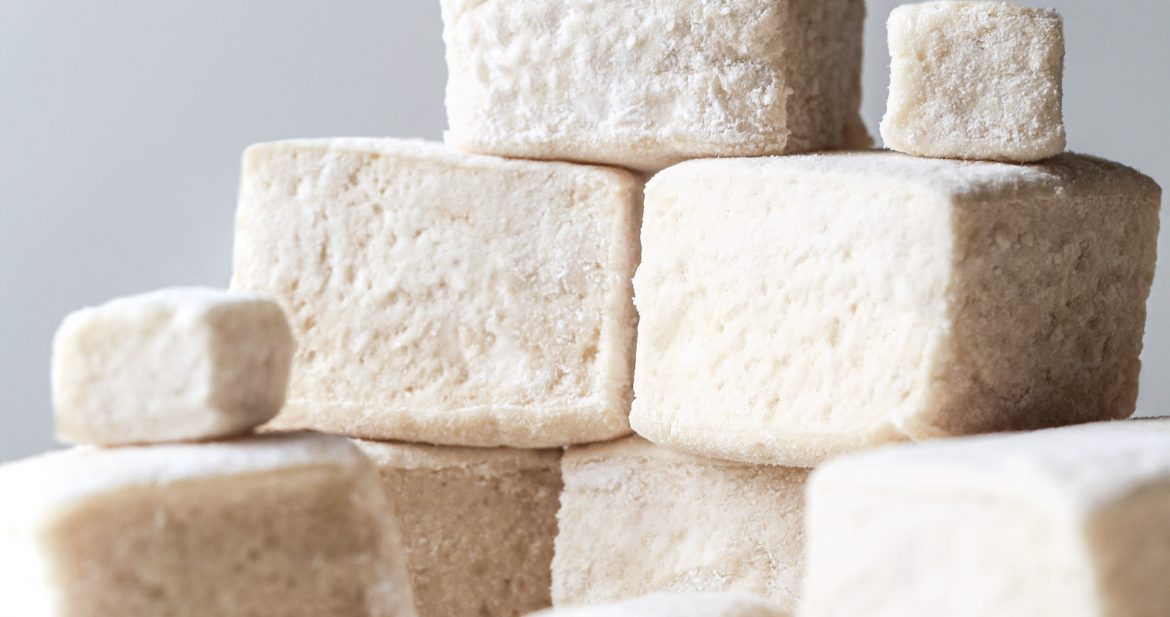 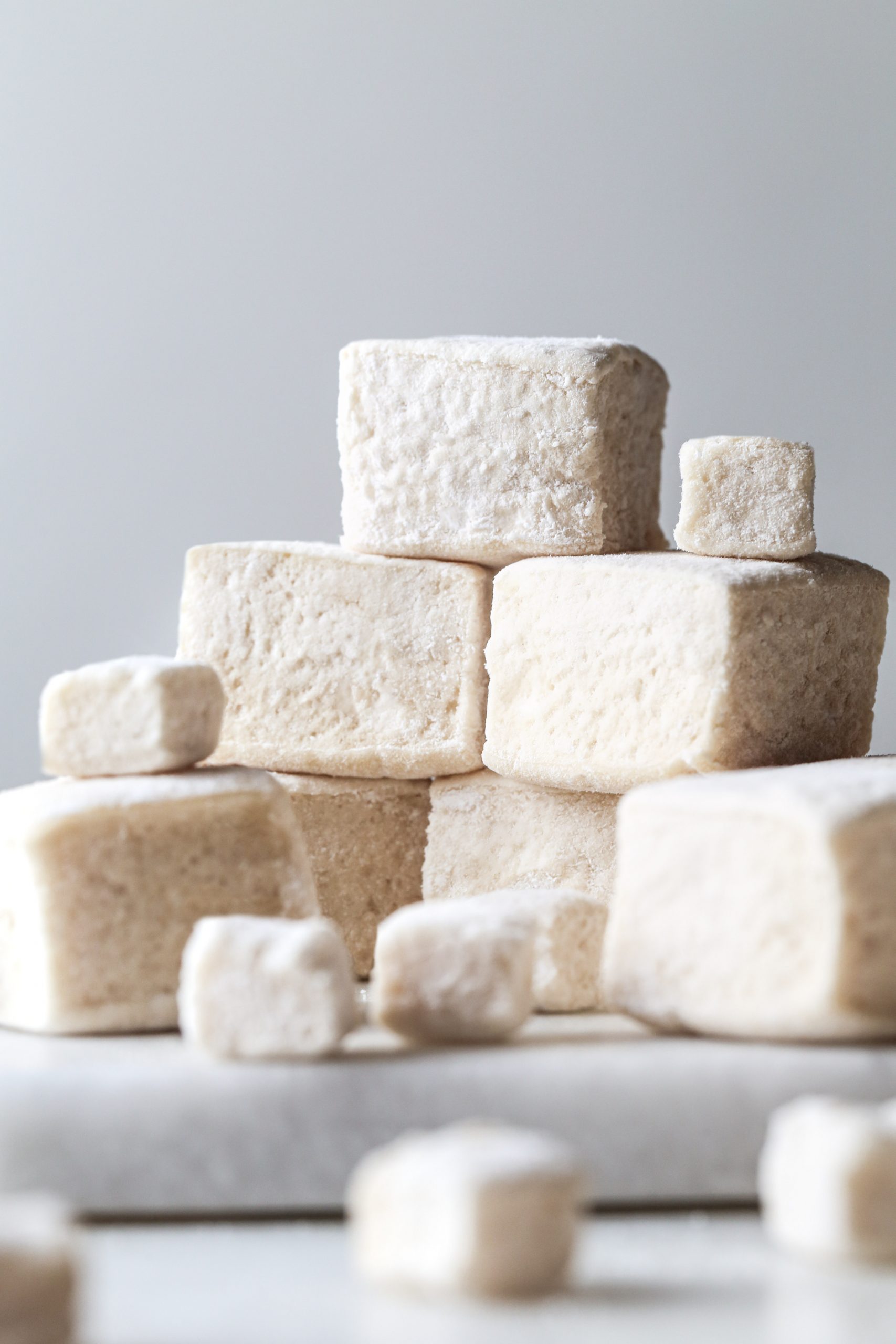 There are just some things in life that are worth the occasional indulgence. Marshmallows are one of those things. What would life be like without these pillowy bites of sweetness?

I’ve been wanting to make my own marshmallows for years. It was on my list, along with French macarons, croissants, and sourdough bread. You know, one of those intimidating recipes that you’d need to set aside an ENTIRE day to make. I also wanted to try and make them a little healthier. It’s hard to enjoy a treat when you know that it contains 2 cups of sugar and half a bottle of corn syrup!

While scouring the internet, I found this helpful recipe and tutorial from The Urban Poser. She made it seem fairly simple, so I decided to try it.

Well, I’m happy to report that they’re really not that difficult to make at all! Mine turned out on the first try. Although my first batch wasn’t the prettiest to look at, they at least tasted good! They definitely have a distinct honey/maple syrup flavor, so if you don’t like these flavors on their own, you probably won’t like the taste of these.

You will need a candy thermometer and a mixer, preferably a stand mixer, but a hand mixer will work too (you’ll get a good arm workout!) The first thing you’ll need to do is “bloom” (a fancy word for soak) the gelatin powder in water, along with your vanilla. I added pure vanilla extract and vanilla bean seeds to enhance that vanilla flavor. You can’t go wrong with the addition of fresh vanilla, right?! 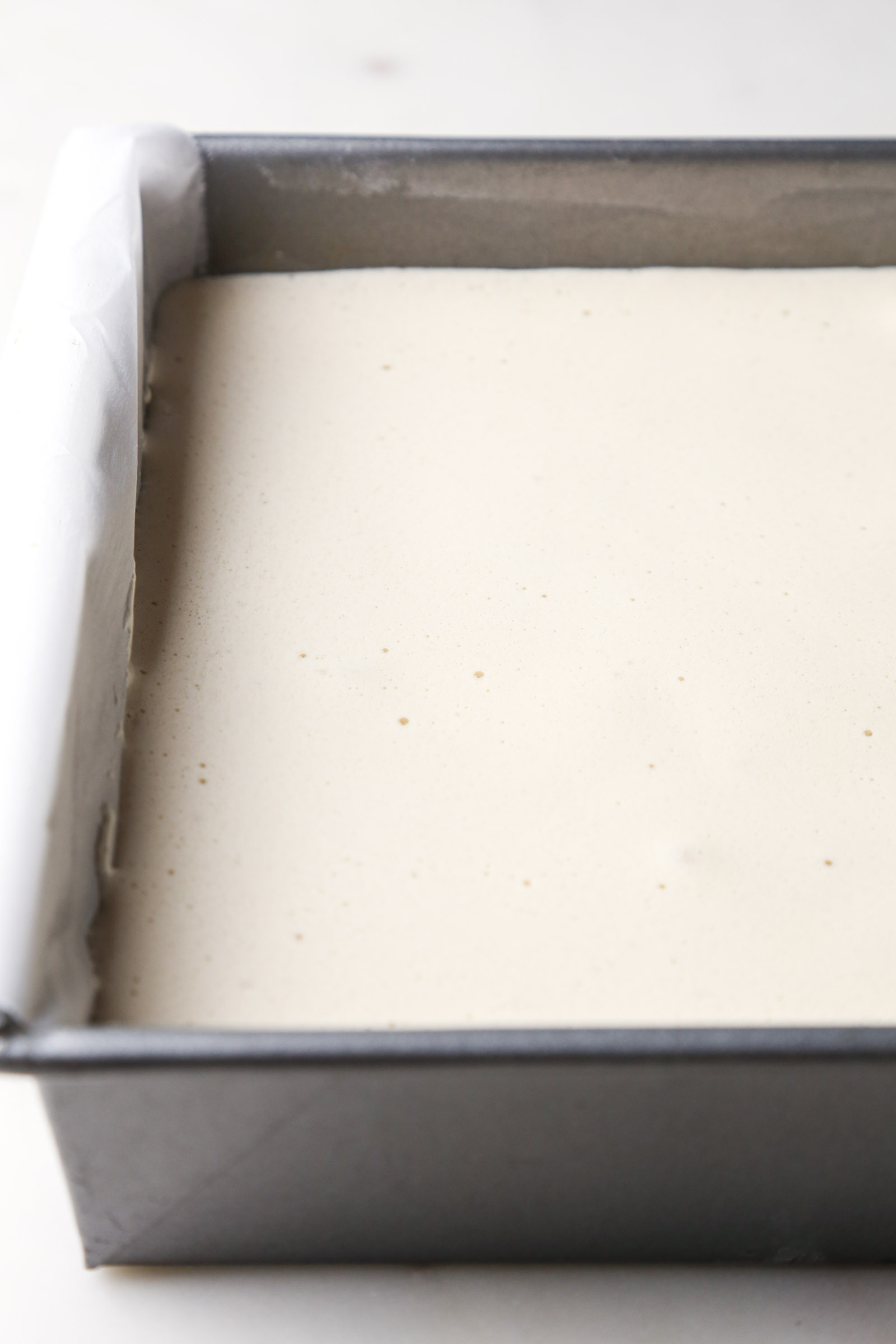 While the gelatin soaks, being to cook the sugar mixture. In a medium saucepan, bring to a boil some water, maple syrup/honey, and salt. Cook to the “soft ball” stage and then carefully pour the hot syrup into the mixing bowl with the gelatin. Beat on low until all the sugar syrup is incorporated. Turn the speed up to high and beat the sugar and gelatin for 6-8 minutes until it becomes light and fluffy, like marshmallow creme.

You want to be careful not to over beat the mixture or the marshmallow will begin to form in the bowl and you won’t be able to transfer it to a pan. It’ll still be good, it’ll just be one giant bowl-shaped marshmallow!

Working quickly, pour the marshmallow mixture into an 8×8 pan that is greased, dusted, and preferably lined with parchment paper. Don’t bother trying to get every last bit of the marshmallow out of the bowl; it sets quickly so you must work fast. Smooth the top, leave on the counter, uncovered (or cover with something that won’t hold moisture, like more parchment paper or cheese cloth) and let the marshmallow set and firm up for about 3-4 hours, give or take.

They are so soft, delicious, and much healthier than the sugar-laden marshmallows from the store. They’re also the perfect accompaniment this Dairy-Free Hot Chocolate! 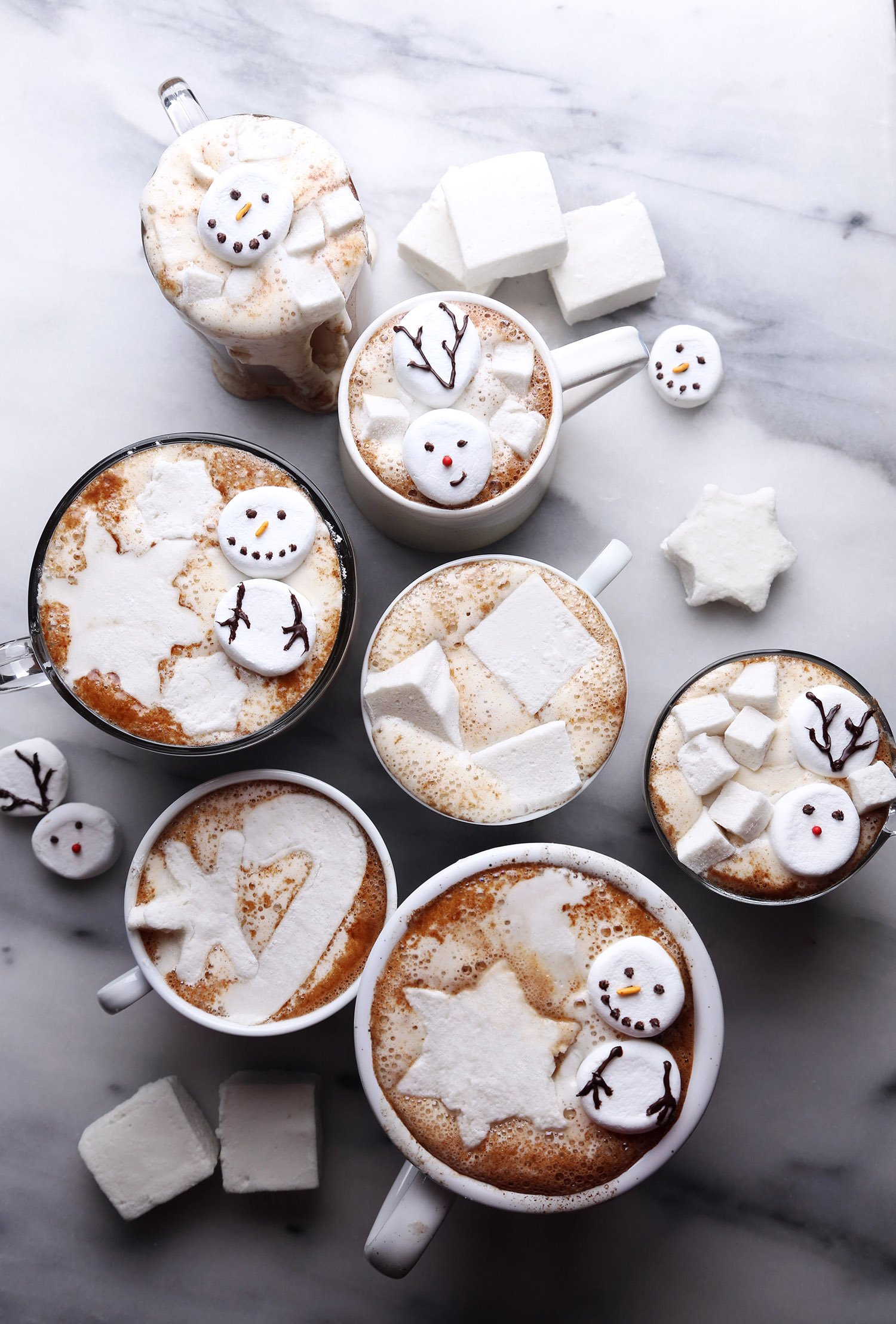 I did also experiment with roasting them over a fire and although they get nice and toasted on the outside, they melt easily and can fall off the skewer if you leave it over the heat too long, so toast and eat them quickly! Hope you enjoy these, friends!

Pour Into The Pan

Tip: If your marshmallow mixture begins firming up before you get a chance to spread it out into the pan, leaving a bumpy top, you can pop the pan into a warm oven for a minute or two and it will melt and become smooth again.