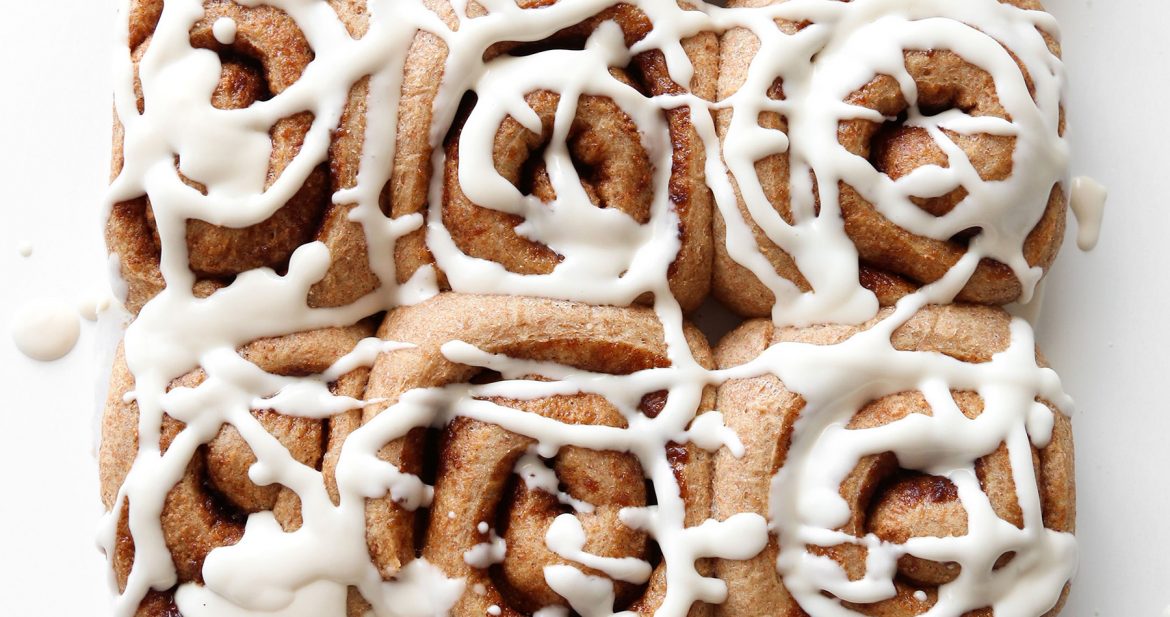 These vegan spelt cinnamon rolls are made with healthier ingredients and are free of eggs, dairy, & refined sugar. Can also substitute whole wheat or all-purpose flour. 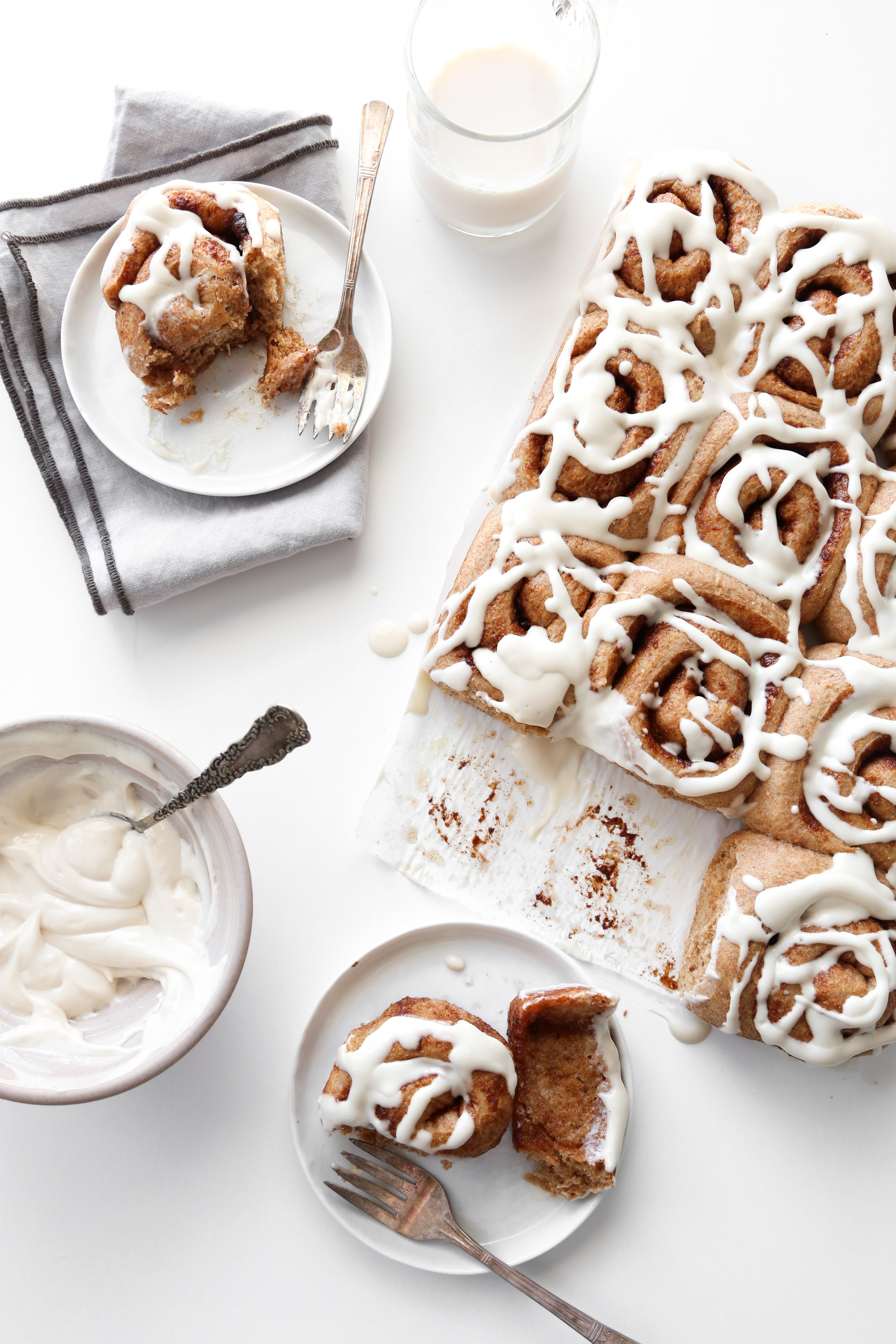 When I got pregnant with my son, I didn’t want anything to do with sweets. Weird for someone who’s typically a dessertaholic, but all I wanted was french fries with ketchup, pizza, and mouth-puckering lemonade. I know, talk about junk food! But, at least it was normal food and not, like, pickles dipped in chocolate or something. 😝

Well, my salty/savory phase only lasted for a few months because in my third trimester I practically lived off Cinnabon. I passed by one on my way to work and would think about it alllll day, chomping at the bit to get off work so I could stuff my face with those giant rolls! Pregnant people and their crazy food impulses! 😂 That saying, “there’s a bun in the oven,” was pretty much true for my baby who was primarily nourished those last few months with cinnamon rolls! 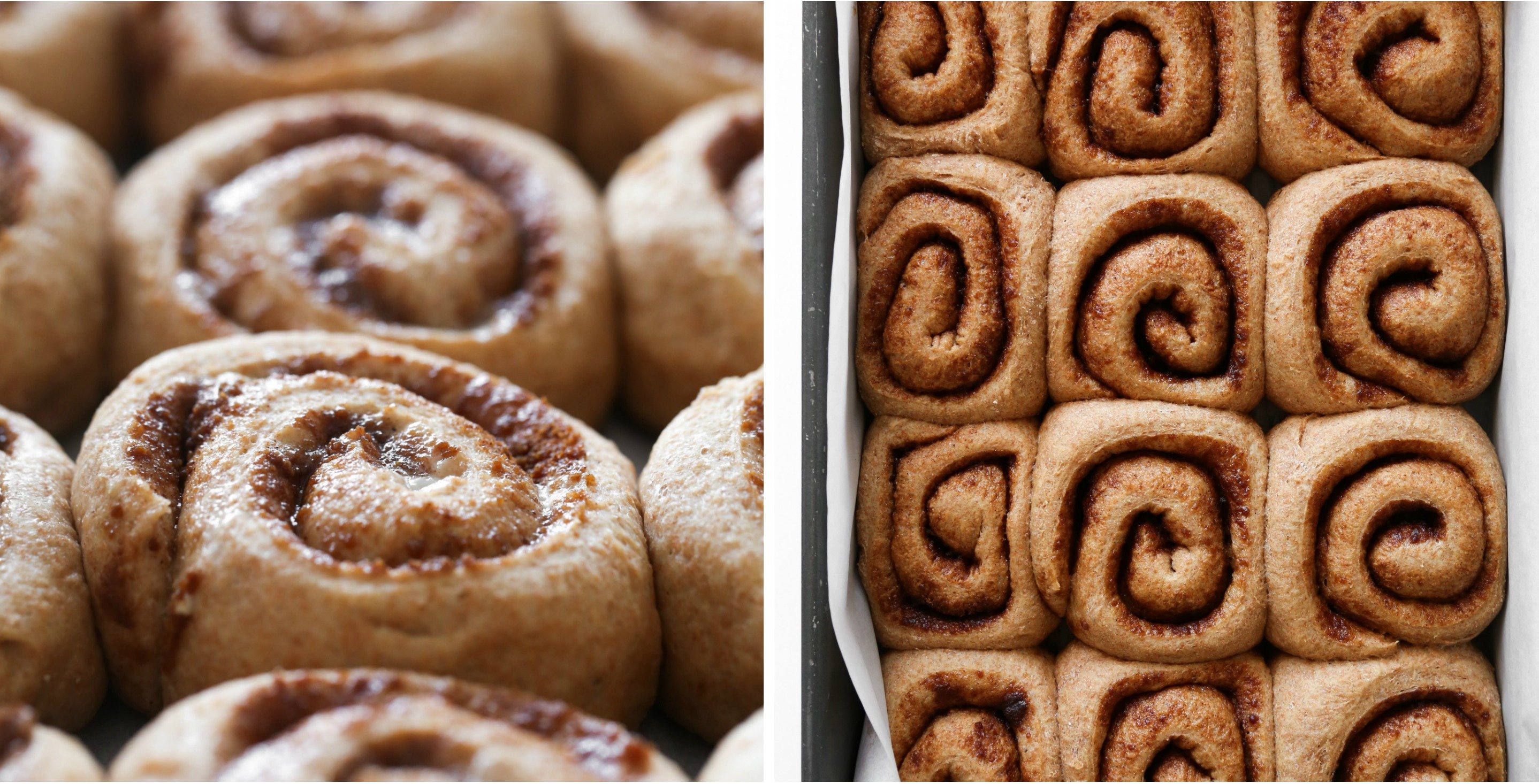 Ever since then, homemade cinnamon rolls have become a regular thing in our house. We all know that cinnamon rolls aren’t usually the most healthy treat, with loads of butter, sugar, and white flour. Since we enjoy making these often, I wanted to come up with a version that I felt better about serving my family.

I made these with spelt flour, which is an ancient strain of wheat, but much less modified. Spelt does contain gluten, but since it’s easier to digest, many people with gluten sensitivities can tolerate it. I’ve been testing recipes for some gluten-free cinnamon rolls too, but am not completely happy with the results just yet. I’ll be sure to share that recipe when it’s ready though, so stay tuned! 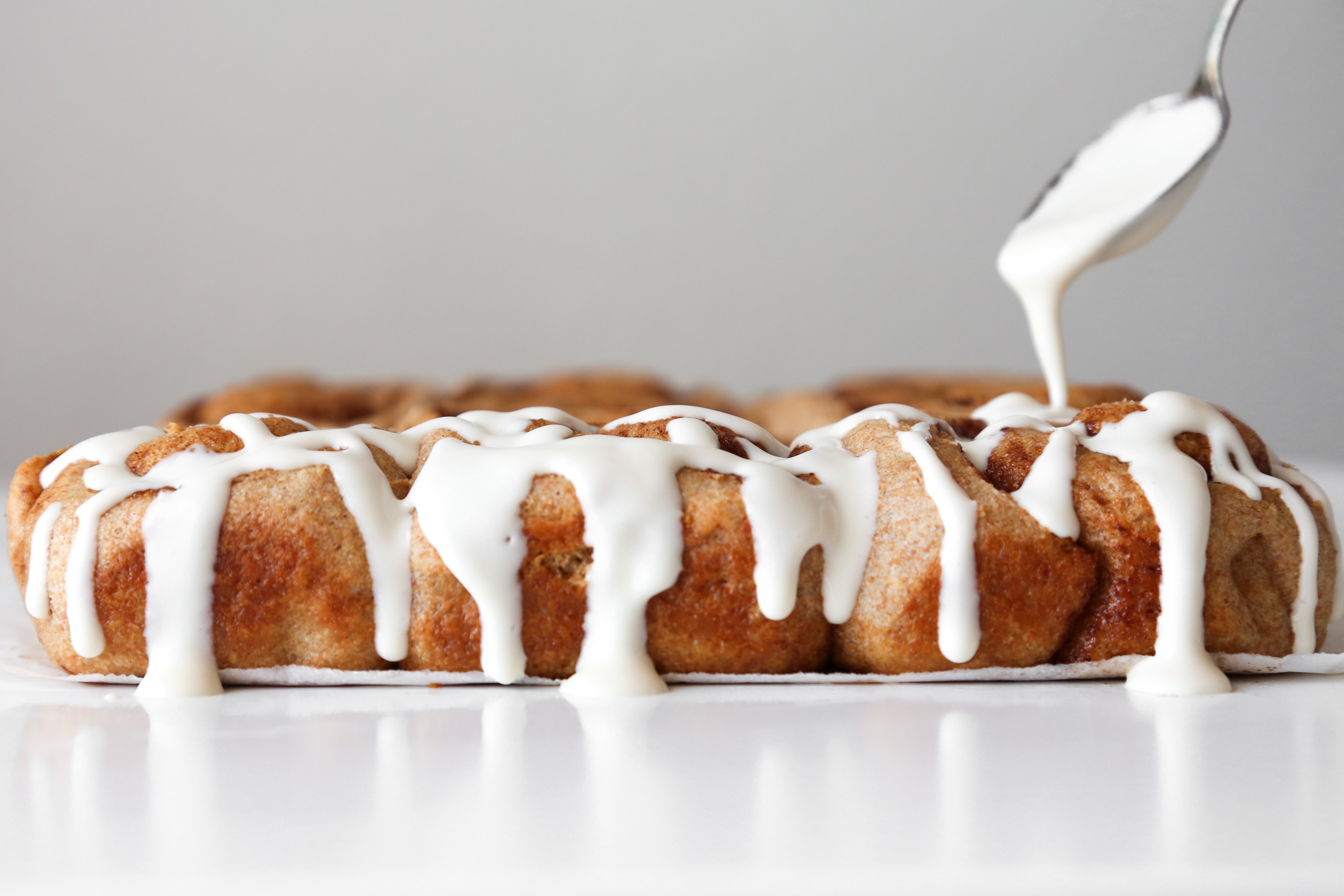 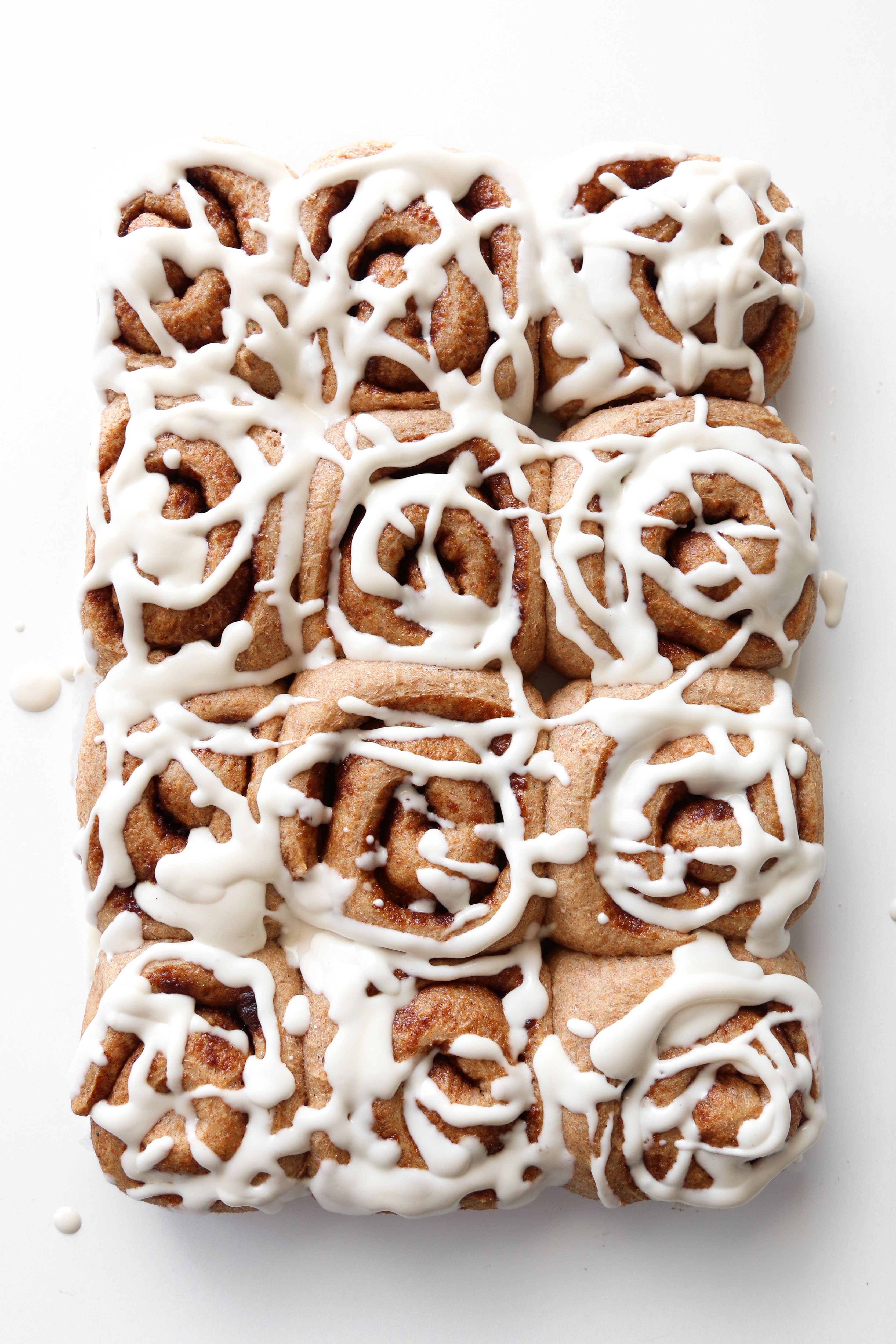 These cinnamon rolls are made with whole grains and free of dairy and refined sugar. They’re a delicious treat you can feel good about serving your family! I hope you enjoy them! 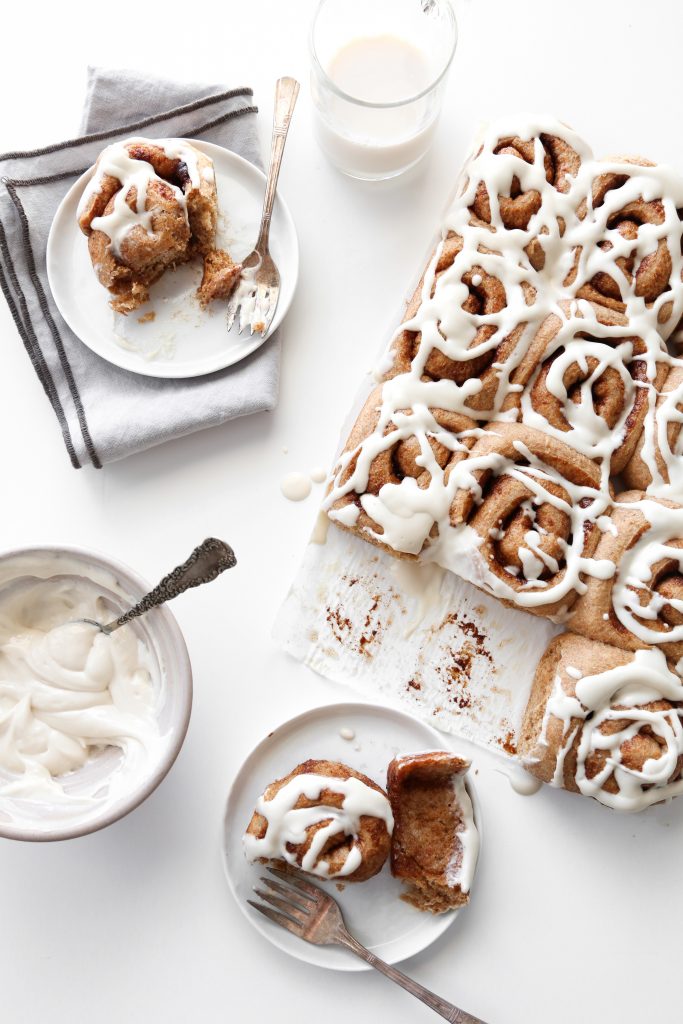