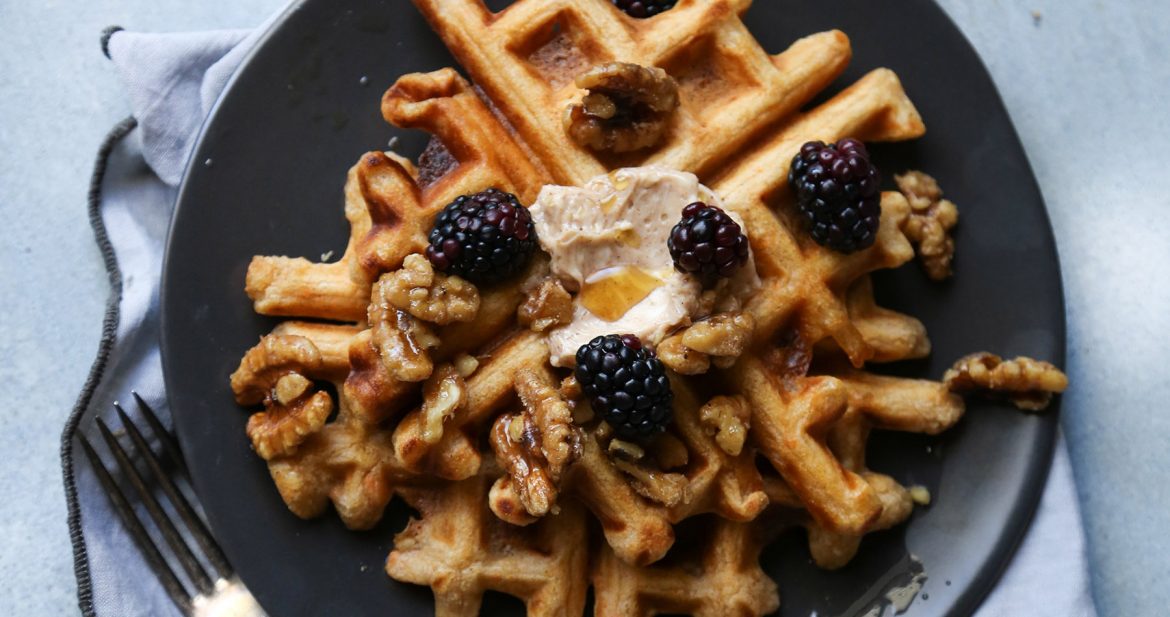 Sweet potato waffles and other wholesome ingredients topped with cinnamon butter, candied walnuts, and a drizzle of maple syrup! So delicious! 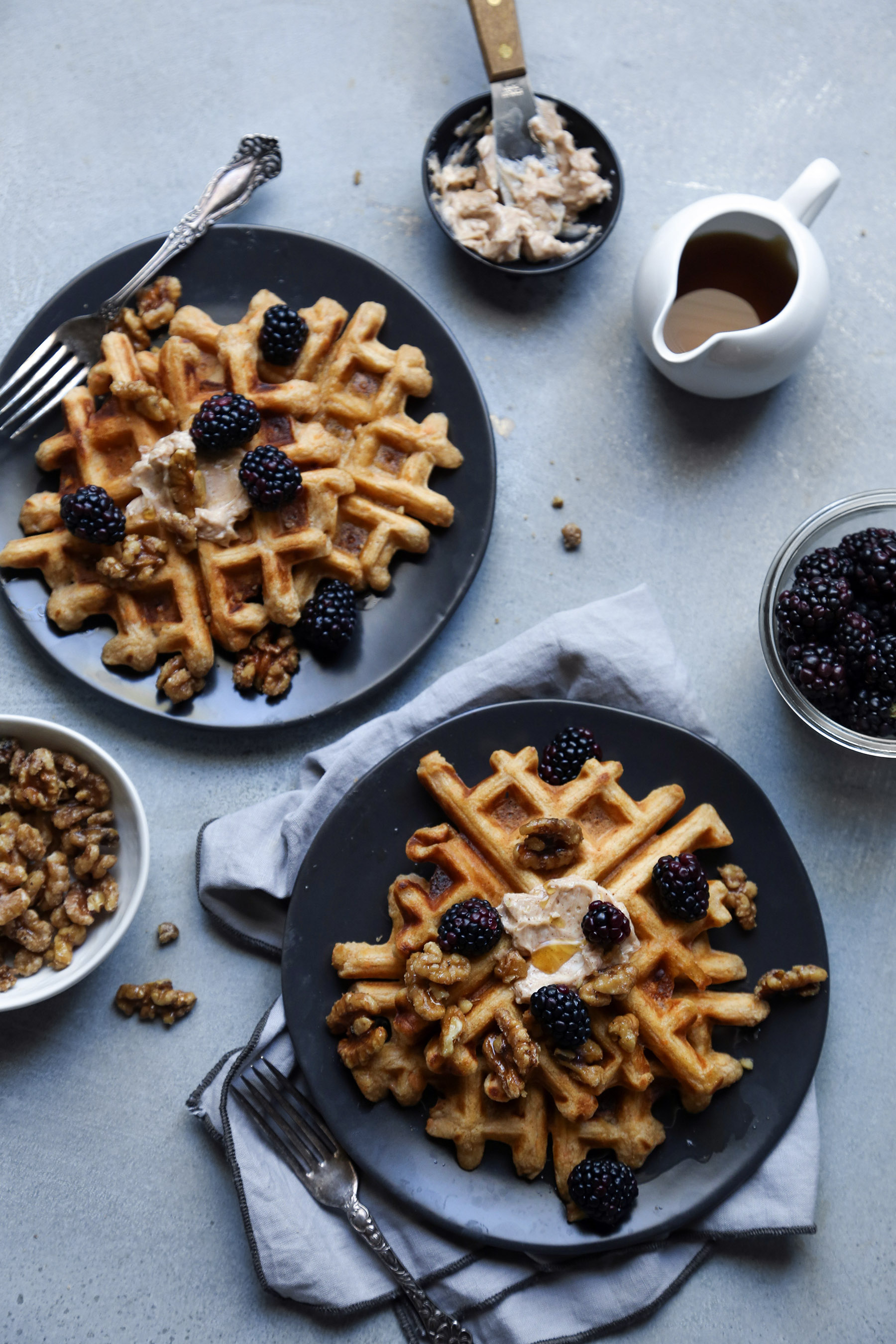 We’ve already established the fact that I love breakfast. The

thing about these sweet potato waffles with cinnamon honey butter and toasted pecans is that technically it could easily suffice for dinner too. I mean, besides the fact that I’d happily eat these for any meal of the day, and will nine times out of ten choose sweet to savory, I do in fact eat sweet potatoes for dinner often. My favorite way to them is very similar to this: with a pat of butter, a sprinkle of cinnamon, and a touch of maple syrup. It’s seriously yum..you should definitely try it sometime 🙂

…so, have I convinced you to start making waffles for dinner yet?! 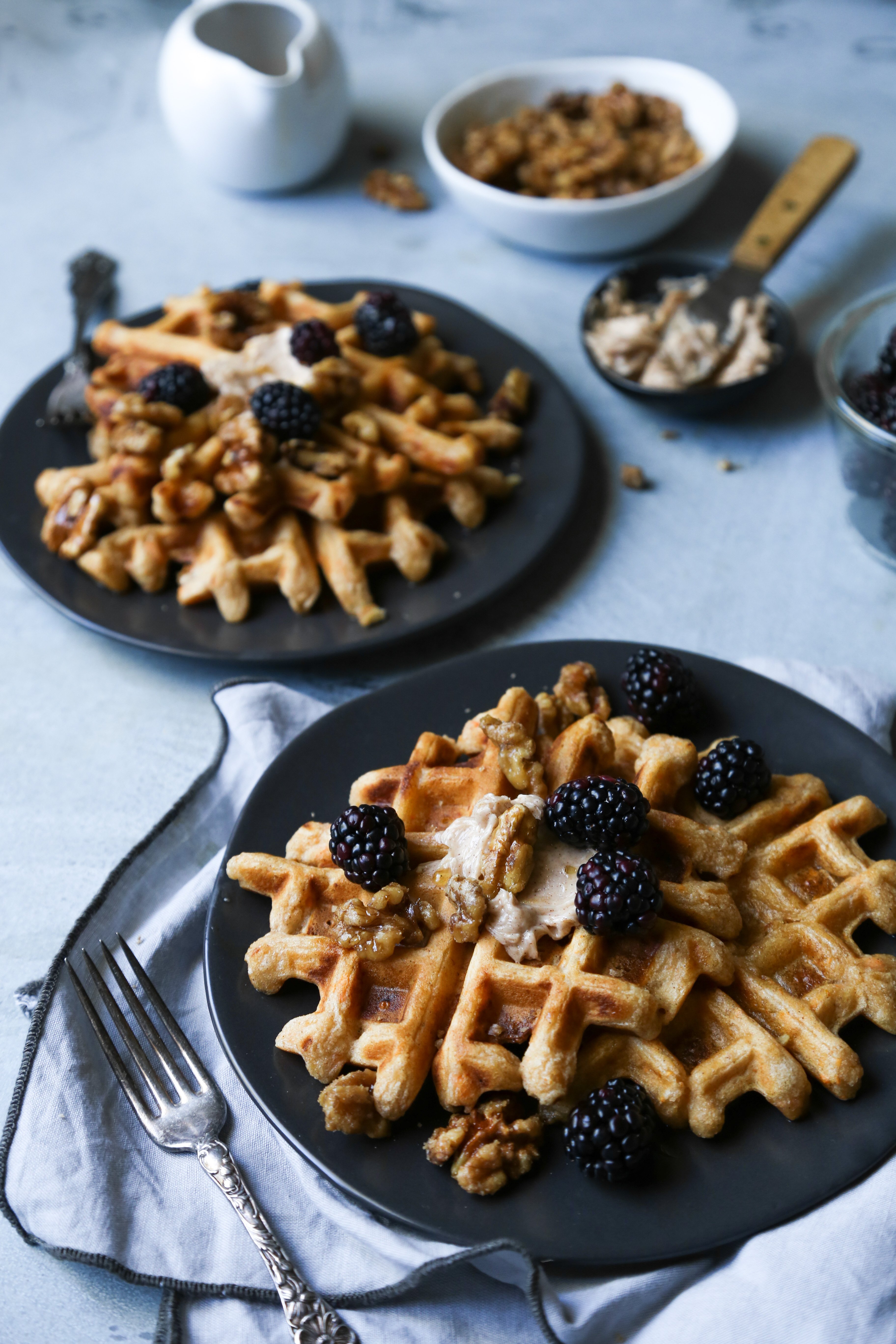 I’m usually a pancake kind of girl, which is really only because I don’t like the fact that waffles can only be made one at a time. I’m not the most patient of people and even though I’m pretty used to eating cold food (food photographer probs,) waffles are one of those foods that are best eaten hot, especially if you prefer crispy to soggy. 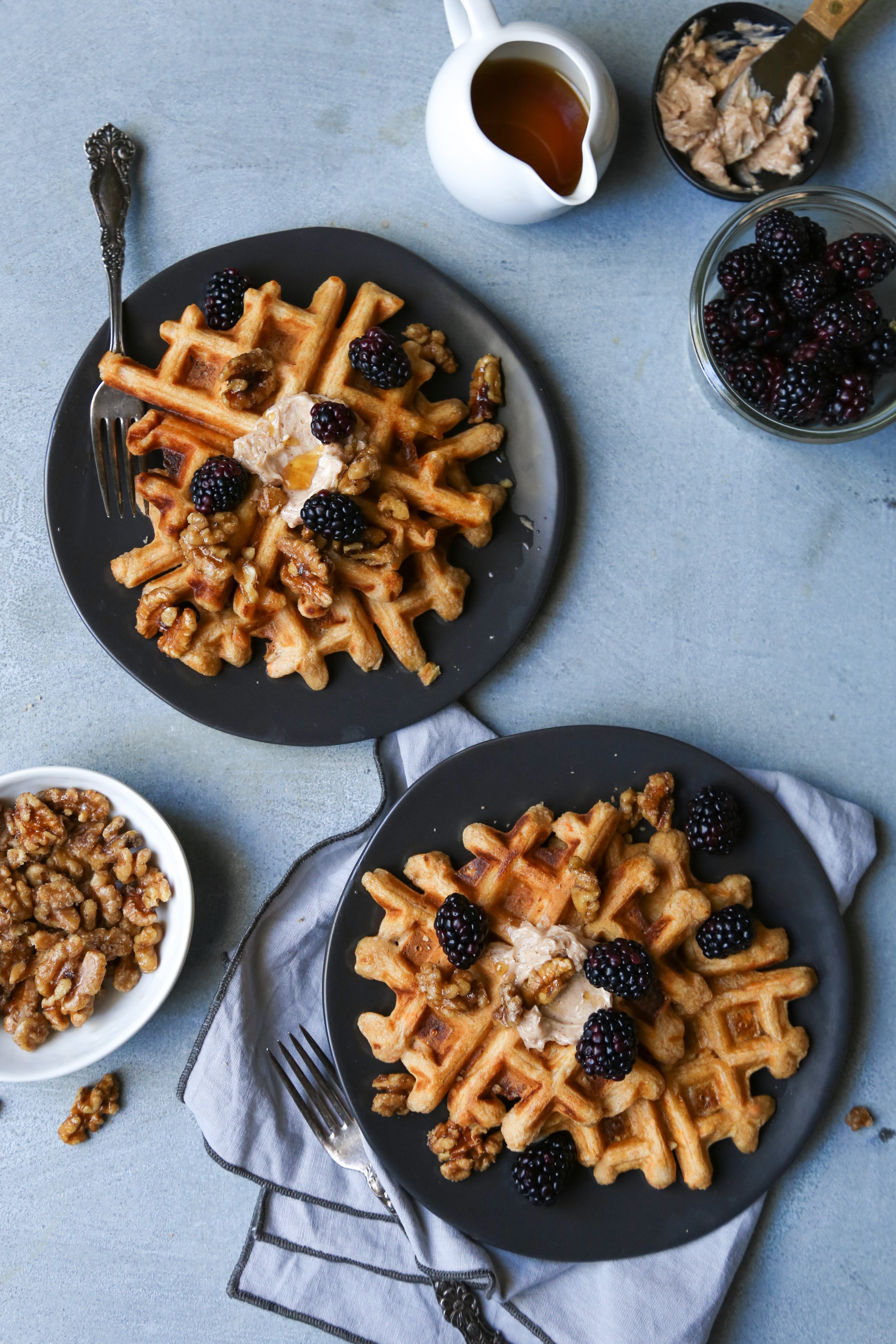 The best way to keep them crispy is to store the finished waffles on a wire rack placed over a baking sheet in a 200 degree oven. The wire rack allows the air to circulate so the steam they give off doesn’t make them soggy. Resist the temptation to stack hot waffles as this will ensure lots of moisture, which equals limp and soggy waffles. *sad face* 🙁 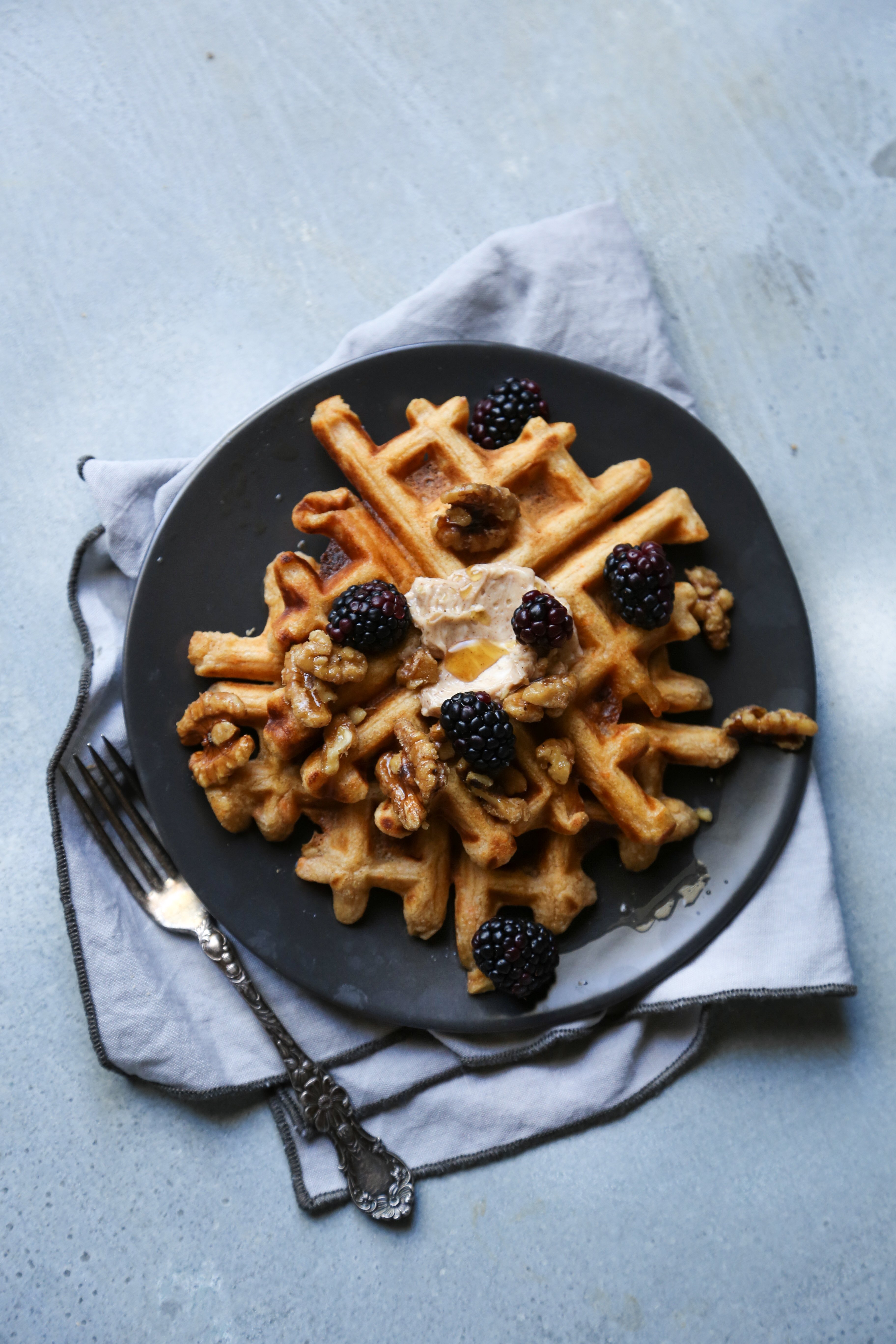 Hey, someone has to like the soggy waffles. Just like someone has to like the hard, crunchy corner piece of the brownies.  I honestly can’t wrap my mind around that one. Like, you seriously prefer that to the ooey, gooey, fudgy center?!?! Oh well, that just makes more for me 😉 Go make you some of these waffles! They are pretty amazing, if I do say so myself! 🙂 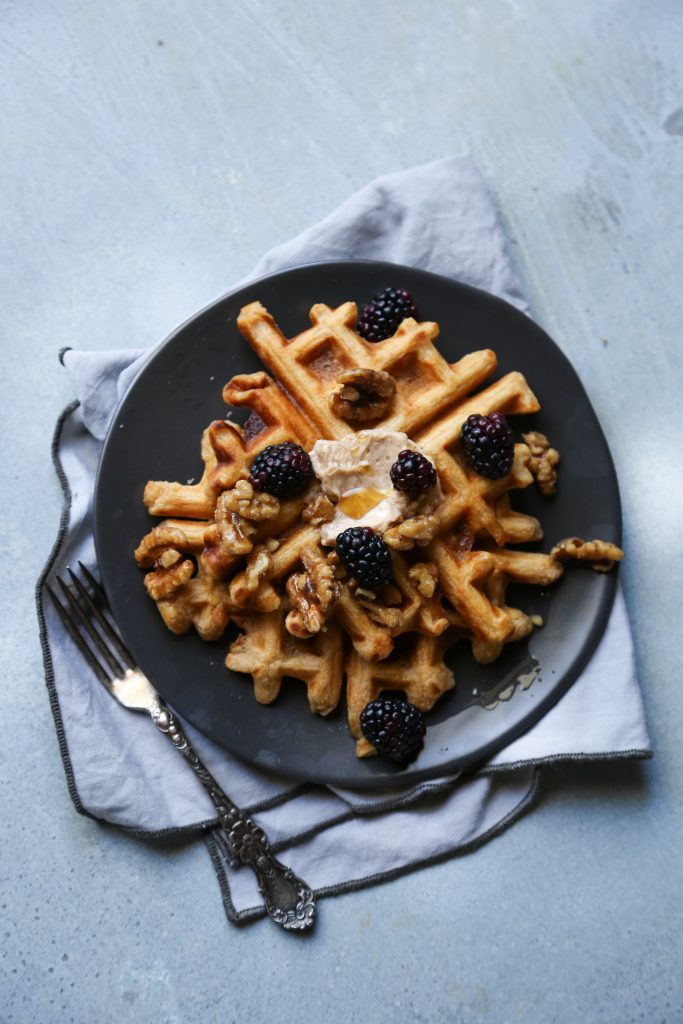 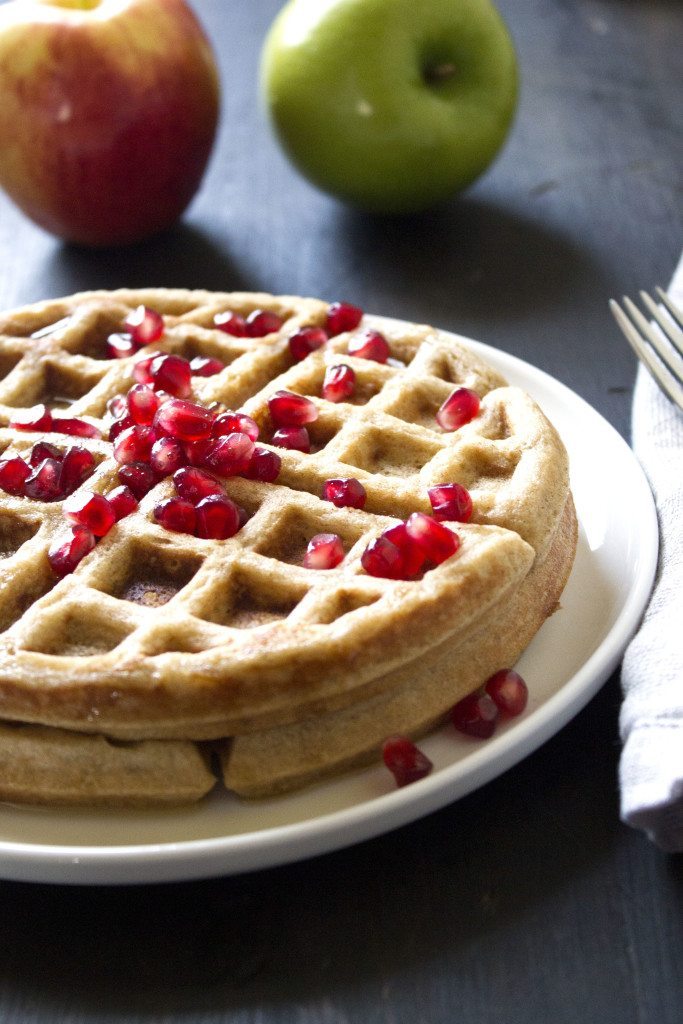 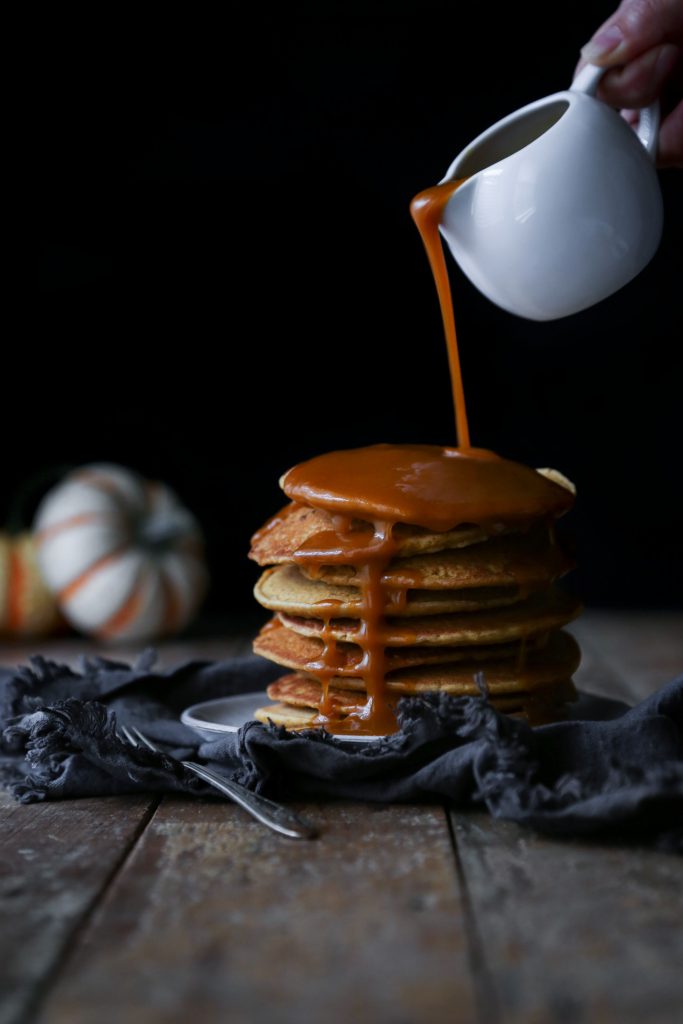 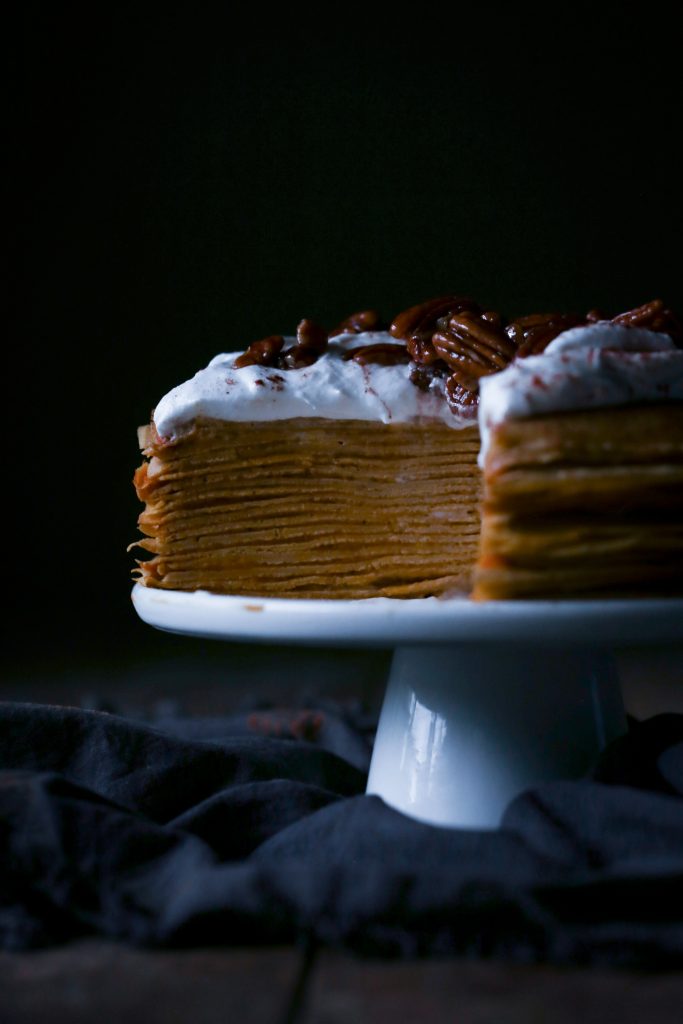