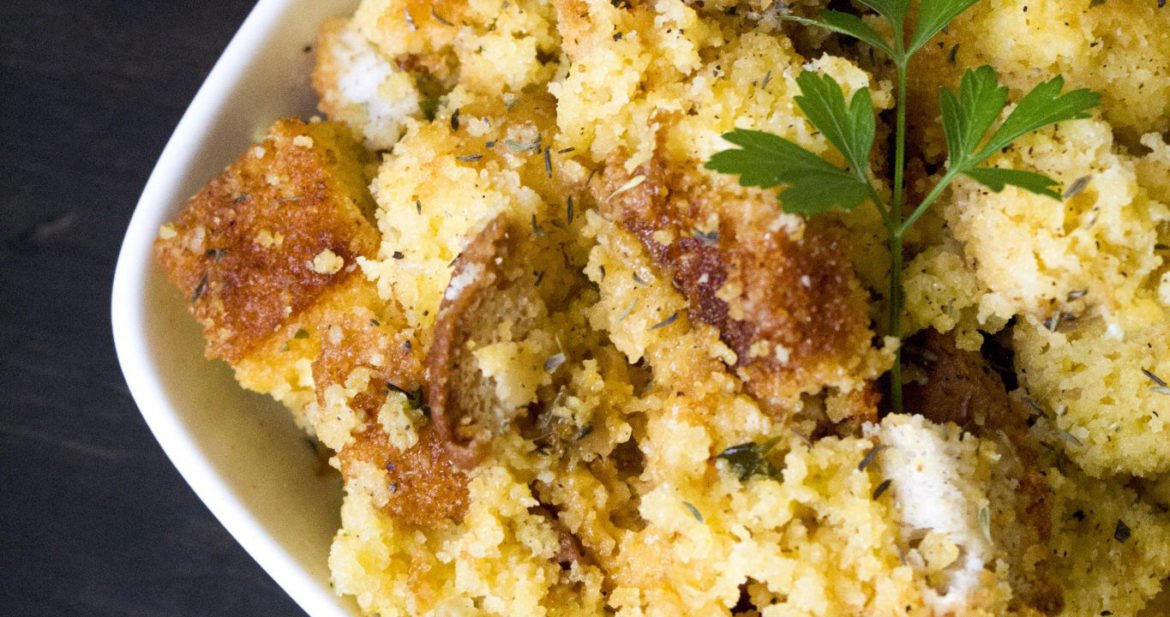 This slow cooker cornbread stuffing is moist and delicious. You can “set it and forget it” while you focus on the other dishes in your meal. It can be adapted to be gluten and egg free, as well as vegan. 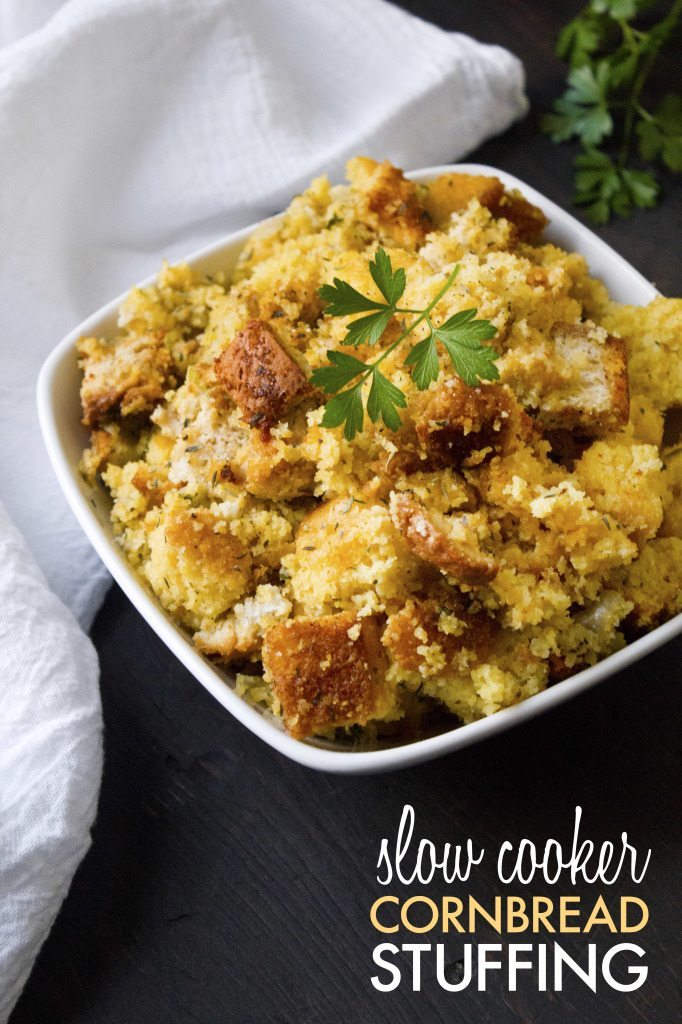 Being a breadaholic, stuffing is one of my favorite sides on Thanksgiving. It’s also one of those sides which normally take up precious space in the oven. Every year it seems there’s a fight for oven time, with the turkey dominating 75% of it. My mom always bought the biggest turkey she could find too, which took half the day to bake. 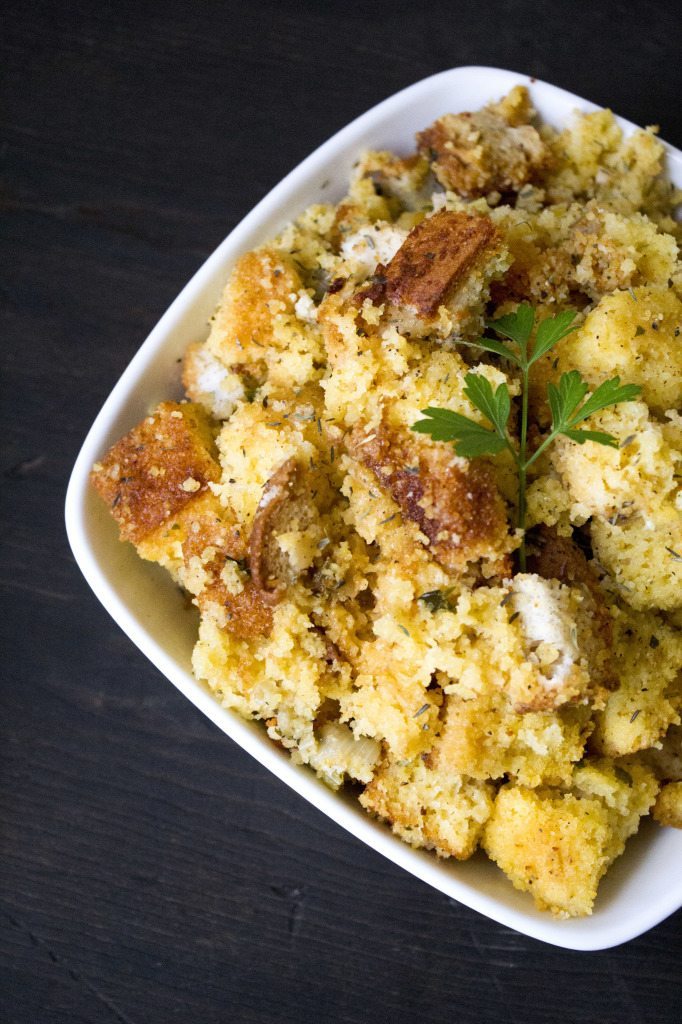 This year, I was determined to find a better solution. We will adjust the menu to include some sautéed vegetables, instead of casseroles which need to be baked, and will try and make some sides ahead of time that can simply be reheated before serving. I also want to make use of my electric skillet and slow cooker…those long forgotten small appliances which always get looked over hidden in the back of my kitchen cabinet. 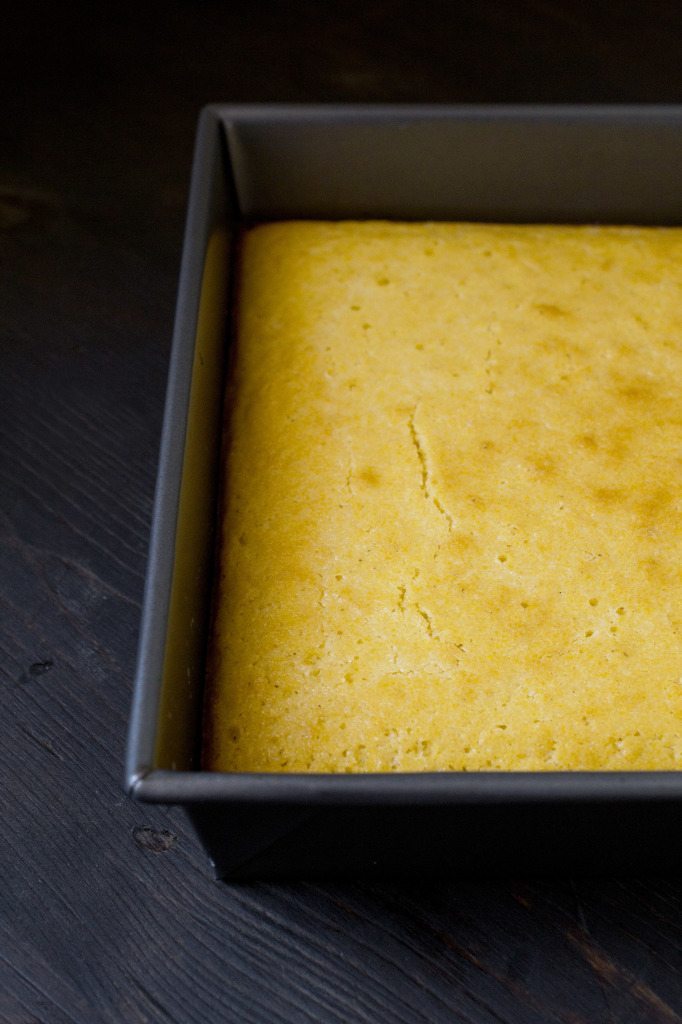 I decided to try stuffing in the slow cooker. Not only was it delicious, it was pretty simple to make! The good thing about stuffing is that it’s best to used day-old bread, which means you can make the cornbread a day or two in advance. Here’s a link to my easy cornbread recipe. You can also save more time by assembling the cubed bread and cooked vegetables the night before, put it in the fridge and just add the broth before turning it on to cook! 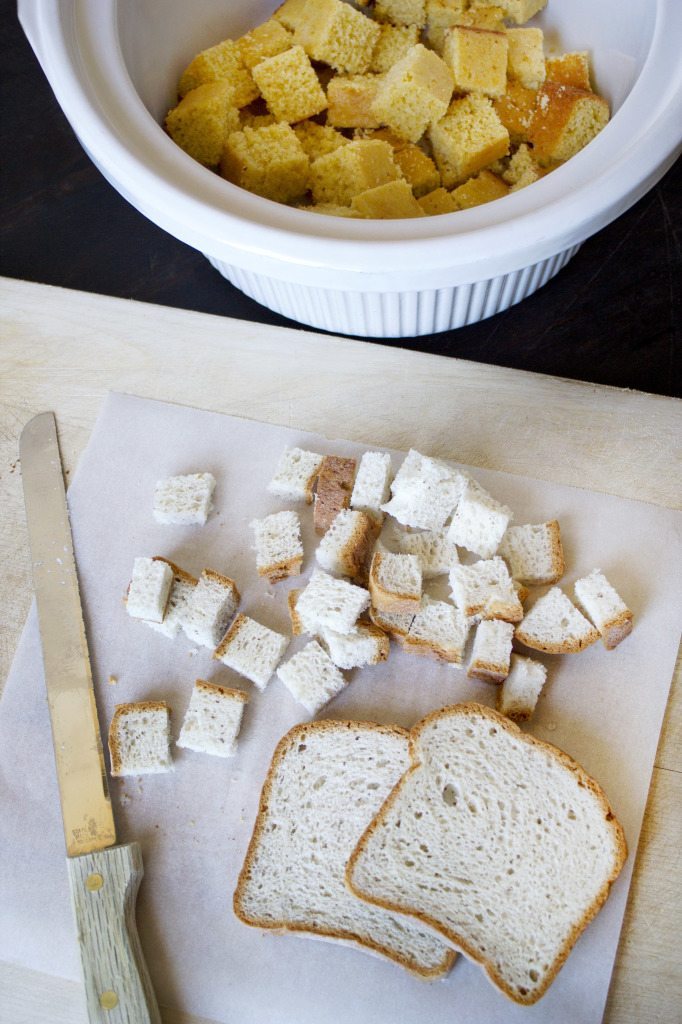 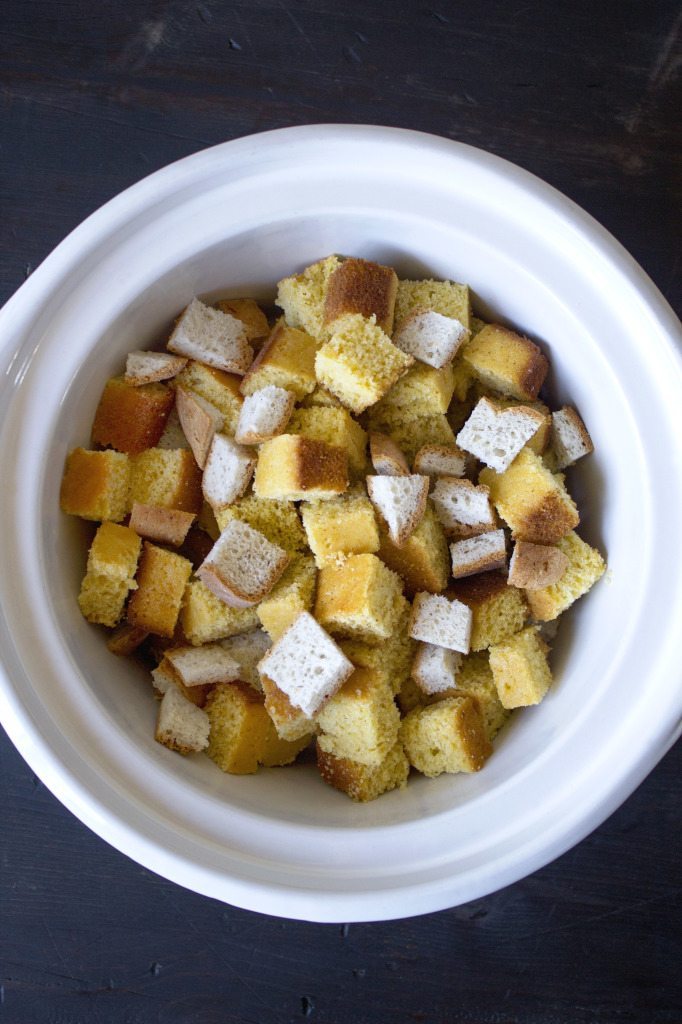 The process is fairly simple. Cut the cornbread and other bread of your choice into 1-inch cubes and place in the bowl of your slow cooker. I used gluten free sandwich bread because it’s naturally more firm so it doesn’t get soggy, but you can use day old rolls, biscuits, or pre-packaged stuffing bread cubes. Just don’t use soft sandwich bread or it may just turn to mush. Unless you like mush, then by all means use whatever you like! I’m not gonna judge…to each his own, right?! 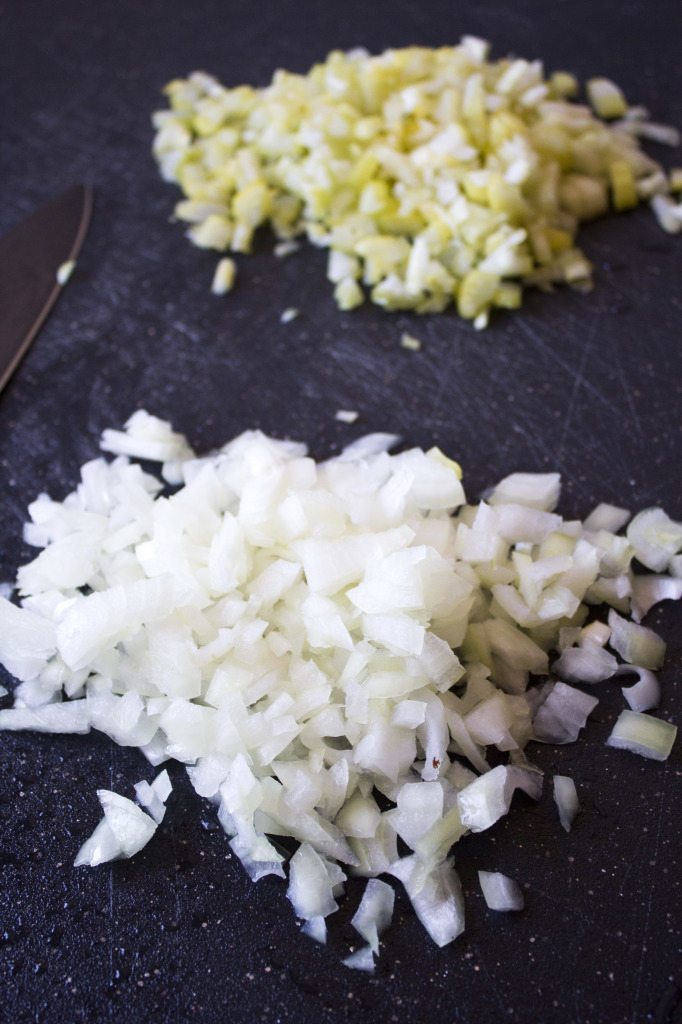 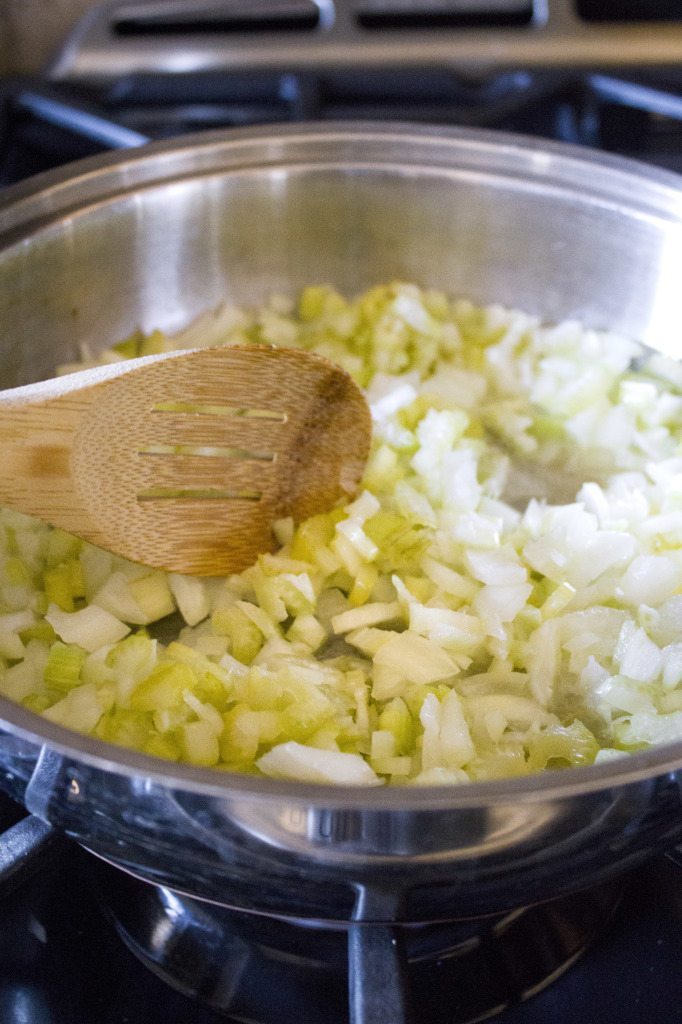 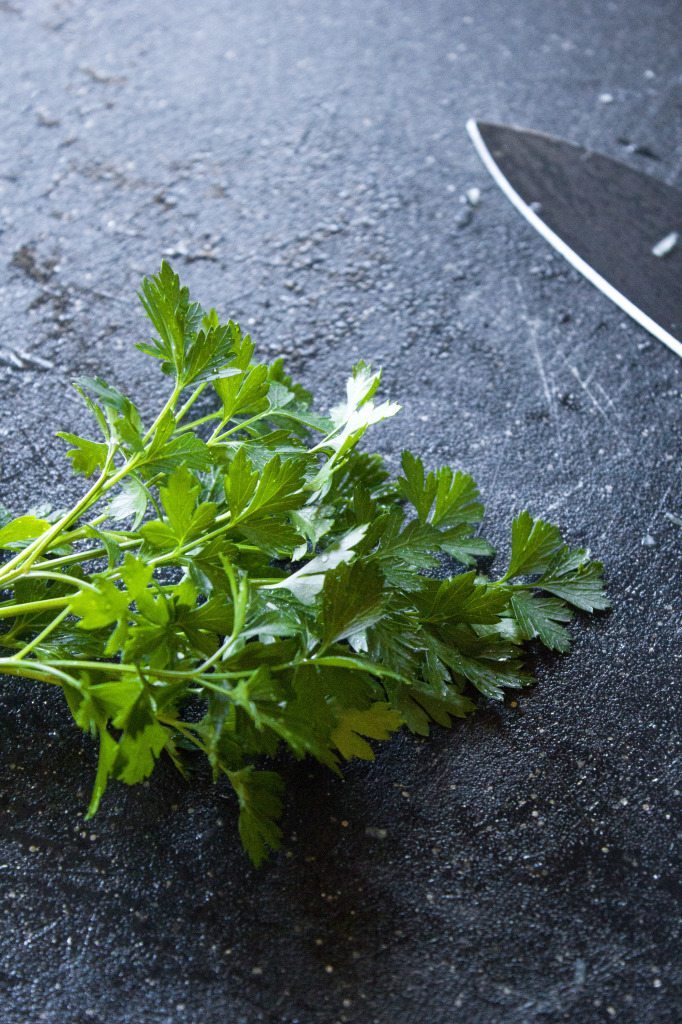 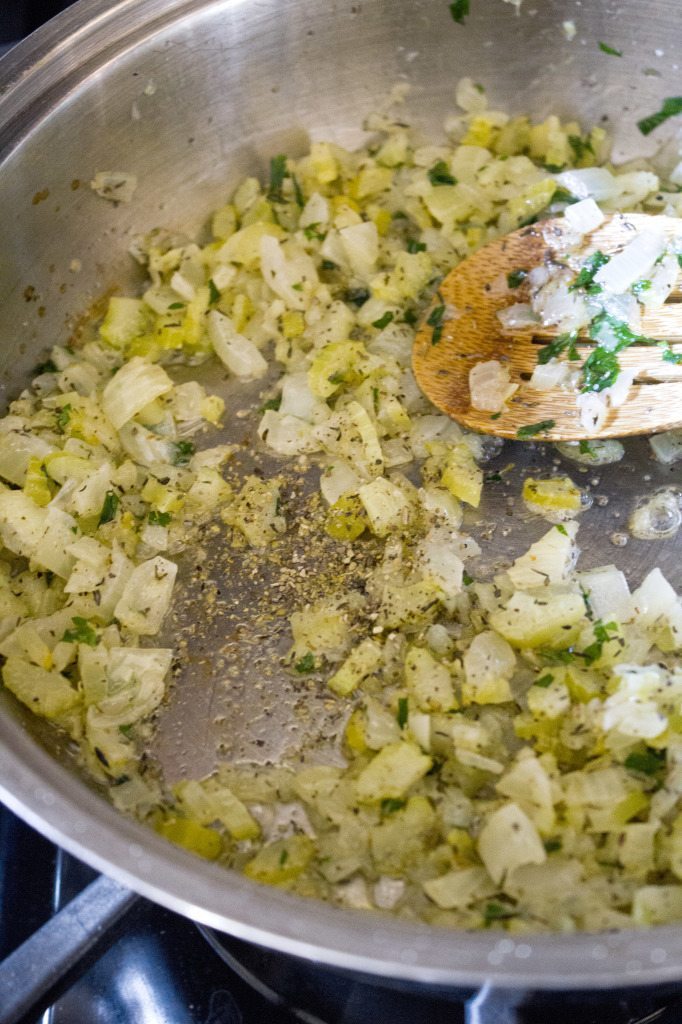 Sauté the onions and celery in some butter or coconut oil until translucent, about 5-7 minutes. Add chopped parsley and other seasonings. Depending on the sodium in your chicken broth, you may need to add additional salt. I always use low-sodium broth, if not homemade, so I can adjust the salt to my liking. I added about a teaspoon of salt in to the onion mixture and then sprinkled in a little more later, when I tasted it midway through cooking. I always advise to season to taste because everyone’s taste buds are different:) 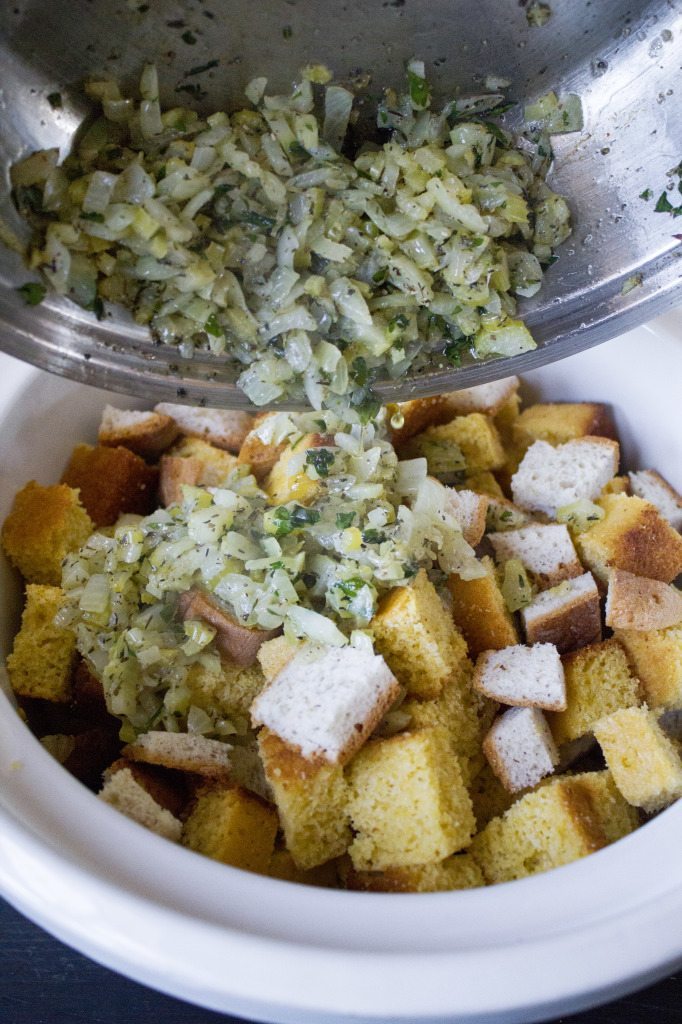 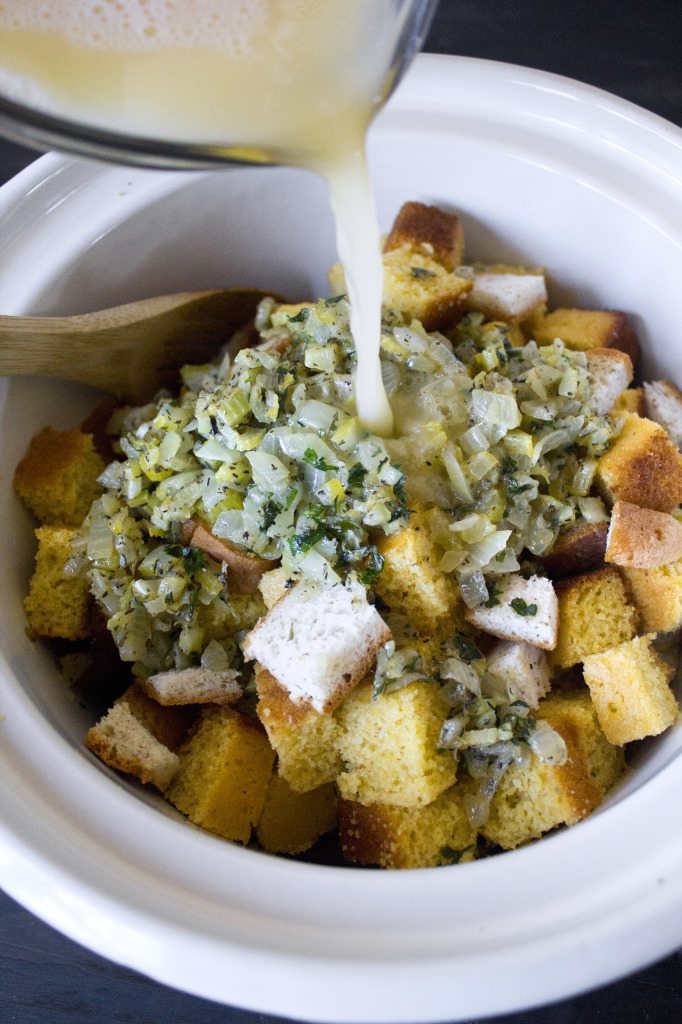 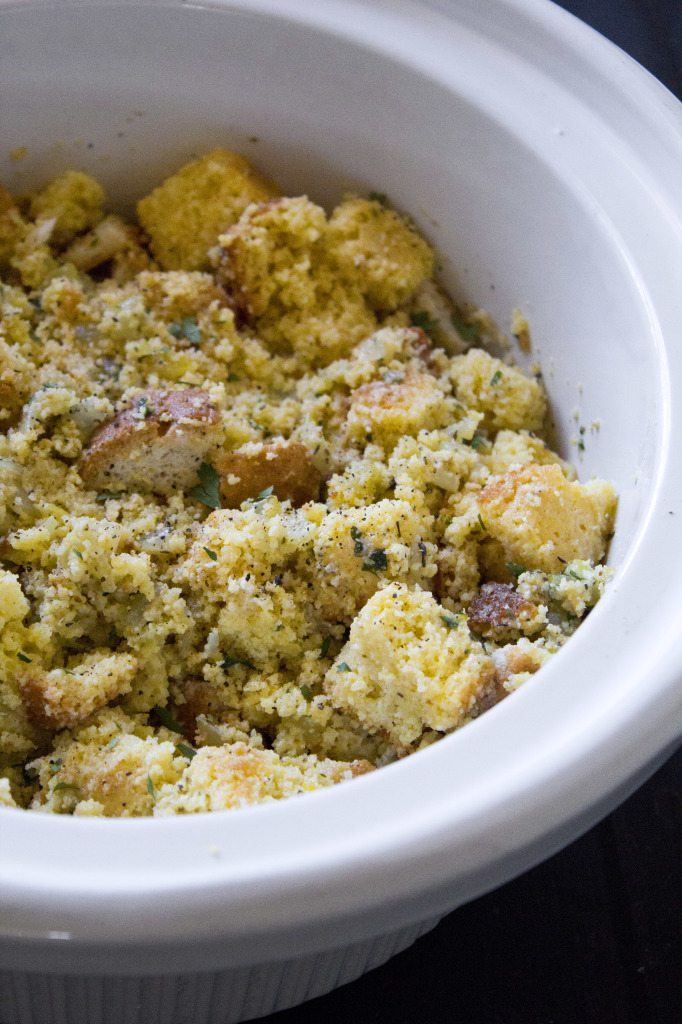 Add the vegetable mixture to the cubed bread. Many stuffing recipes call for an egg to help hold the stuffing together. If you need it to be egg-free, just omit it. If you are using an egg, mix it into your broth. Pour your egg/broth mixture in with the bread and veggies and gently fold the ingredients together until all the bread is coated with broth. The top may look a little dry, but be careful not to add too much liquid. The mixture will steam while cooking and the stuffing should be moist and fluffy at the very end. I recommend adding more towards the end, if it’s not moist enough for your liking. Remember, you can add more liquid later, but if you add too much in the beginning and it becomes mushy it’ll be hard to fix it at that point. 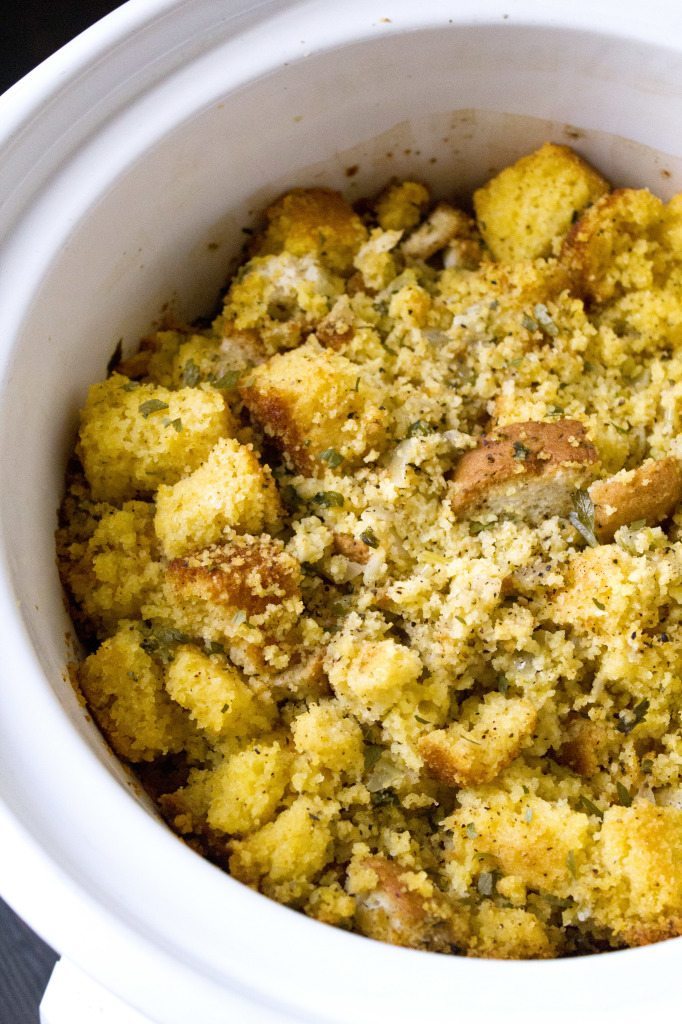 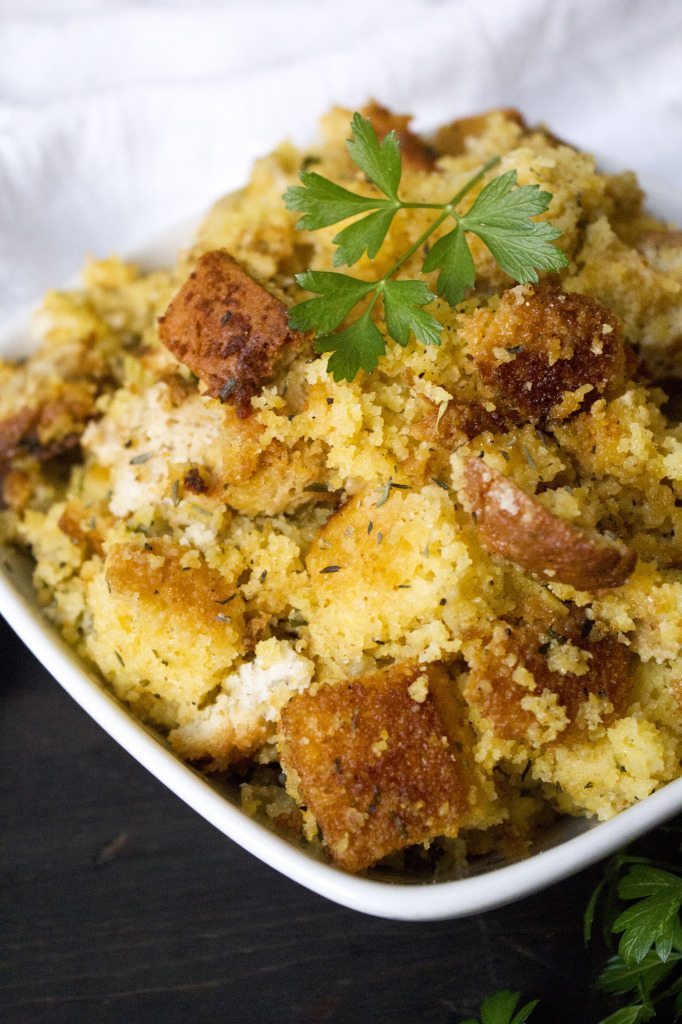 Cook the mixture on low for 4-6 hours. When it’s finished, gently stir the mixture and add any additional seasonings or broth, if needed. I hope this recipe helps ease the stress of your Thanksgiving cooking! Enjoy and have a happy turkey day!

Moist and delicious homemade cornbread stuffing made in a slow cooker. You can “set it and forget it” while you focus on the other dishes in your meal. Can be adapted to be gluten and egg free, as well as vegan.