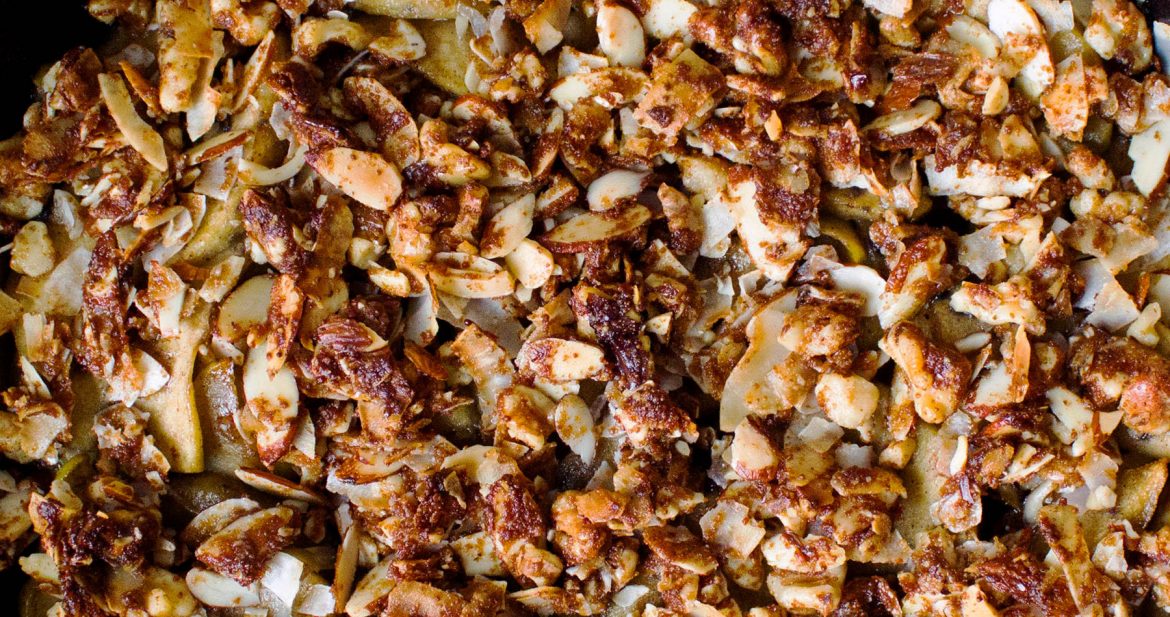 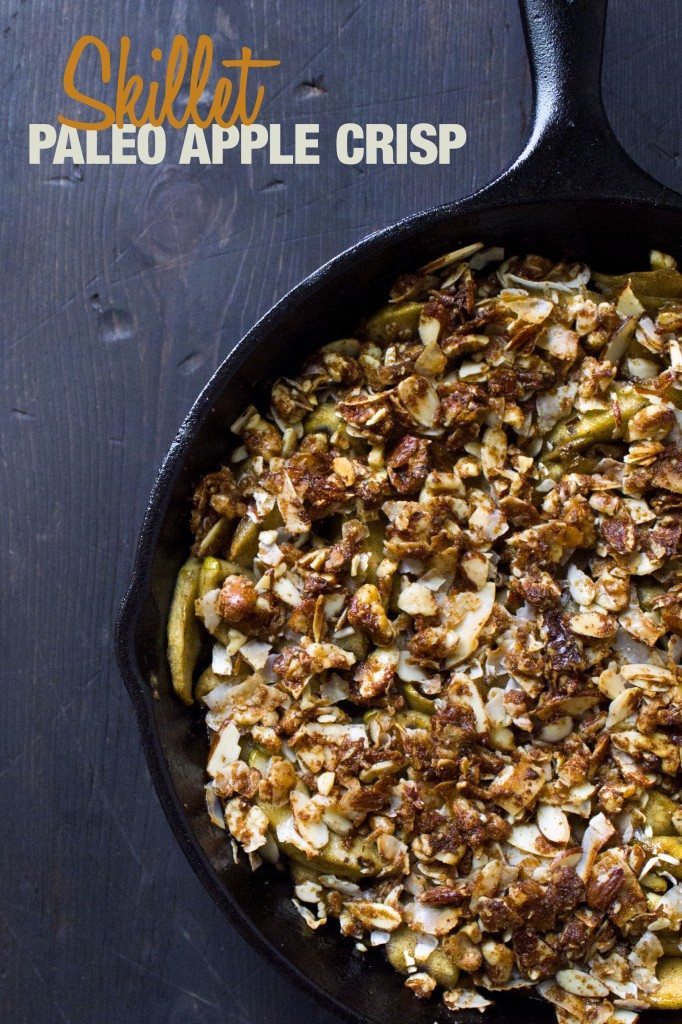 Growing up, apple desserts were never my favorite. Probably because the only apple desserts I had ever eaten were the cold, greasy apple pies from the grocery store. I shudder at the thought.

Then, I met my husband and can you guess what his favorite dessert is? 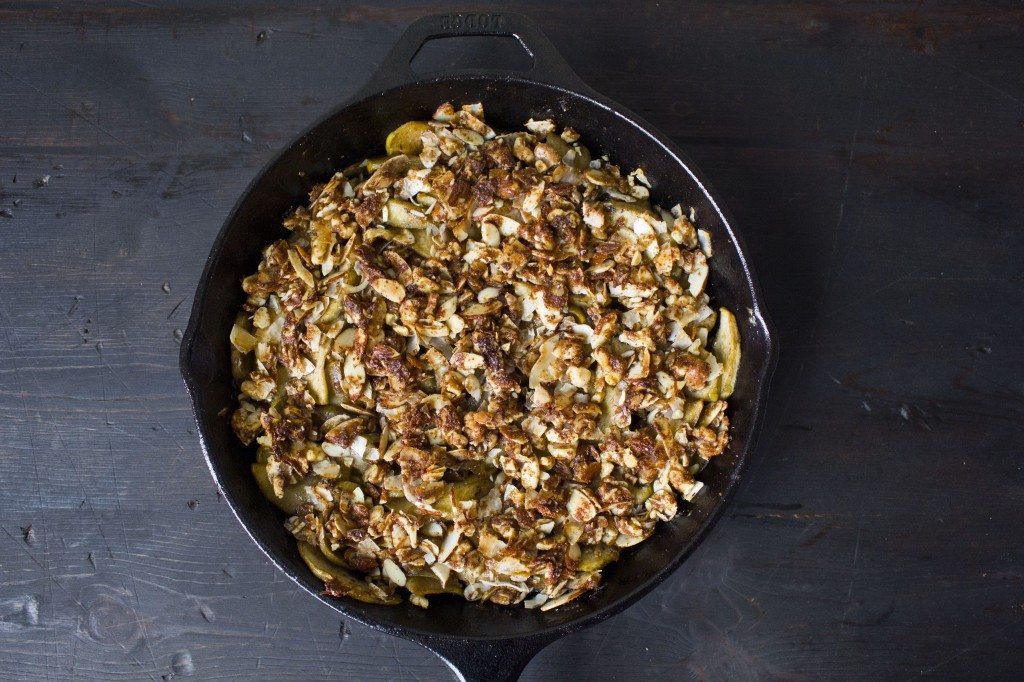 I mean, seriously?! Of all the desserts out there? We had to remedy this situation. I don’t mean remedy by trying to get him not to like apple desserts anymore. (Well, actually, I did try…It just didn’t work!) I needed to make an apple dessert that we both enjoyed. Over the years I have tried so many delicious apple recipes and have actually come to really like apple desserts! One of my favorite apple desserts to make is an apple crisp, mostly because it’s like an apple pie, but much easier (and I like easy!)

The type of apples you use are important too. Certain apples like granny smith, golden delicious, honeycrisp, or gala, are often used for baking, not only for their taste, but texture as well. Some varieties, like red delicious, become too mushy and flavorless after baking and therefore would not be a good choice. I tried the recipe first with granny smith apples, the second time I used gala. Both are good, however, granny smith are more tart, less sweet. Gala has a good flavor with a bit of sweetness. It all boils down to preference and whether you like your apple desserts more or less sweet. 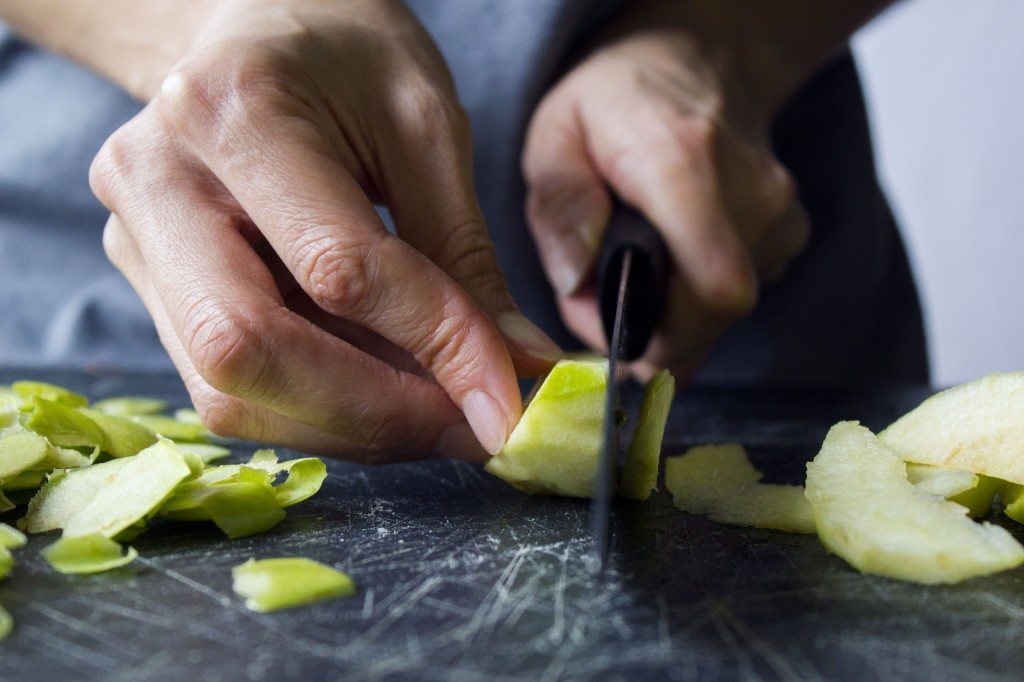 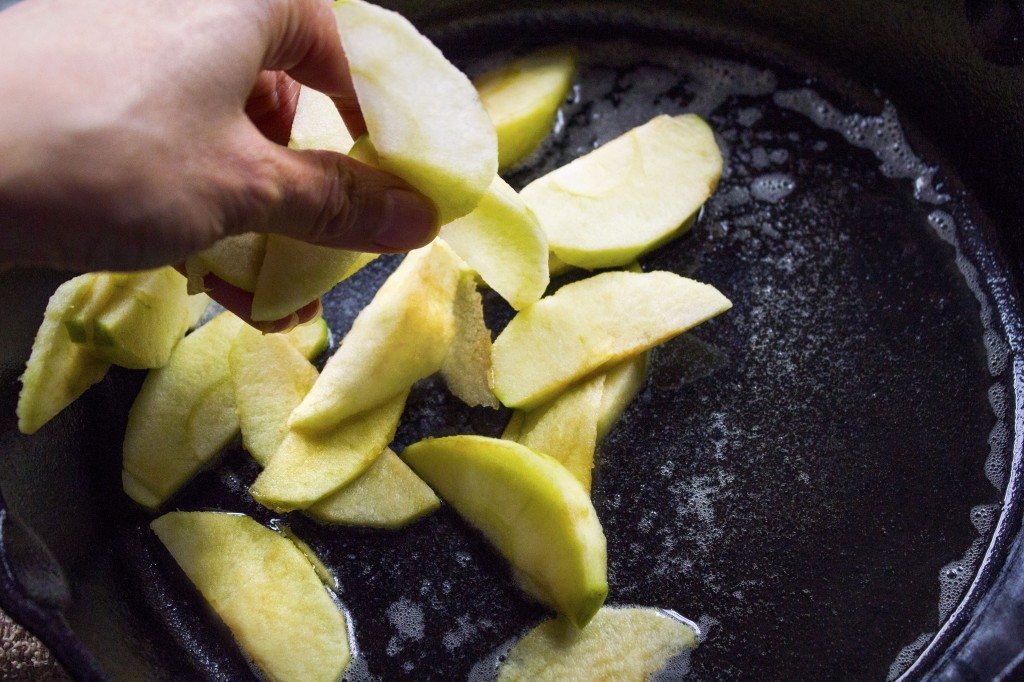 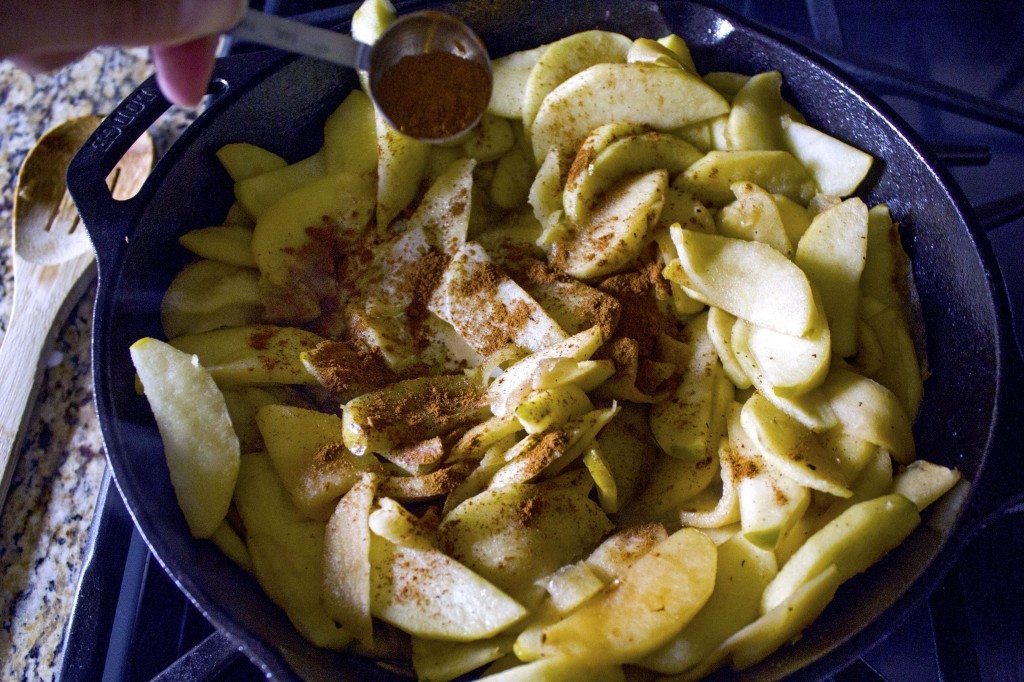 I used to make our apple crisps with loads of butter, brown sugar, flour, etc. I’ve been experimenting recently and realized that you can have an apple dessert that is just as delicious using healthier ingredients. I even went as far as trying to make it all grain-free (I usually use oats in the crumble.) And again, still delicious! 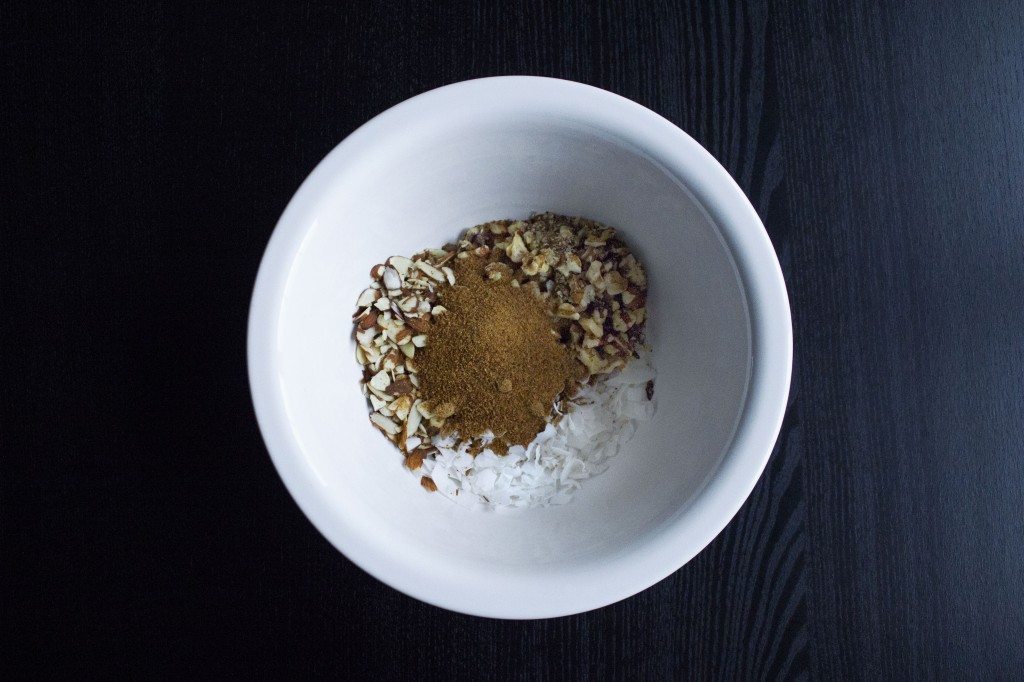 The crumble is a trio of nuts: almonds, walnuts, and coconut. You really could use any nut here in equal amounts. Instead of brown sugar and butter, I used coconut sugar and coconut oil. Coconut sugar is a good brown sugar substitute because it sweetens but doesn’t cause your blood sugar to spike like regular table sugar. It also has naturally occurring nutrients and antioxidants.

Coconut oil is another ingredient which I try and substitute for other fats in recipes. This oil is a heart-healthy fat with anti-bacterial properties. I use it for everything; cooking, baking, and on my skin and hair too. It has so many uses and is one of the main staples in our house. 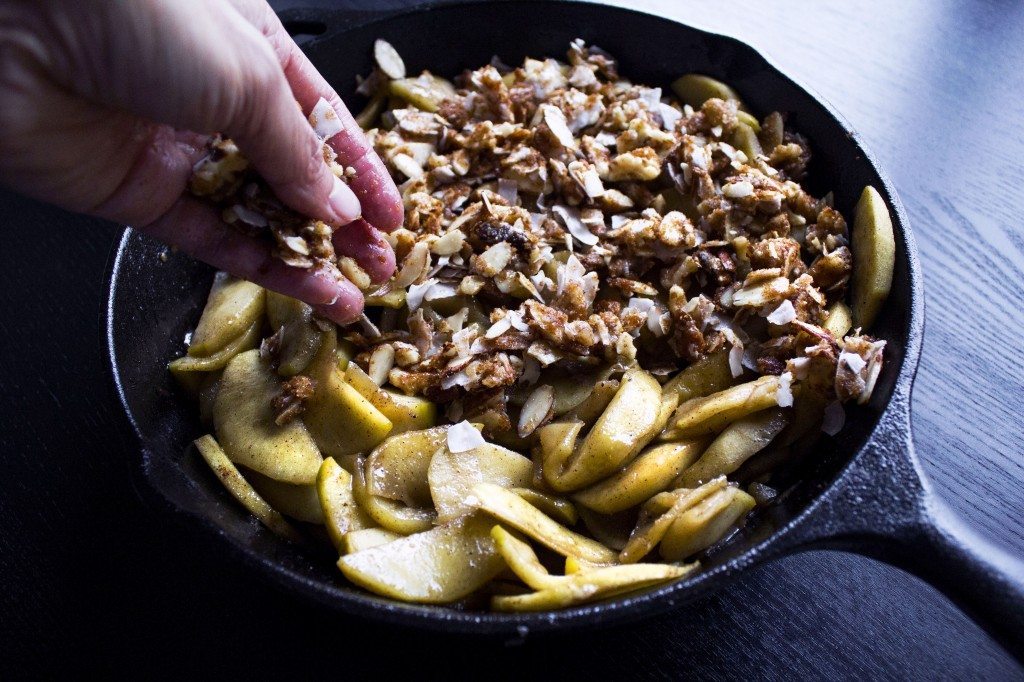 Cooking the apples first on the stove tenderizes them before they go into the oven. The time in the oven is really just to brown the crumble. This cuts the baking time in half..

Which means you get to eat it faster…

Trust me, with a dessert this scrumptious getting to eat it faster is a good thing! 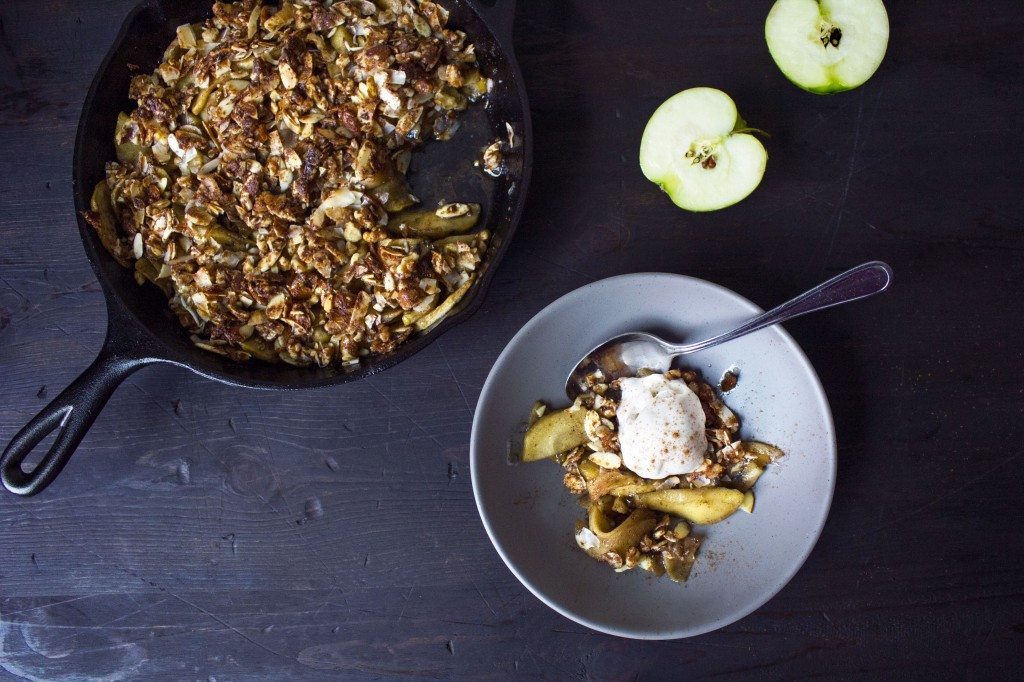 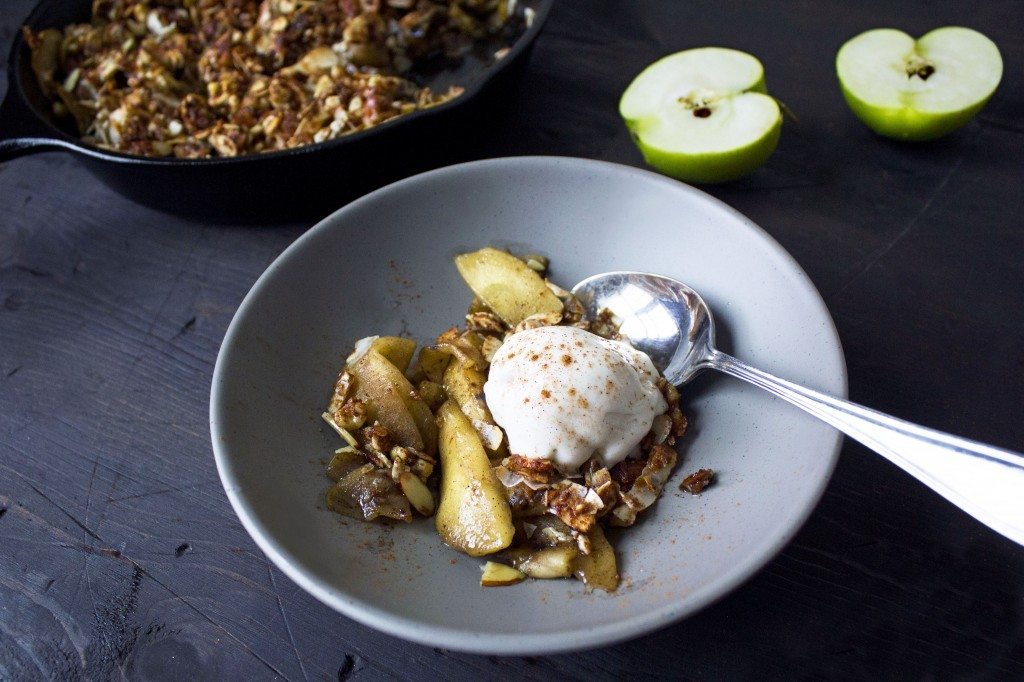 Eat it plain or top each serving with a scoop of coconut ice cream and some extra cinnamon. Enjoy!