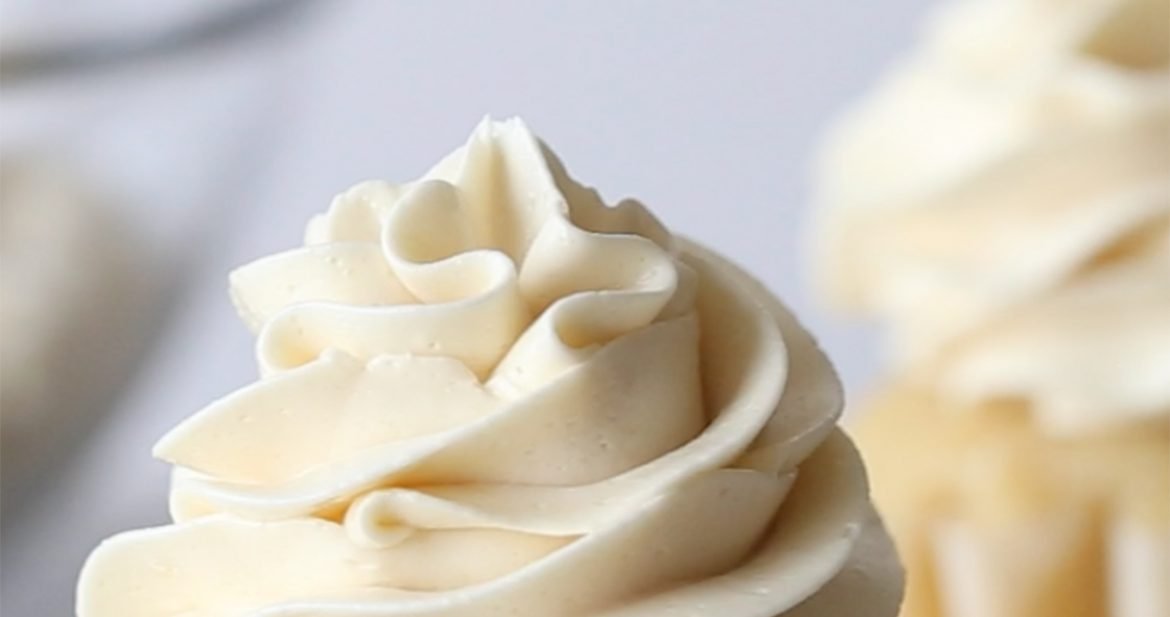 If you’re looking for the perfect, fluffy and naturally sweetened buttercream, look no further! This swiss meringue buttercream is my go-to recipe for frosting cakes and cupcakes. I love it because it’s not ridiculously sweet, like powdered sugar buttercream, plus it’s so creamy and pipes perfectly too! 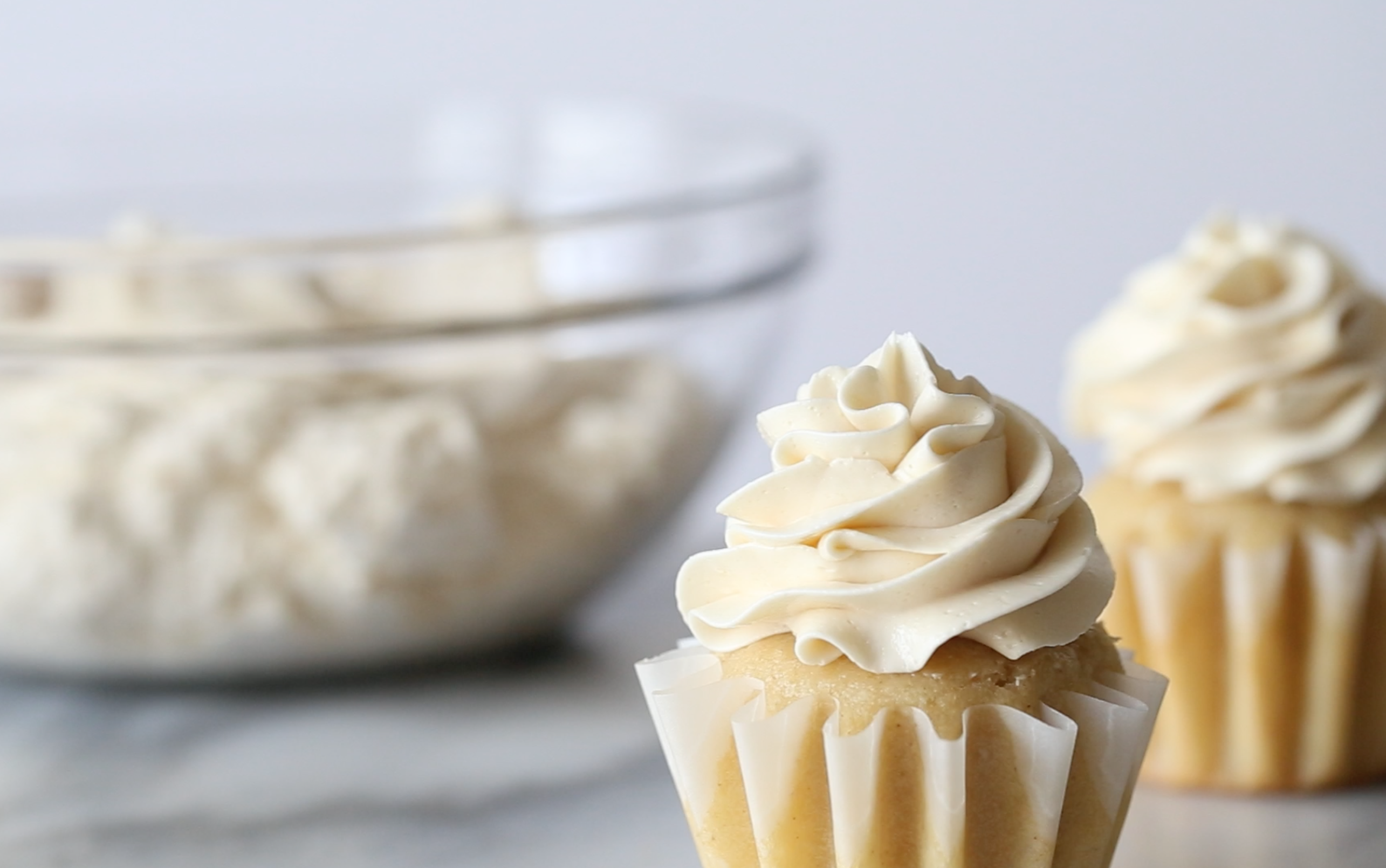 Don’t be intimidated by making meringue. The hardest part is waiting for the meringue to form as it can take up to 15 minutes to fluff up. After adding in all your butter, sometimes the mixture can begin to curdle. This happens if the butter is added too quickly and the fat and liquid can’t emulsify correctly or if the butter is too warm or too cold (temperature difference). If this happens, don’t freak out (like I did the first time!😂) usually if you just keep whipping it, it will come together in a few minutes. Butter that is softened but still a little cold in the center usually works best.

If your kitchen is really warm and the mixture isn’t coming together, like in the heat of the summer, just stick your bowl into the fridge for an hour or so (until the butter around the edge of the bowl has begun to harden) and then beat it again. This should help the mixture cool down enough to fluff back up. If your buttercream is stiff and hard, then it’s probably too cold. This can easily be remedied by placing the bowl over a pot of boiling water or using a blow dryer to warm up the outside of the bowl, until the outside layer of the buttercream begins to melt. Beat again and it should whip up nicely. 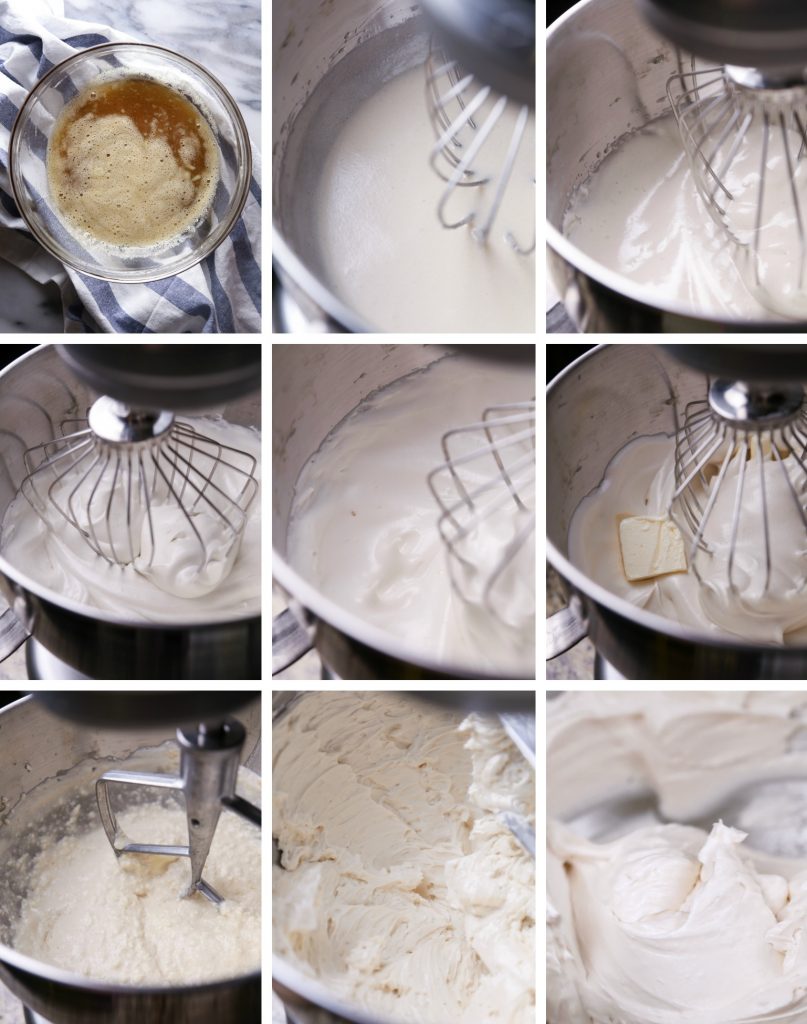 Remember, this buttercream can be temperamental, but can usually be salvaged once you get the mixture to the right temperature and the ingredients are able to emulsify. Please don’t throw away what you think is ruined buttercream without trying these tips first! Also, watch the video I recorded below of me making the buttercream. This may help answer any questions you may have. If you still need help, feel free to send me a message! For more info, I also found these posts helpful:

The Kitchn: How to fix a broken buttercream
Serious Eats: How to Rescue Swiss Buttercream, No Matter the Problem 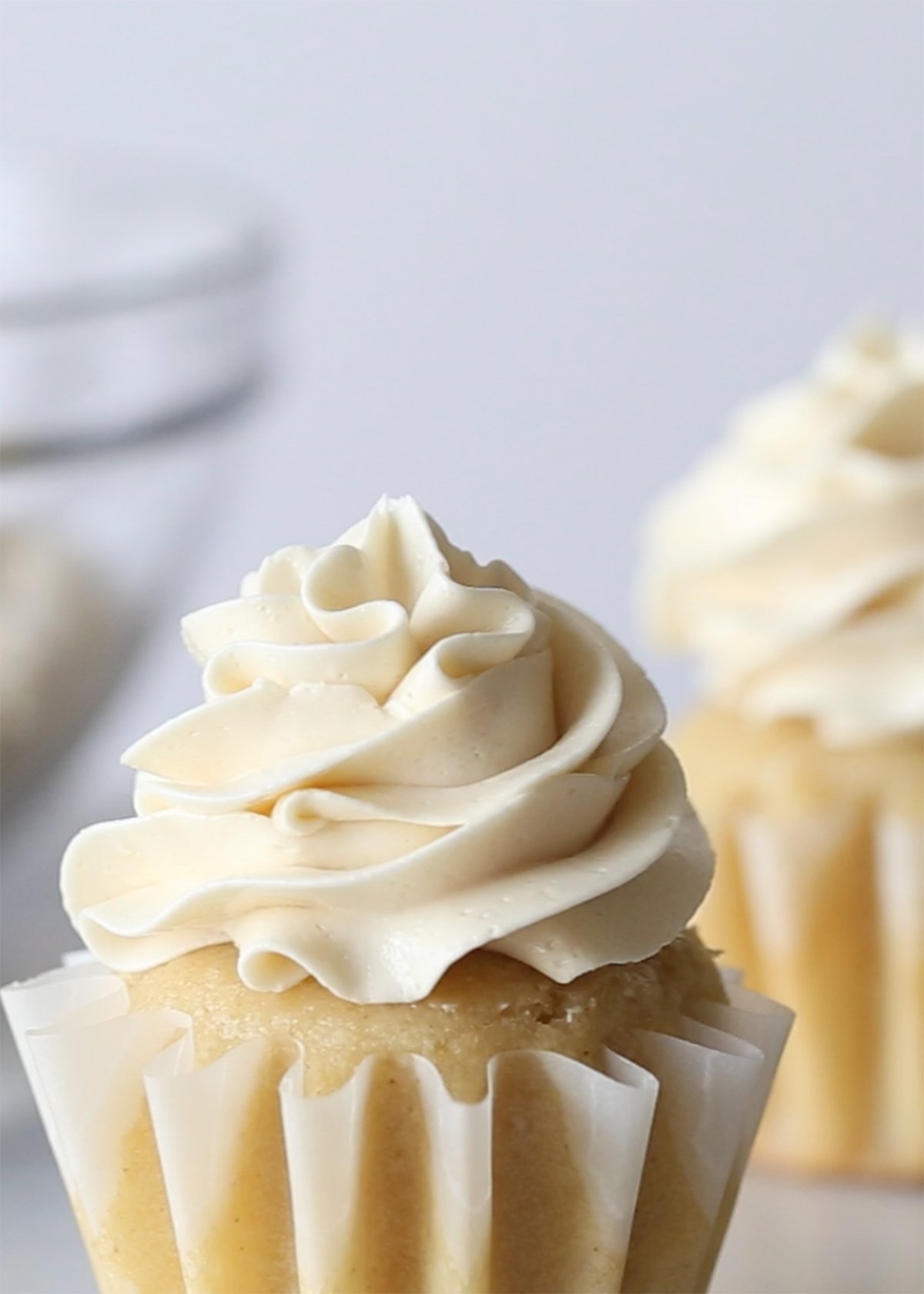 Watch me make this buttercream in this video tutorial! 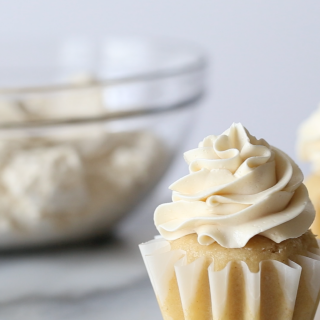 I used a version of this buttercream to make this yummy Chai-Spiced Cake with fresh figs and coconut sugar caramel! 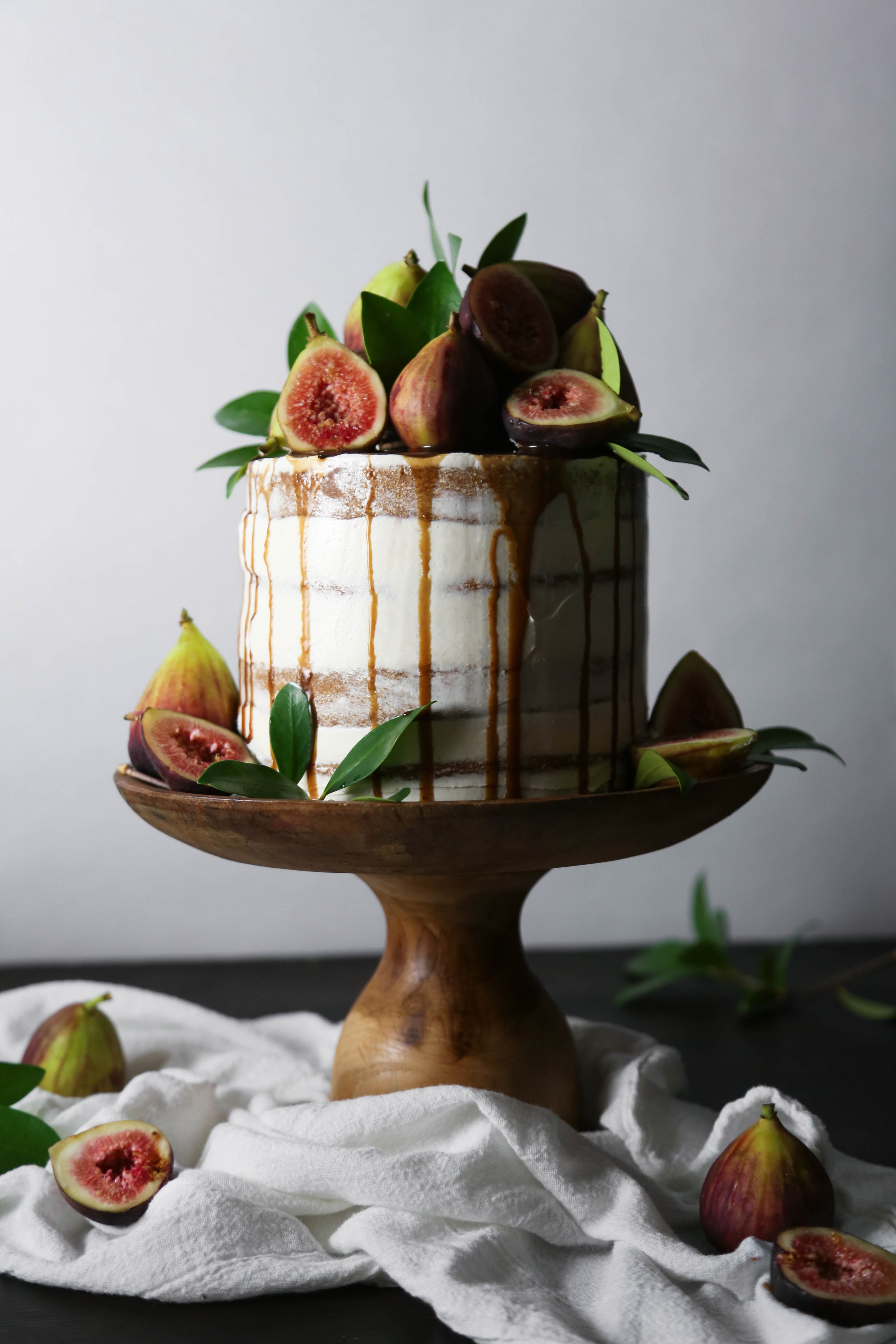 I also made a white chocolate variation for this White Forest Cake, pictured below. 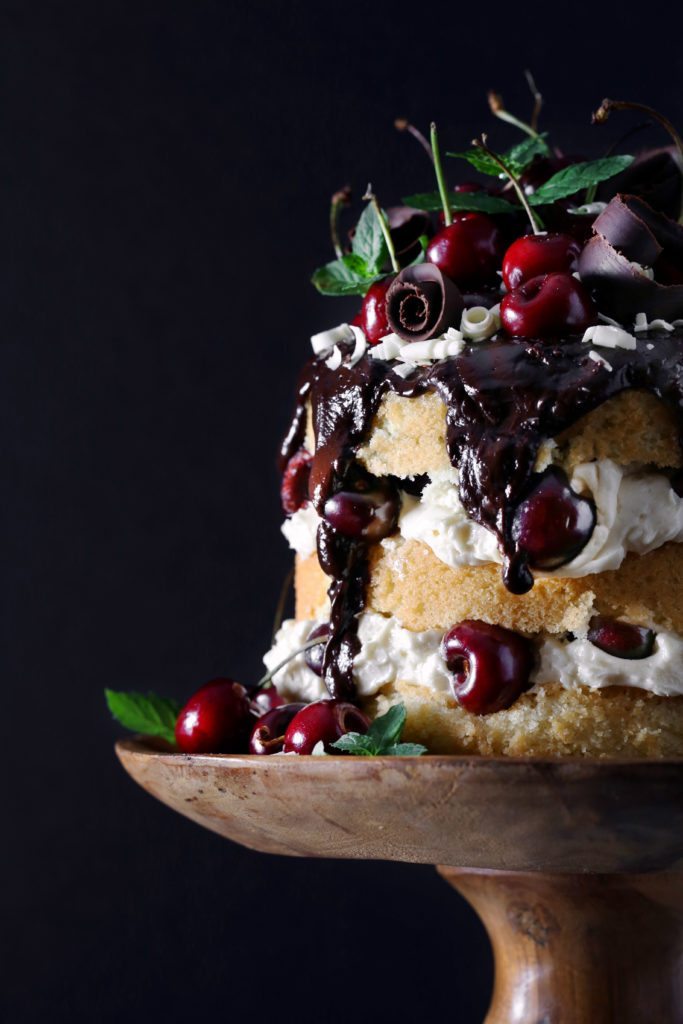