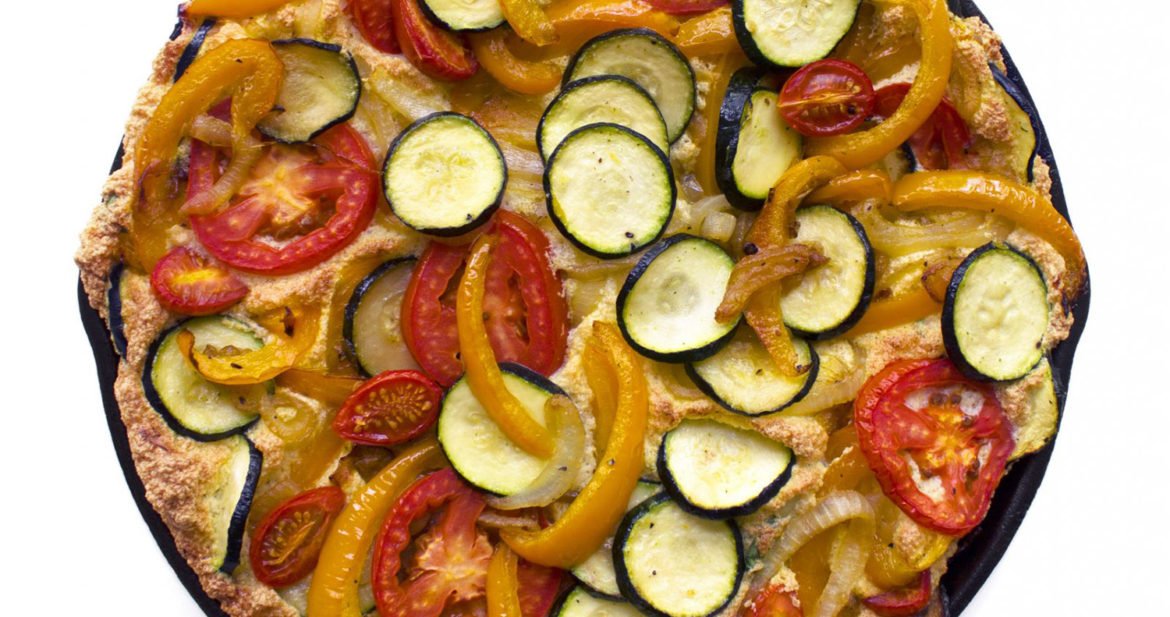 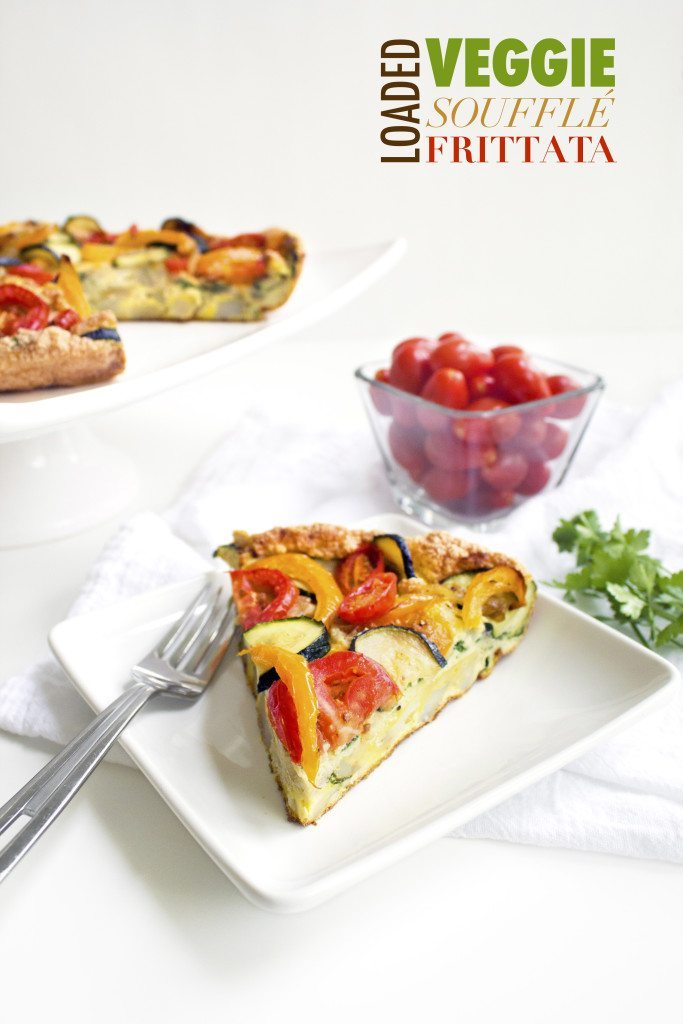 I love breakfast. I know I’ve said this many times before, but it’s my favorite meal of the day. There are just so many options, from sweet to savory. One of my favorite go-to meals is an egg scramble or frittata. I love their versatility and usually take the opportunity to clean out my fridge! 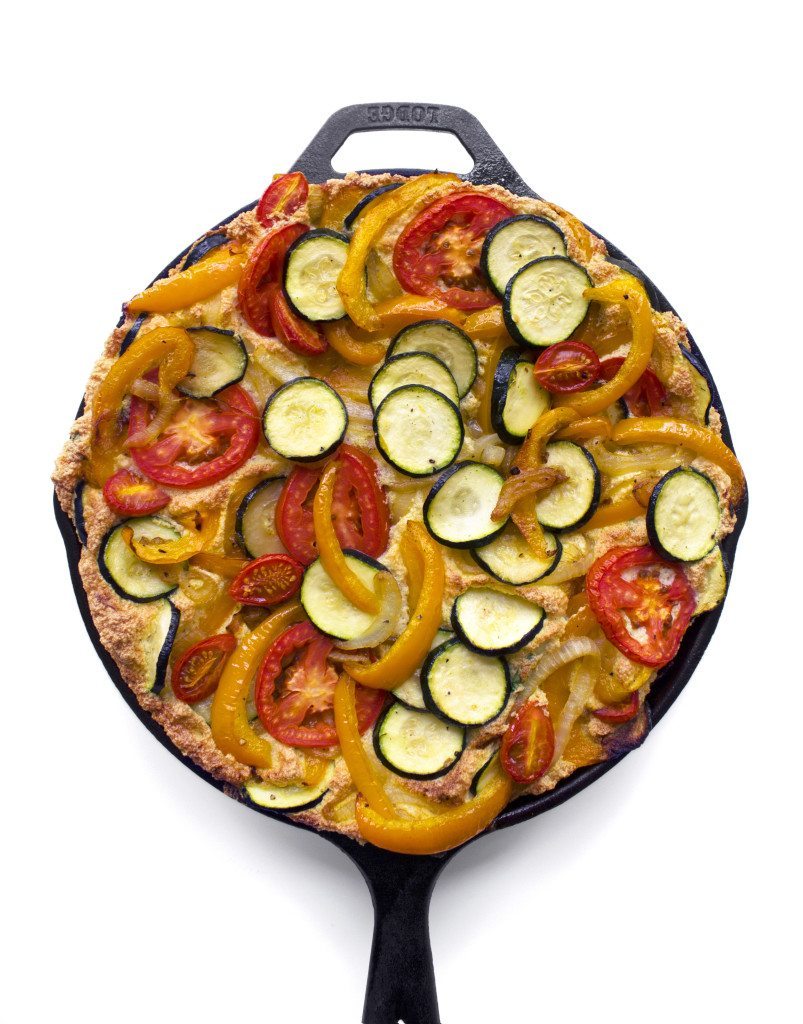 I decided to try something new. I had this genius idea, or so I thought, for a new take on an old classic.

I googled it (because that’s the first step in the creative thought process, right?!) and what do you know, my genius idea had already been thought of! Oh well, at least the name I came up with for them is original, although I never was able to decide which fit better frittafflé or Soufflittata;)

At first glance, it looks very similar to a frittata. The thing that distinguishes this particular dish, is that the eggs are first separated and the egg whites are beaten to soft peaks. They are then folded into the egg yolks, like in a soufflé. This makes the eggs light and fluffy! 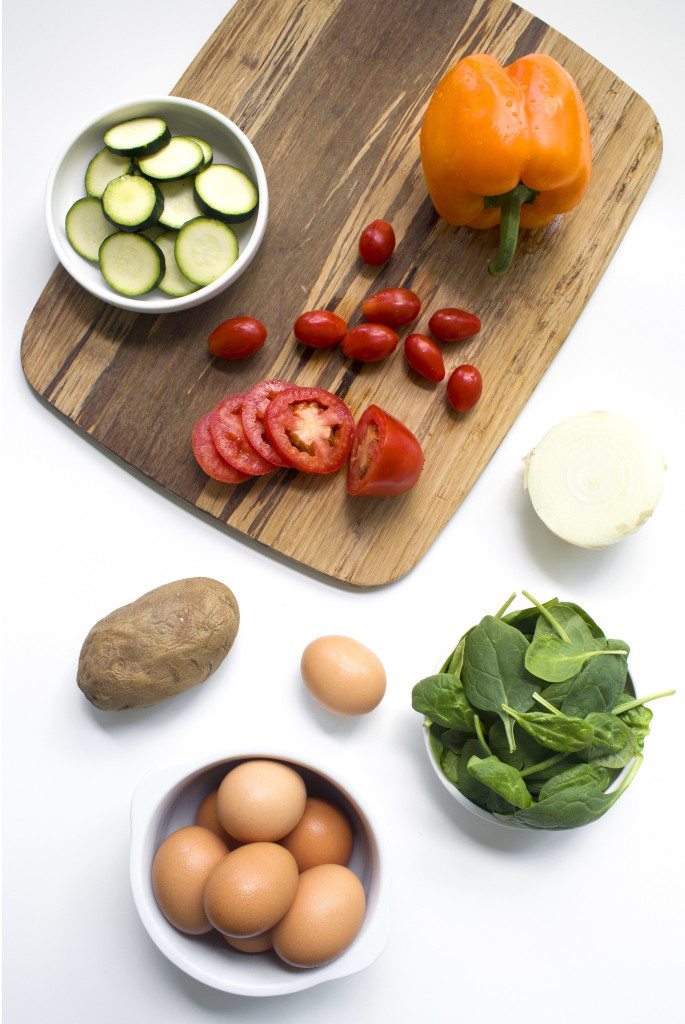 After transferring the fluffy egg mixture to a skillet and letting it set over medium heat, you can then top it with whatever you want! I took this opportunity to use up a bunch of the veggies I had in my fridge.

I sautéed some onions, bell pepper, and zucchini. You could also use squash, leeks, or kale instead. Like I said, it’s very versatile and can be just adjusted to fit your taste. 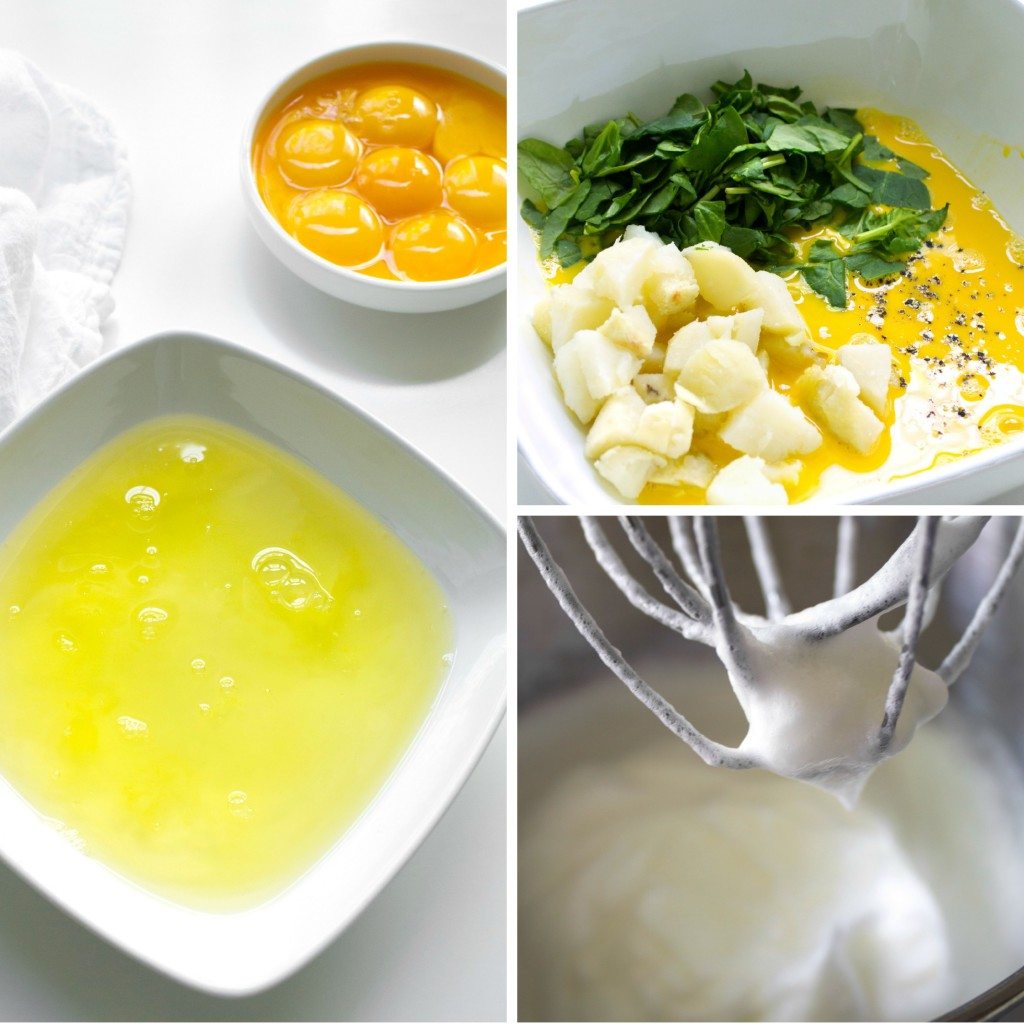 Then, separate the room temperature eggs. To the egg yolks, I folded in some leftover baked potato (already cooked), chopped spinach, salt and pepper. Feel free to use sweet potato instead and you can even add cheese or meat, if you’d like!

In a clean bowl, beat the egg whites to the soft-peak stage. It should be light and fluffy, but still soft. Be careful not to over beat them! 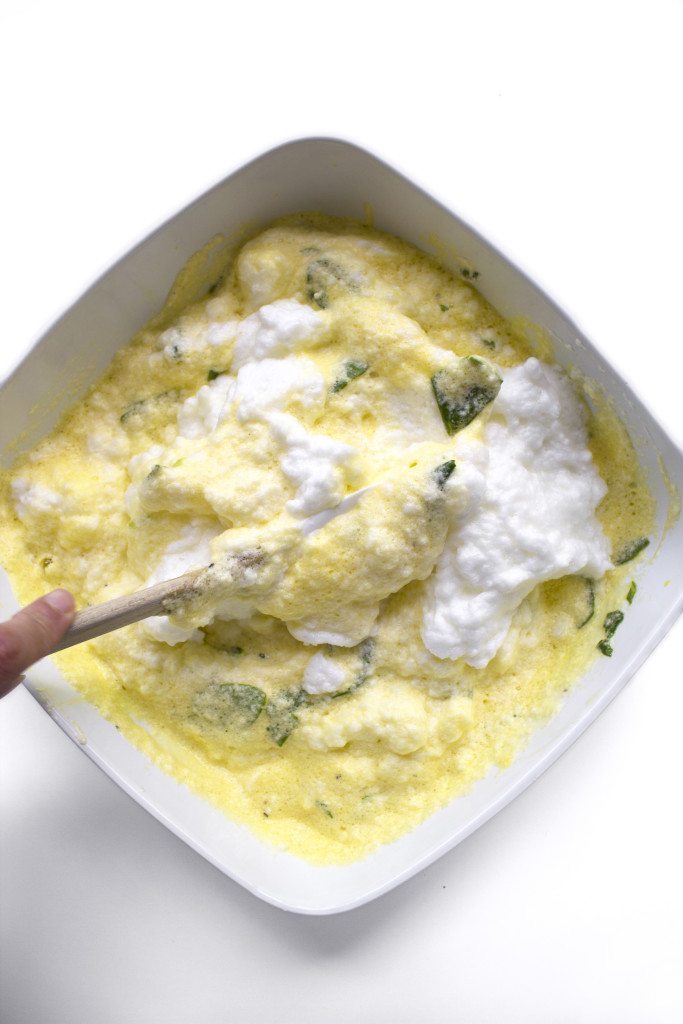 Carefully fold the beaten egg whites into the yolks a little at a time, until fully incorporated. 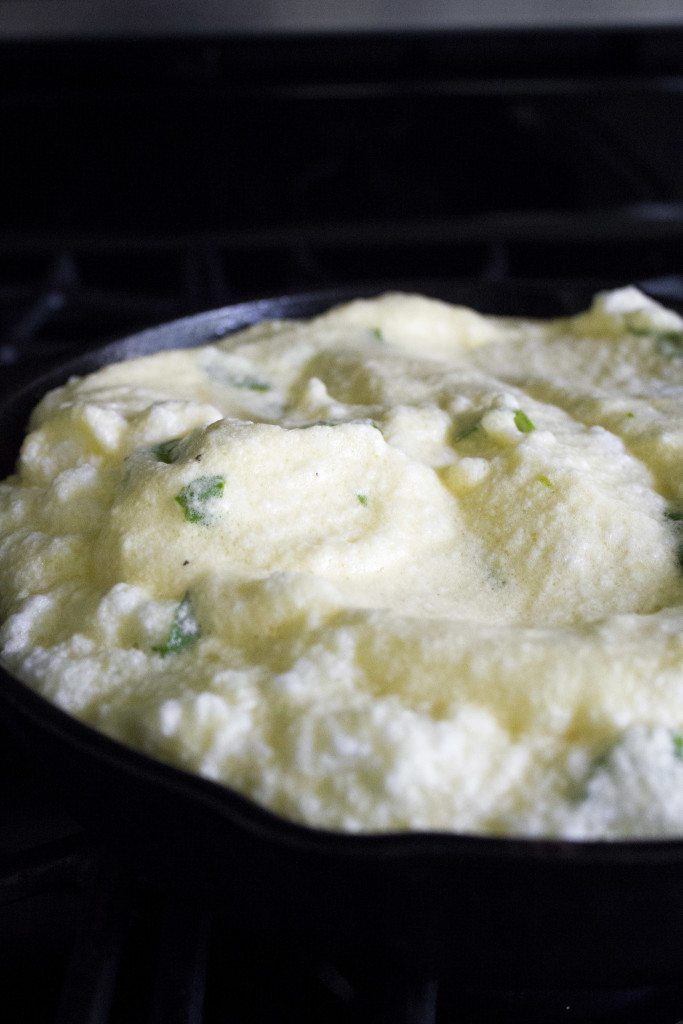 Transfer the mixture into an oiled, oven-safe skillet and allow to cook over medium-low heat just until set, about 1-2 minutes. 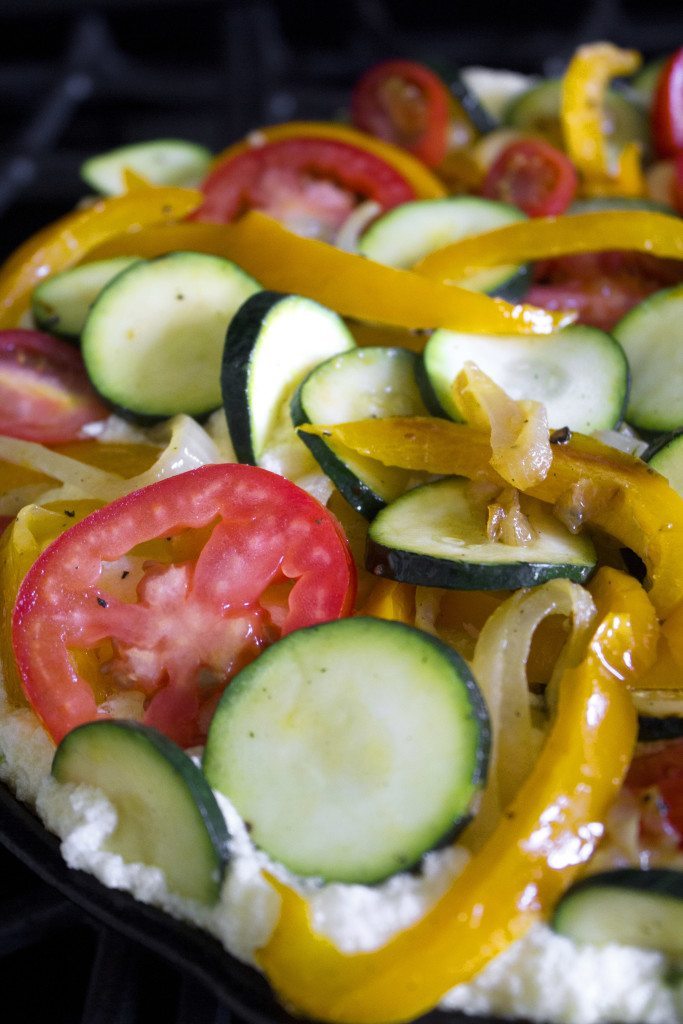 Top with all of your veggies and then bake in a 375F oven for 15-20 minutes or until lightly browned and egg is springy. 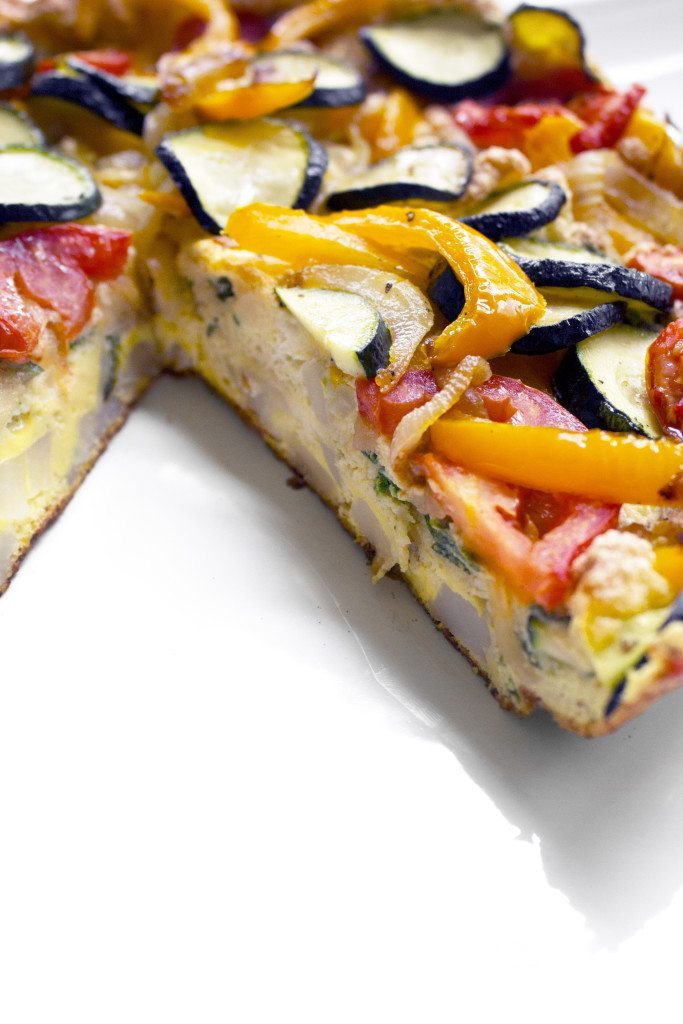 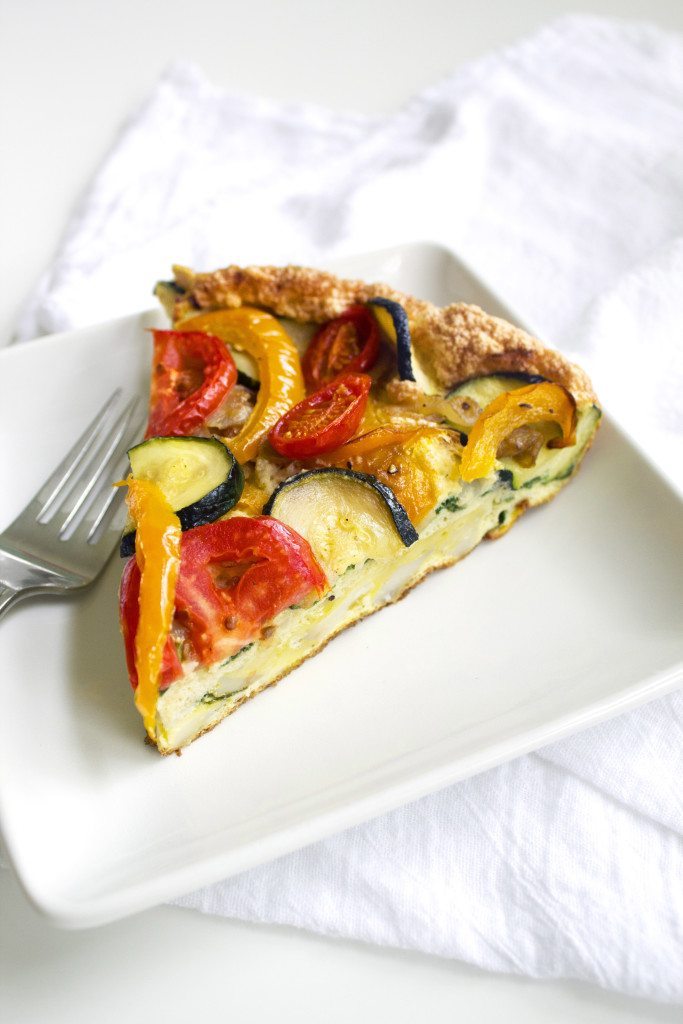 Serve from the skillet or transfer to a serving platter or cake plate and cut into wedges. It makes a beautiful presentation and is such a fresh, healthy breakfast, perfect for the spring and summer! Bon appétit, friends!

A cross between a frittata and soufflé, this spin on the classic egg dish is loaded with fresh veggies, a perfect meal for the spring and summer!