An easy and delicious homemade recipe for apple-cinnamon waffles with sautéed apples with a simple apple cider syrup! Crispy on the outside and fluffy on the inside, these yummy waffles are vegan friendly as well as gluten, dairy, and refined sugar free! 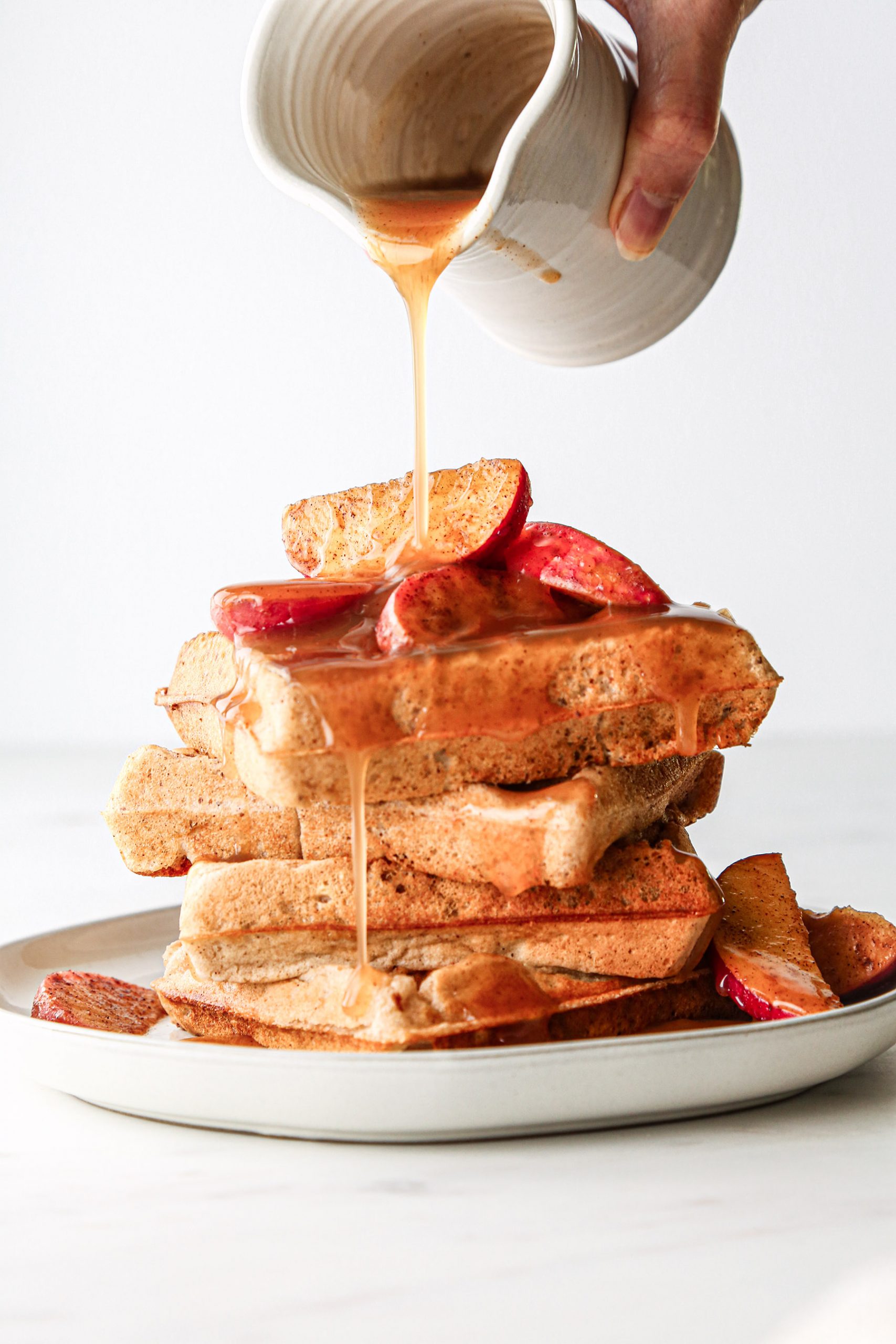 Because, I also love coffee. Almost as much as I love bread.

Whatever the subconscious reason is, it’s my favorite meal of the day. And why wouldn’t it be when you can eat Apple-Cinnamon Waffles with apple cider syrup! These homemade waffles are soft on the inside and slightly crisp on the outside. Using applesauce is a time saver and gives these waffles that delicious apple-y flavor without having to peel and grate an apple. Although, freshly grated apple is delish in these too! 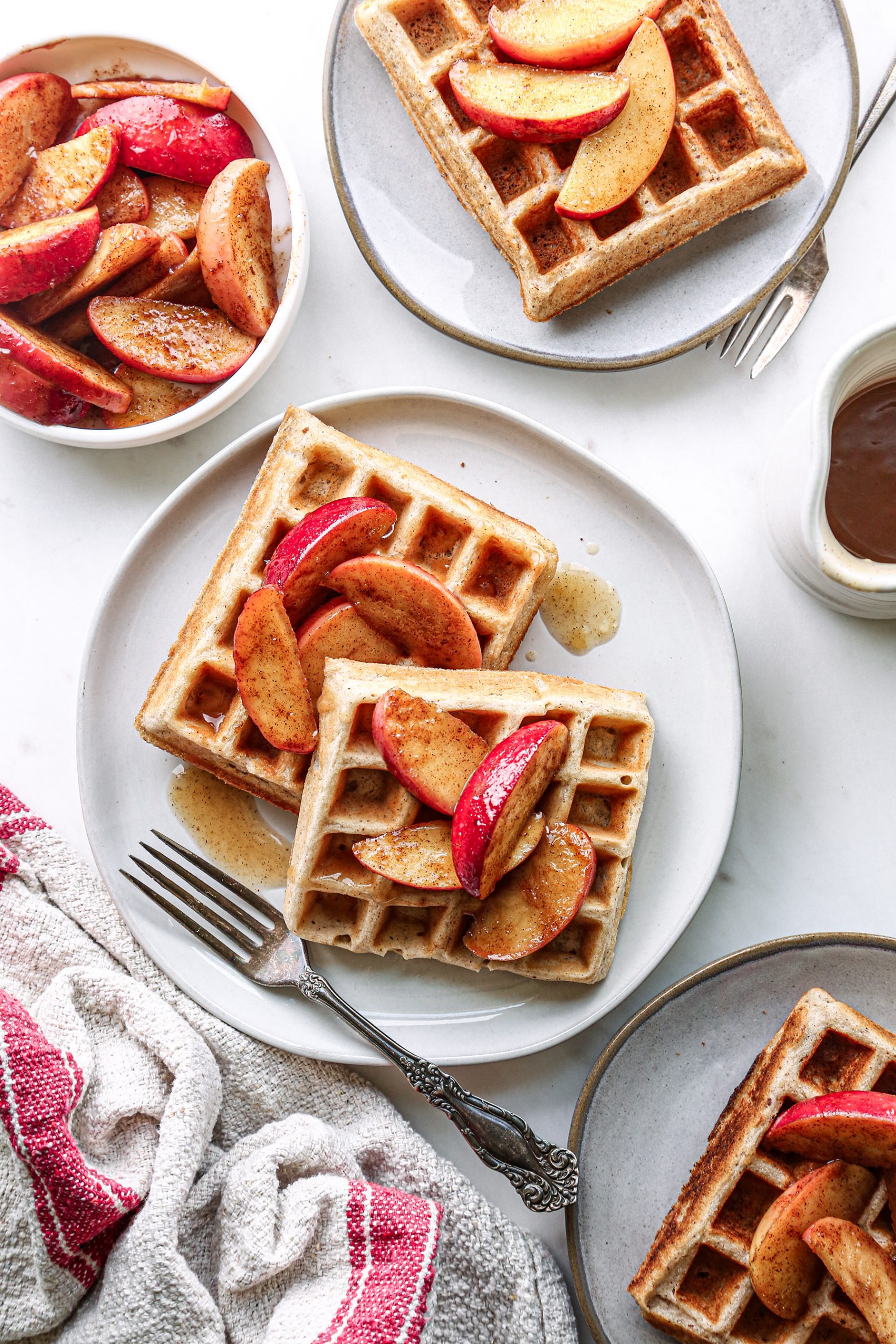 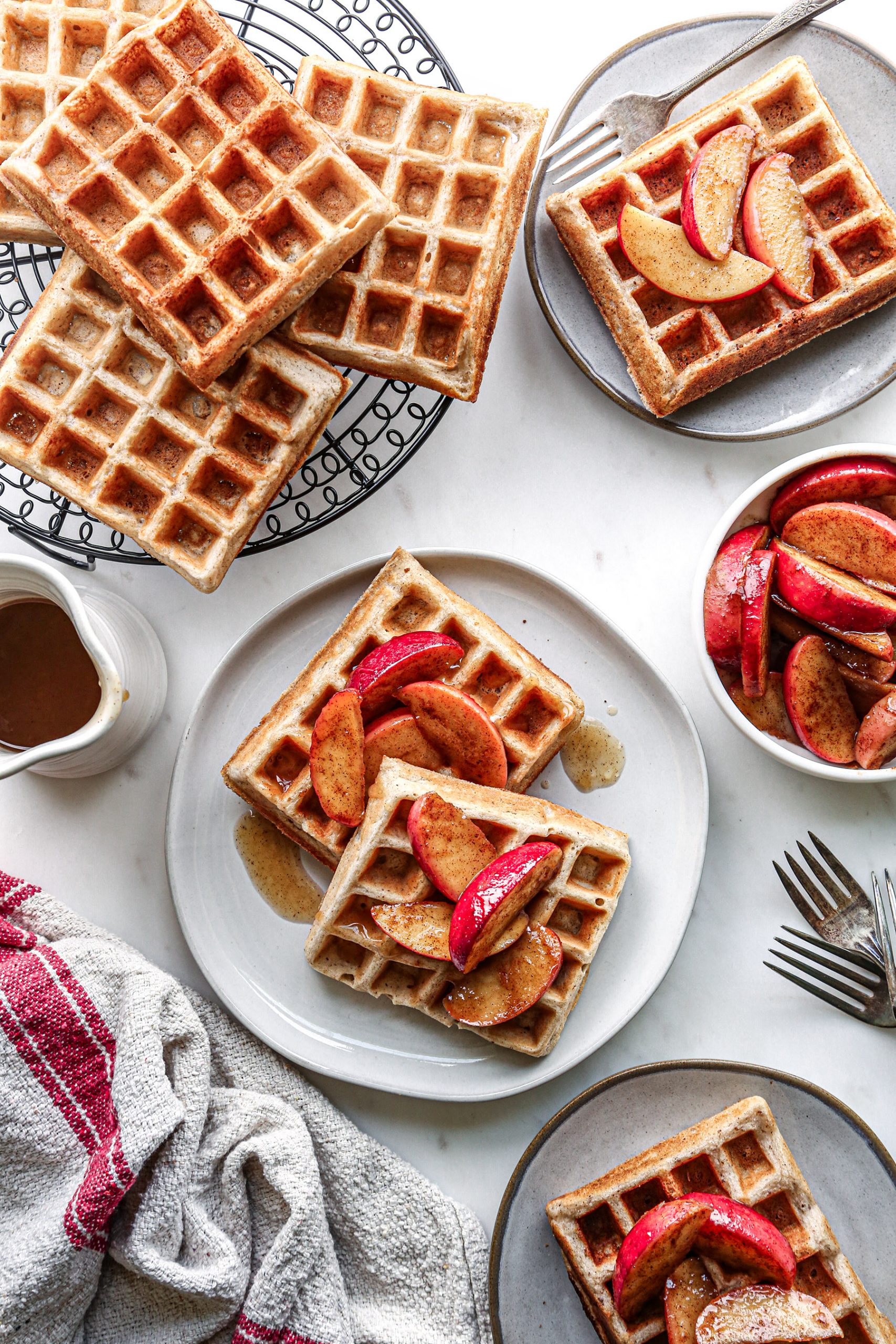 I go a step further and top them with sautéed apples and an apple cider syrup, because if you’re going for that apple flavor, I say GO FOR IT!

The good news is that these homemade apple-cinnamon waffles are chock-full of wholesome ingredients. They’re also vegan friendly, refined sugar free, and includes a gluten-free option as well. 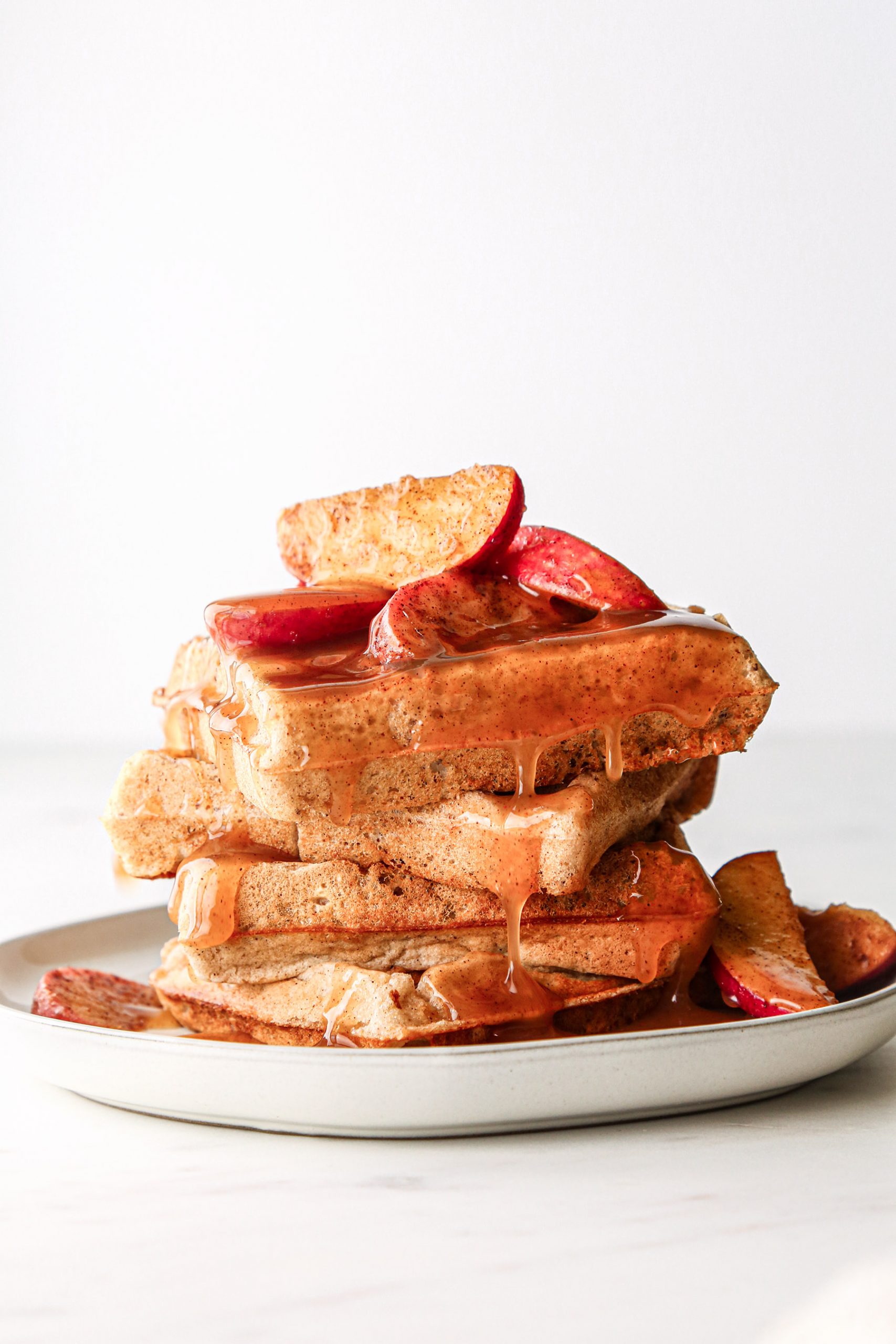 These homemade waffles are the perfect fall time treat for my fellow apple lovers! They’ve also been given the stamp of approval by my picky family, which says a lot! I hope you’re able to give these a try! Enjoy!!

An easy and delicious recipe for Apple-Cinnamon Waffles! Crispy on the outside and fluffy on the inside, these yummy waffles are vegan friendly as well as gluten, dairy, and refined sugar free!

you may also enjoy these similar recipes: 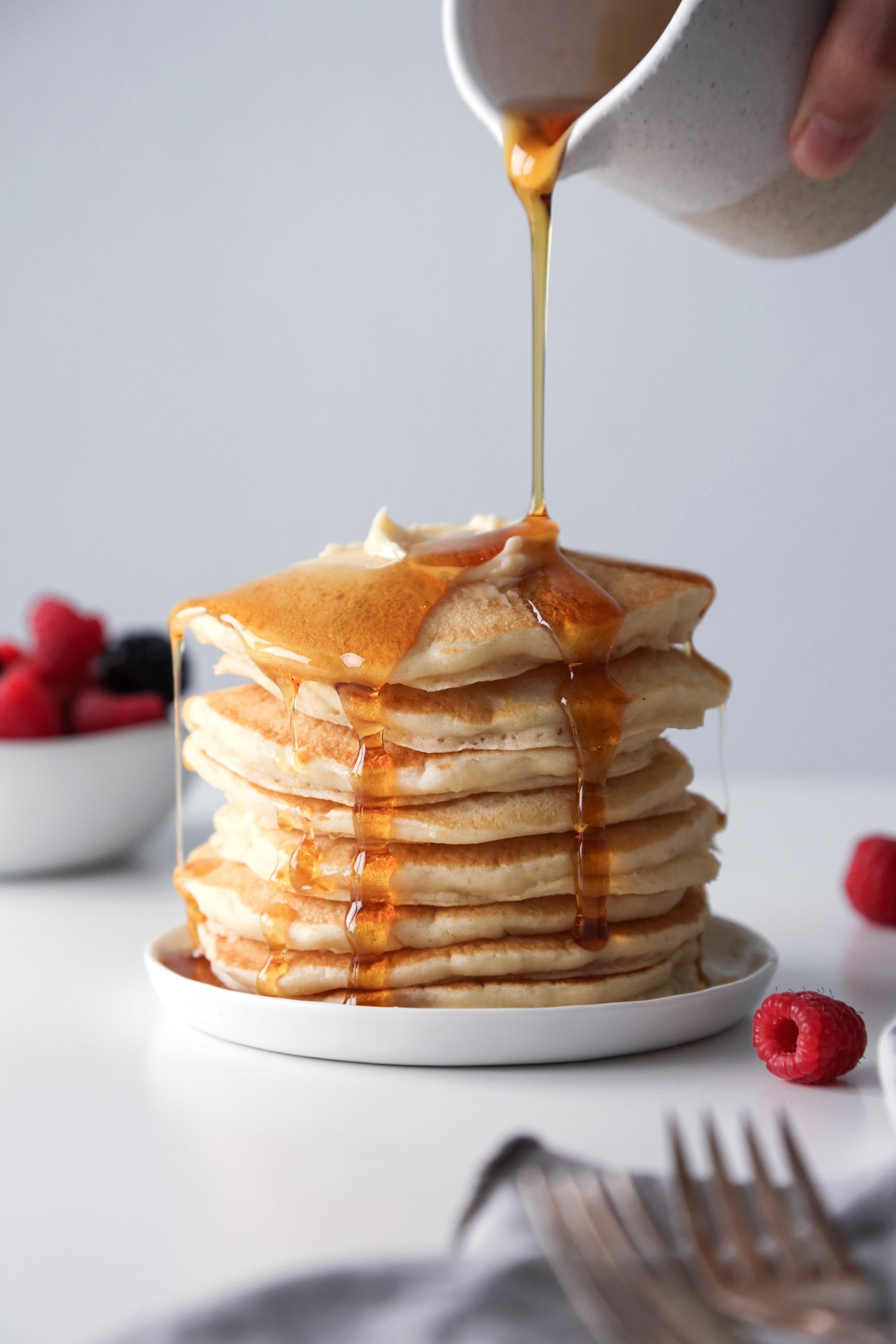