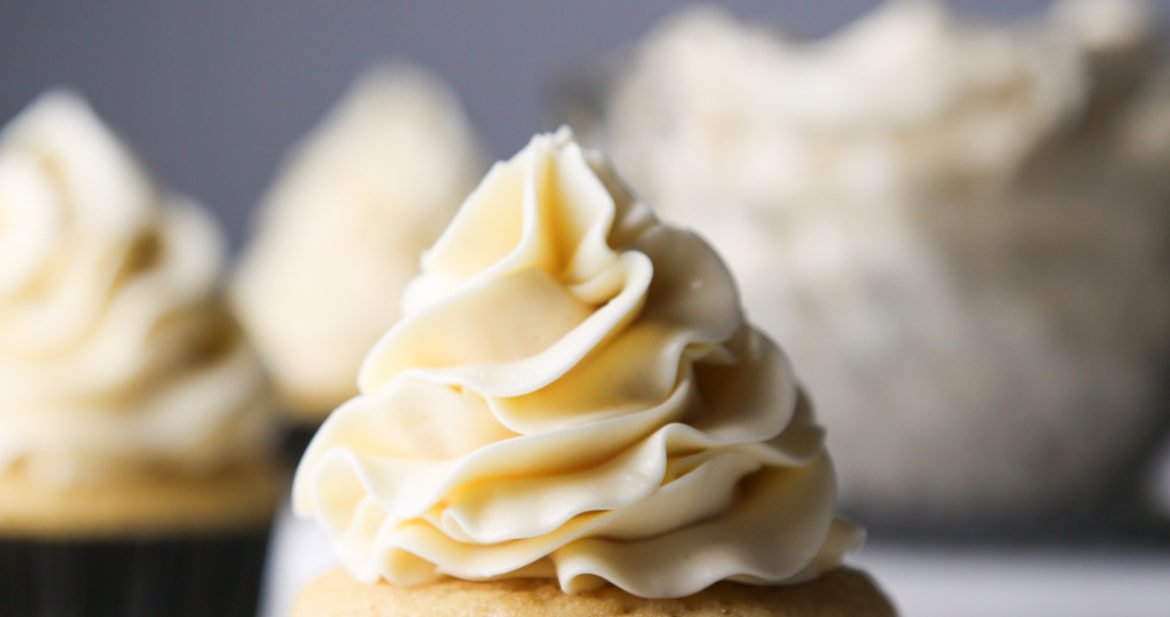 Fluffy and creamy vanilla buttercream that’s mildly sweetened and can easily be made dairy-free/vegan! 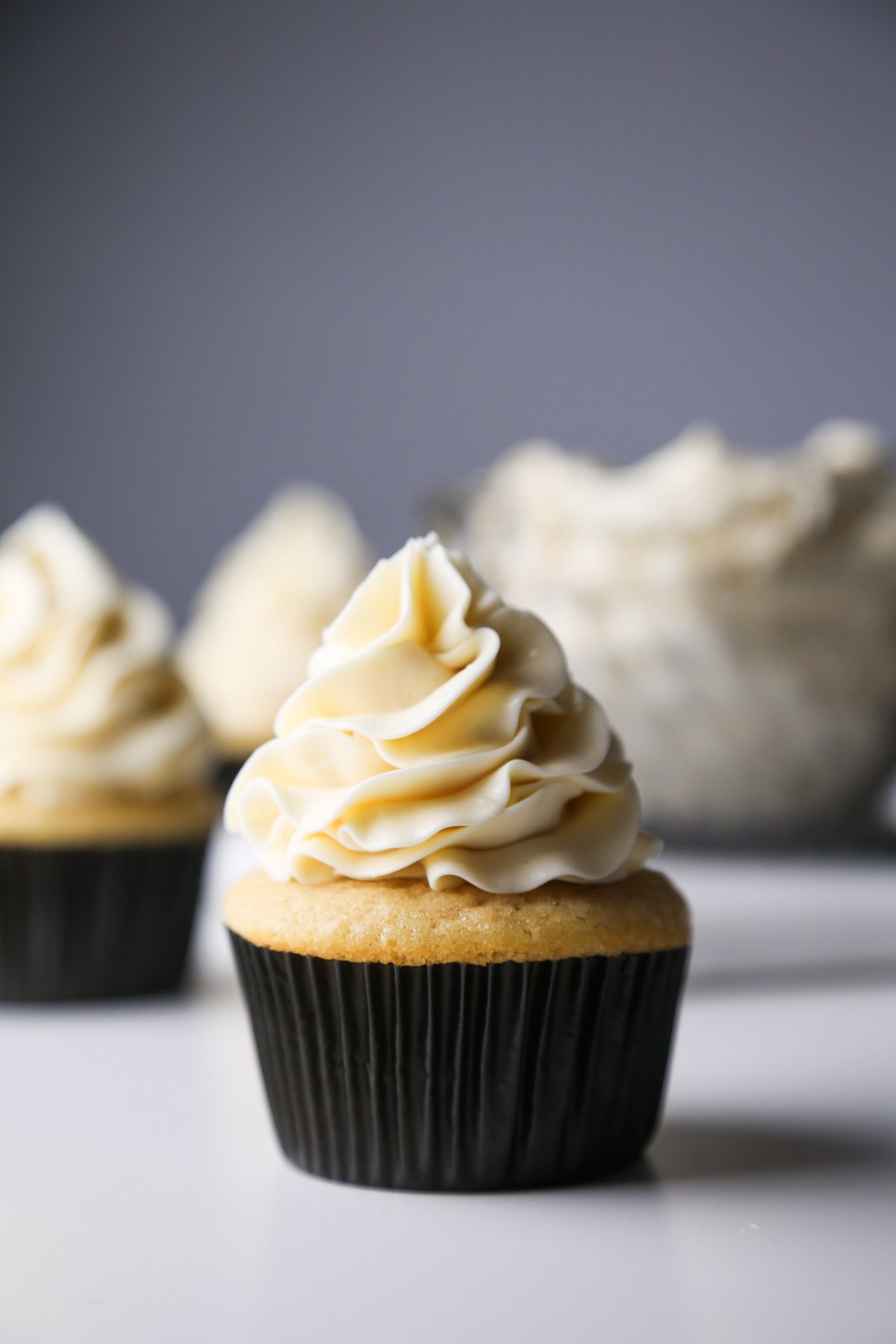 Years ago, when my kiddos were little, I made specialty cakes for birthdays, weddings, etc, to earn a little extra money as a stay at home mom. I was constantly testing new recipes looking for the perfect cake and frostings for my customers. I’ve always been a cake person, but I’m that person who eats the cake and leaves the glob of frosting on the plate. I’m usually not a big fan of buttercream because often times it’s too sickenly sweet for my liking.

I stumbled upon a recipe for swiss meringue buttercream and fell in love! I had finally found THE go-to buttercream which wasn’t as sweet as the powdered sugar version. The base was made from egg whites, which were whipped to cloud-like perfection. You would then add the butter and beat until fluffy. It was the best…but what about those who had an egg allergy or were vegan?

I’ve been trying to come up with a vegan friendly swiss meringue-like buttercream for a while now. I even tried using whipped aquafaba, which is the vegan version of meringue made from the liquid of canned chickpeas. Yeah, that was a fail. Aside from the weird bean flavor, the “meringue” broke as soon as I added the butter and could never be salvaged. 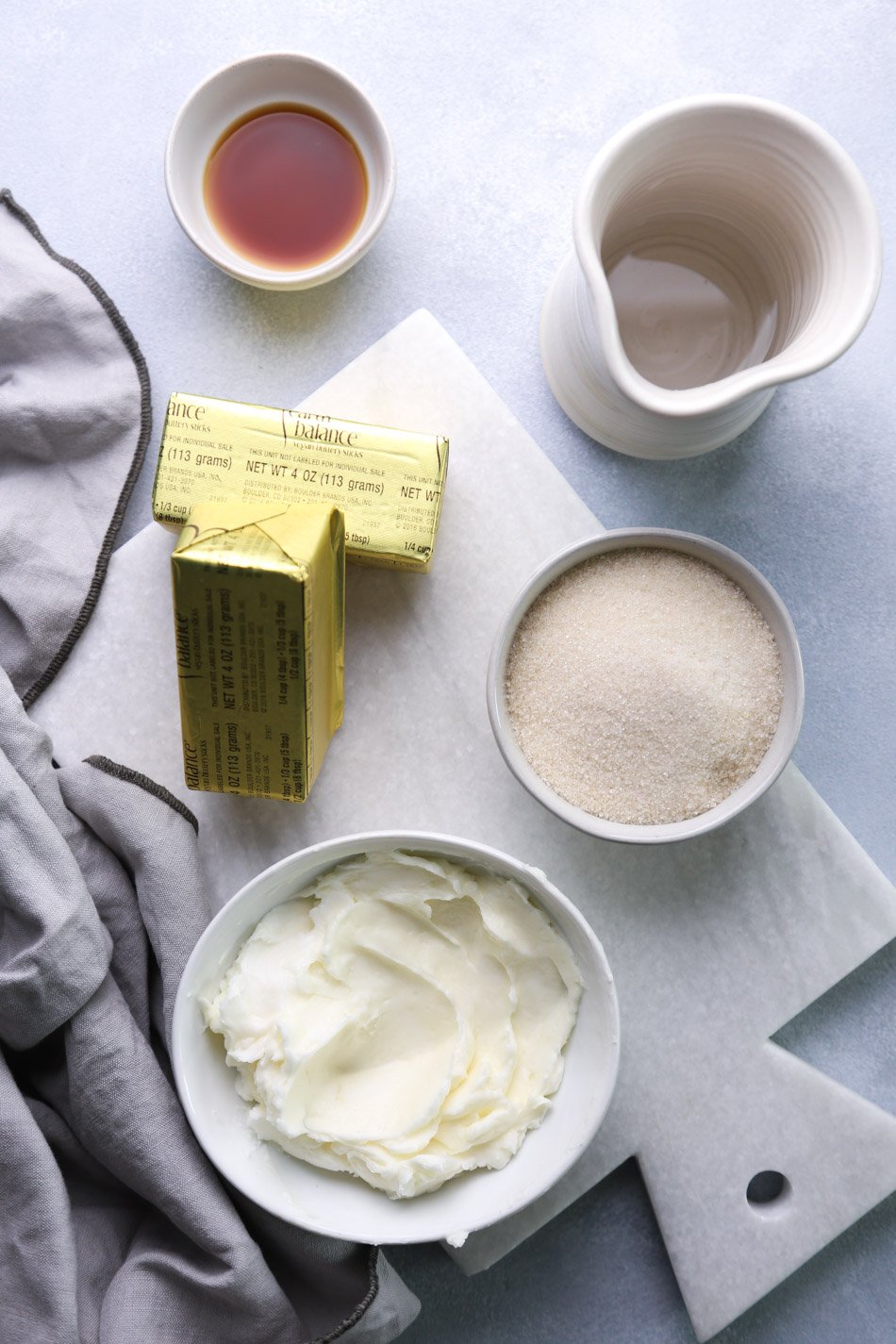 I somehow came across a technique for emulsifying butter with liquid sugar and after a few failed attempts and some tweaks, I not only figured out a way to make it work, but was even able to make it vegan friendly!

The only problem using dairy-free ingredients is that vegan butter is usually salted. That doesn’t add a good flavor to buttercream, so when making the vegan version, I use less butter and more shortening. If you’re able to use real unsalted butter though, it tastes even better. 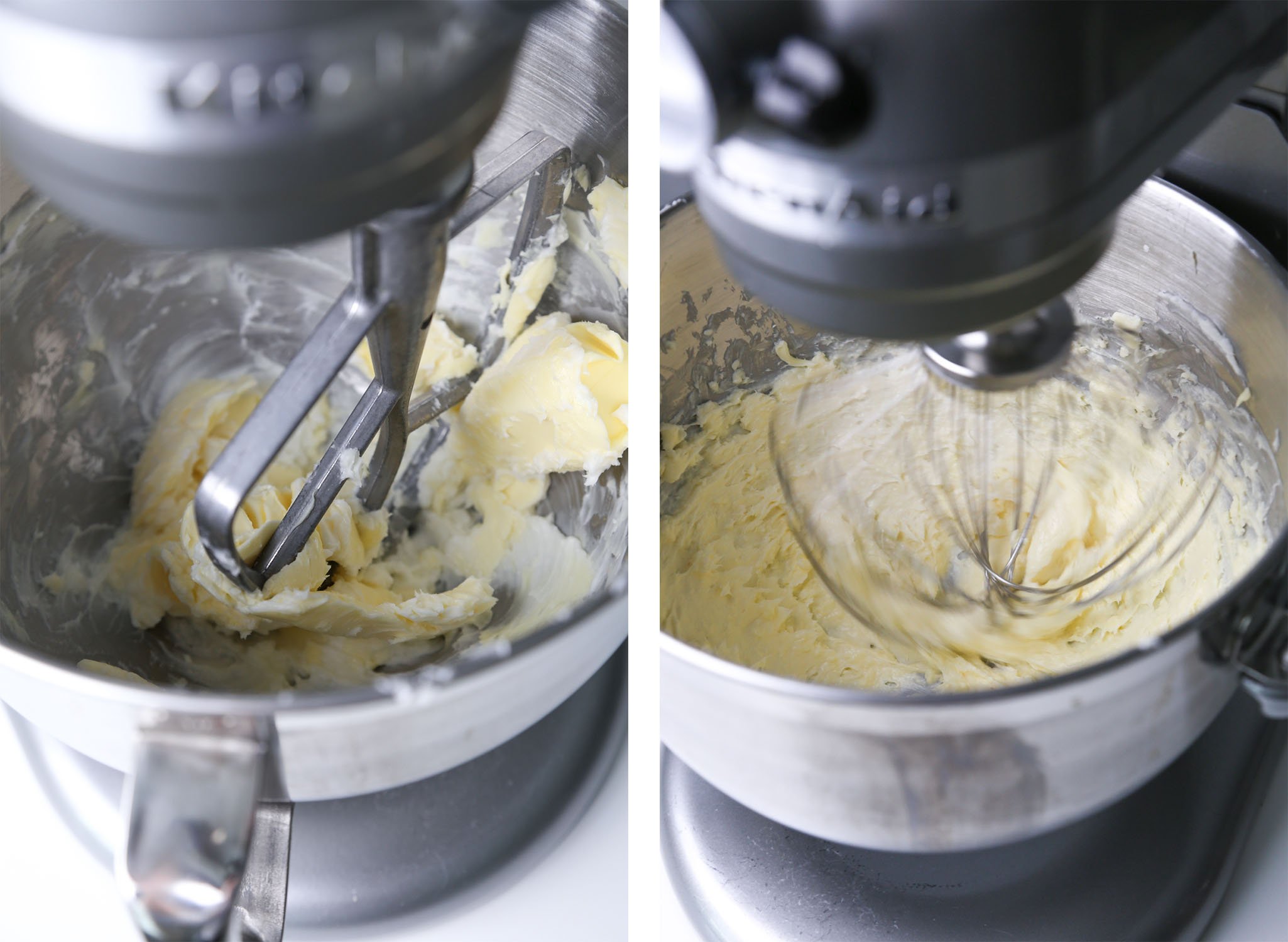 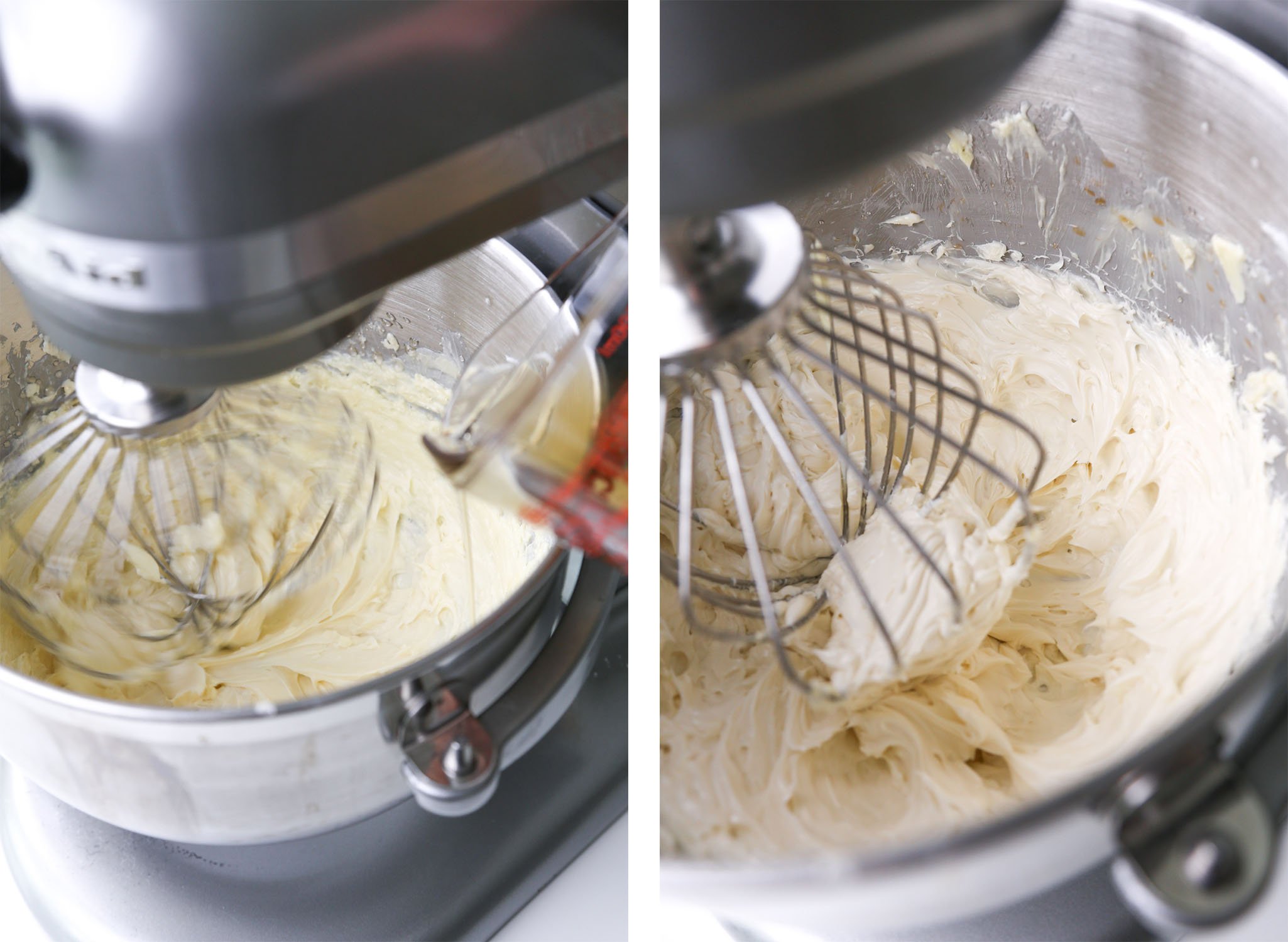 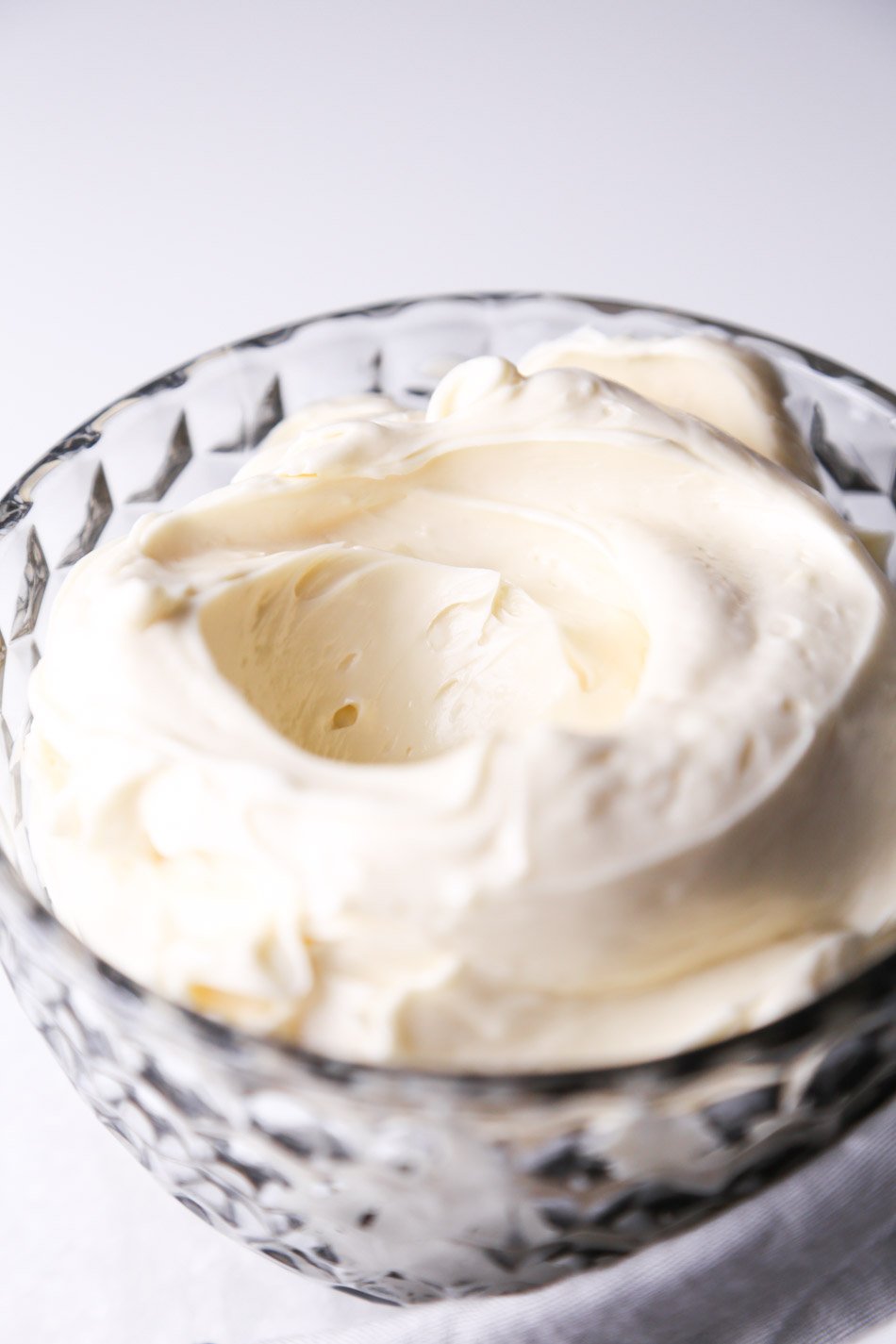 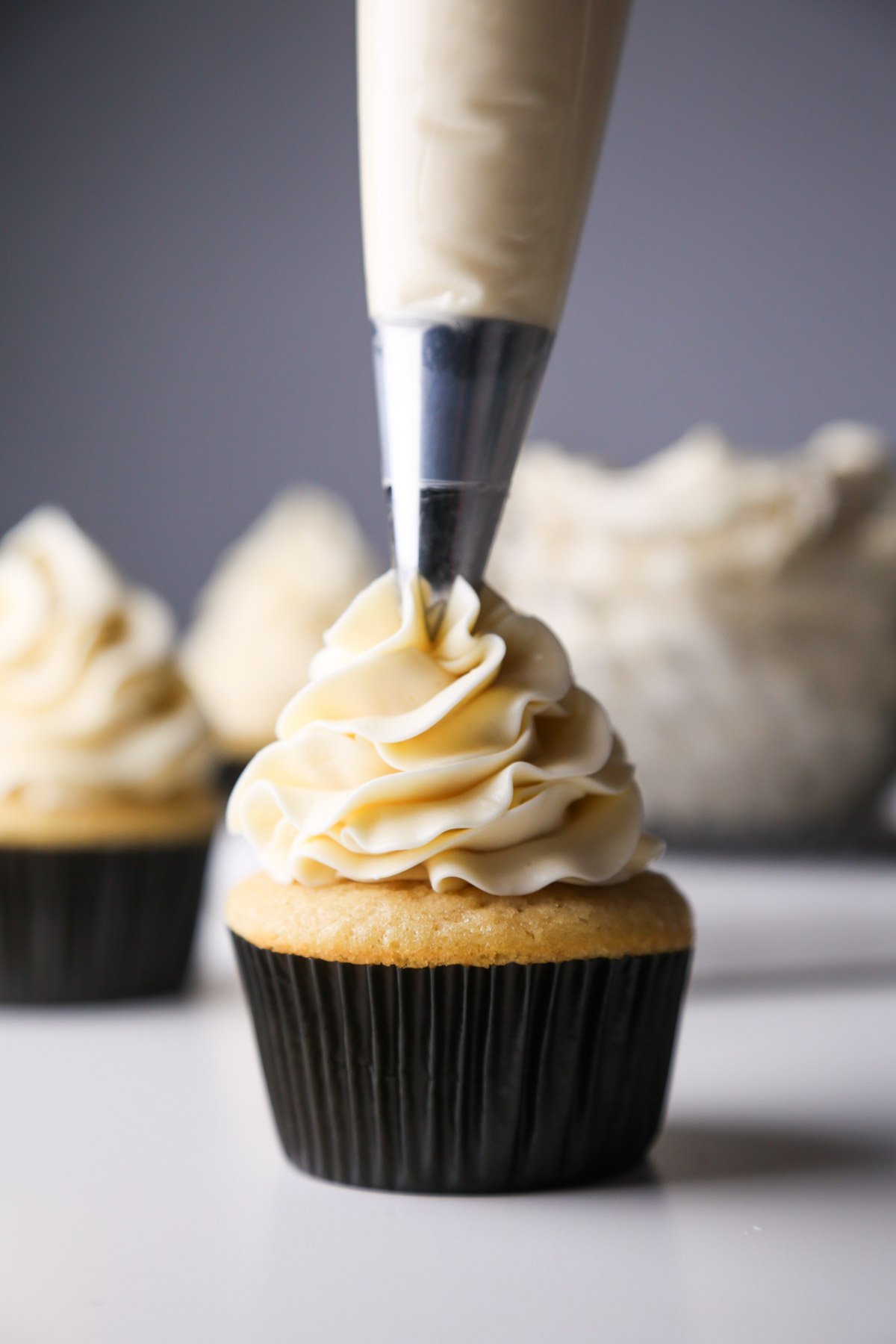 I’ve made this several times and it’s almost fool proof. The trick is to beat the butter/shortening really well in the beginning so that it’s creamy and lump free. Then add the sugar syrup very slowly while beating so that the emulsion doesn’t break. Even if it does, it has always come back together for me when you continue to beat it on high for several minutes.

What results is a silky smooth buttercream that’s mildly sweetened and pipes like a dream! I find it best if working in a cool, not hot, environment so that it doesn’t melt. It also holds up well when kept at a cool room temperature for a couple of days.

They’re perfect paired with these Simple Vanilla Cupcakes with Fresh Berries too! 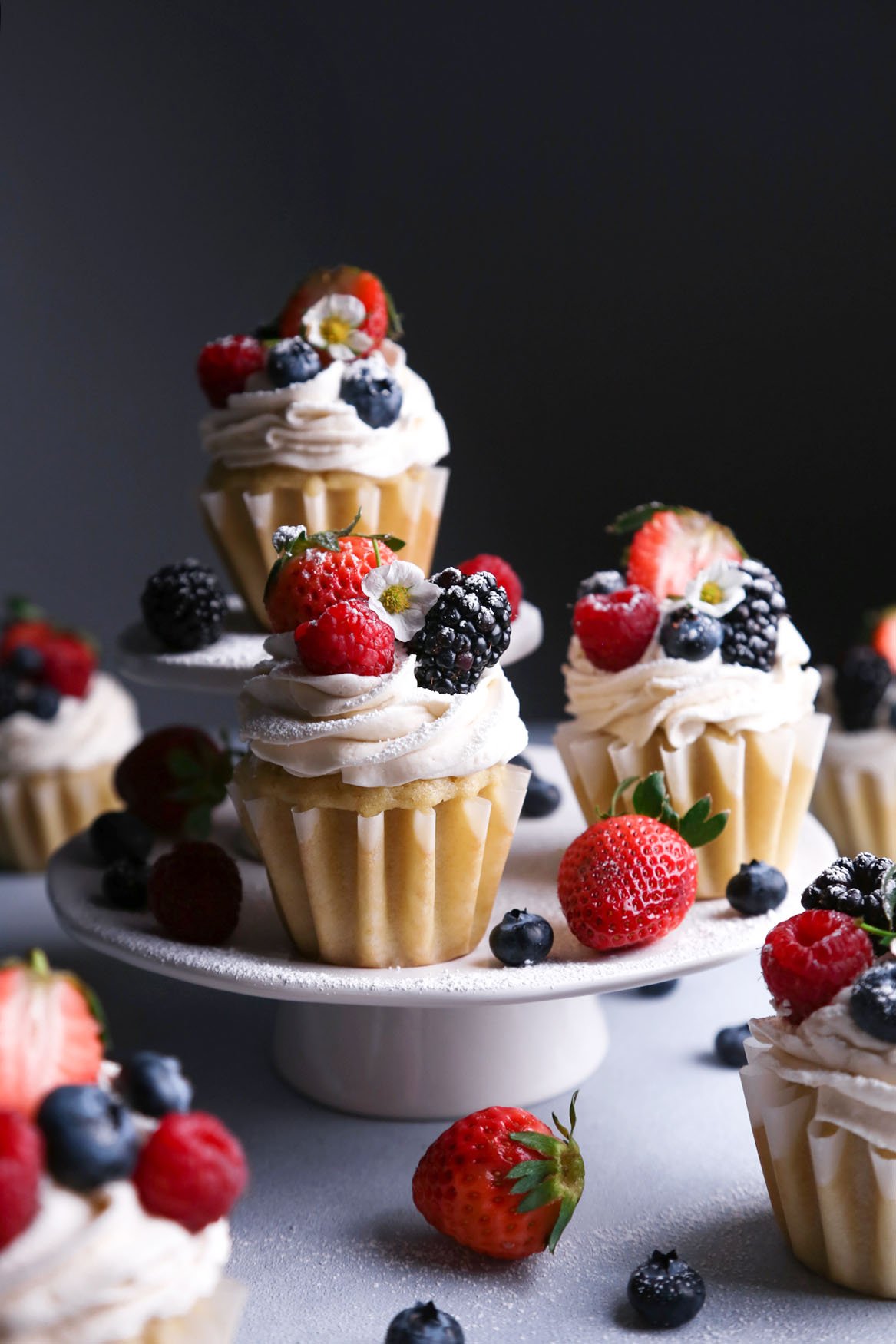 I hope you get a chance to give this a try! I also included a couple of my other buttercreams below, so be sure to check those out as well! Enjoy!

Fluffy and creamy vanilla buttercream that’s mildly sweetened and can easily be made dairy-free/vegan!

*Can use up to 1/2 cup more sugar if you want it more sweet.
*I used 1/2 cup/8 TBSP water for this buttercream since my butter/shortening was more firm. If you shortening/butter is more soft/loose, I’d suggest using 6 TBSP water.
***Dairy-free butter tends to be salted, which in turn makes the buttercream sweet/salty. If you don’t like it as salty, use less dairy-free butter and more shortening. Can also use all shortening for no salty taste. If using dairy-free butter, I recommend the sticks because they’re more firm than the tub butter and holds up better and is also better for piping.
Holds up well when kept at a cooler room temperature for a couple of days.
If made ahead, refrigerate in an airtight container and then bring to room temperature when ready to use. Beat again until fluffy. 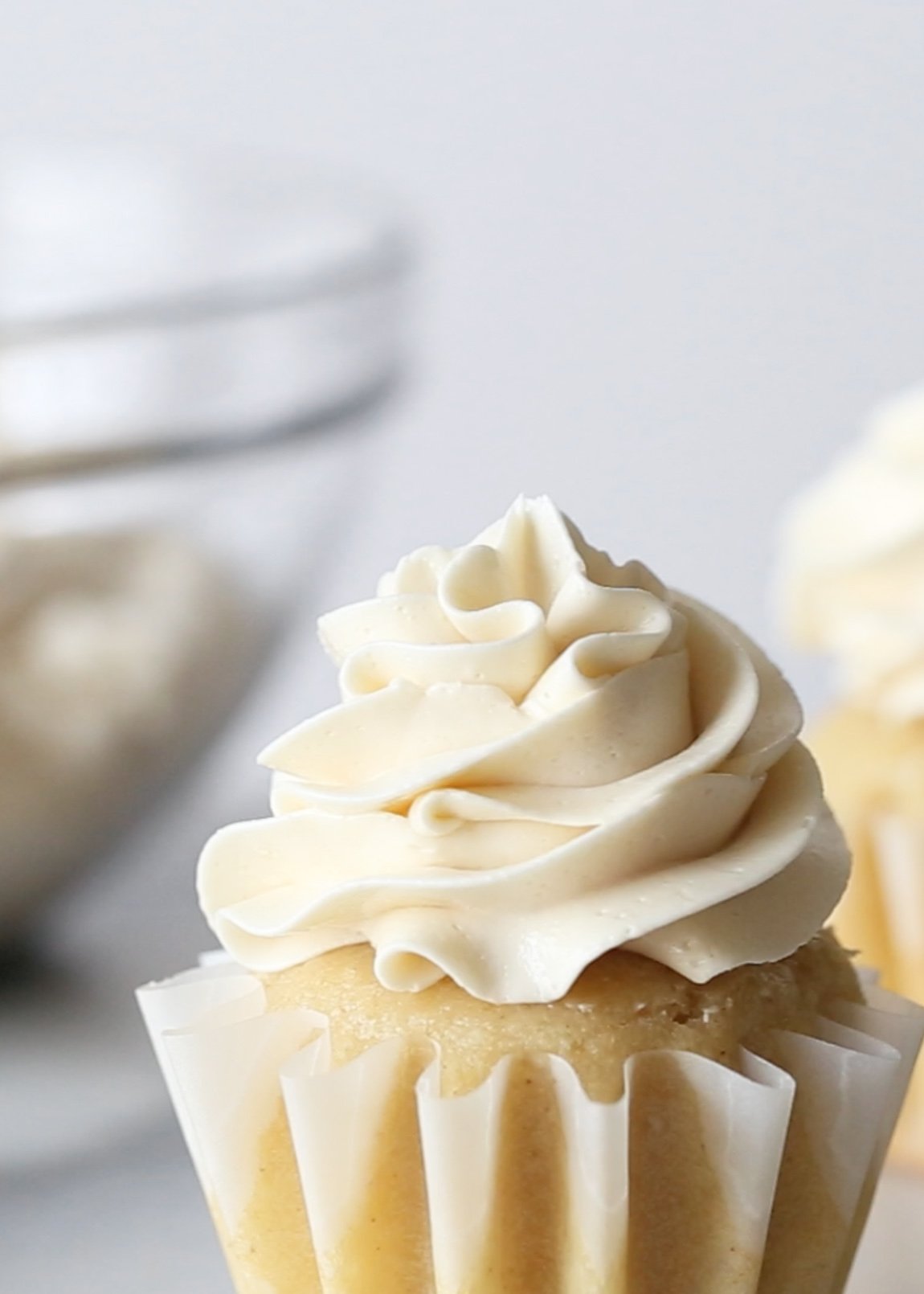