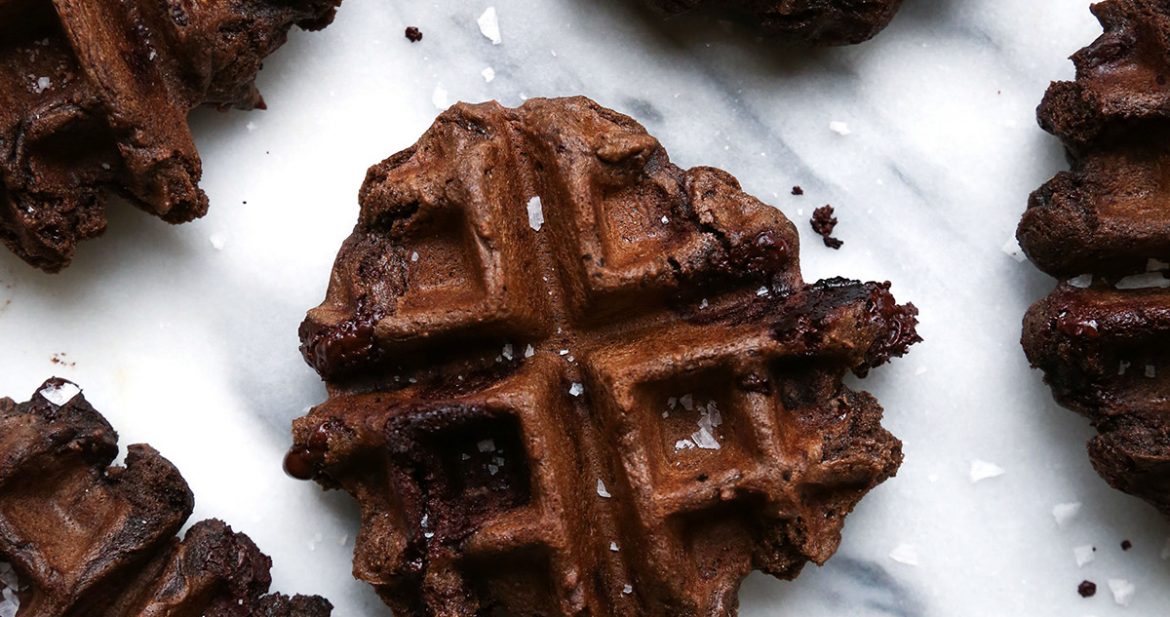 These fluffy and chewy double chocolate mochi waffles are delicious and both gluten and dairy free. Perfect for breakfast or dessert!

Scrolling around on Pinterest, I came across these “mochiffles“, aka mochi waffles, from Lady & Pups and I just knew I had to make them! Using Mandy’s recipe as a guide, I came up with my own version—I used coconut sugar instead of brown (and added a bit more, for good measure;) ) and also included a few tablespoons of coconut flour and an extra egg, to improve the texture. You guys, these mochi waffles are the jam!

For those of you who don’t know, mochi is a Japanese rice cake made by pounding glutinous rice until it becomes a sticky paste, which is then covered in starch and shaped or filled. It’s very gummy and chewy, similar to the tapioca balls in bubble tea. Maybe some of you have even tried the mochi ice cream sold in the freezer section of Trader Joe’s. Growing up in Hawaii, we made what was called butter mochi (a baked mochi cake) or would buy these super soft, colorful mochi dumplings called chi chi dango. 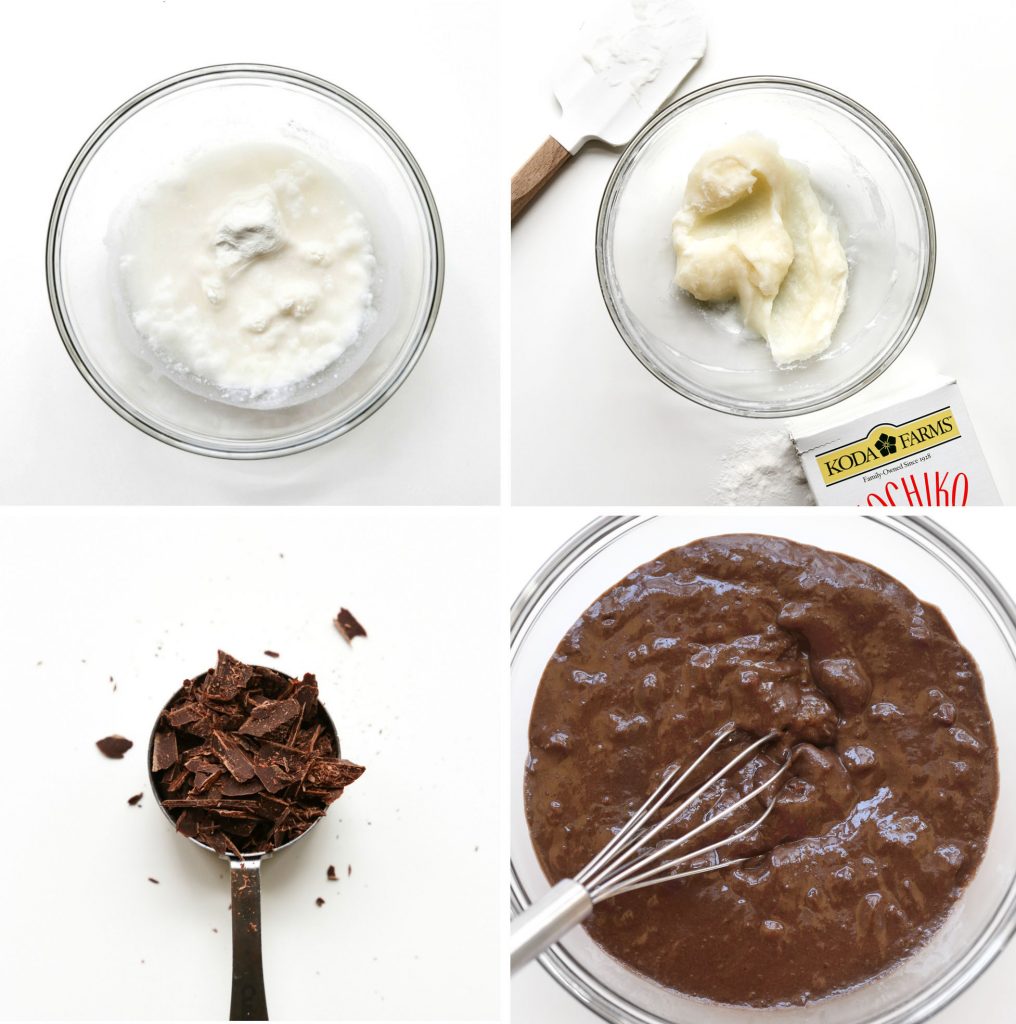 This recipe starts off by pre-cooking a portion of the mochi flour to make the batter cohesive. This helps to enhance the chew factor that mochi is known for. I also added chunks of chocolate, which turned into melty bites of bliss!

A bit of coconut flour and a couple eggs really help the texture of these to be fluffy while maintaining their chewiness. 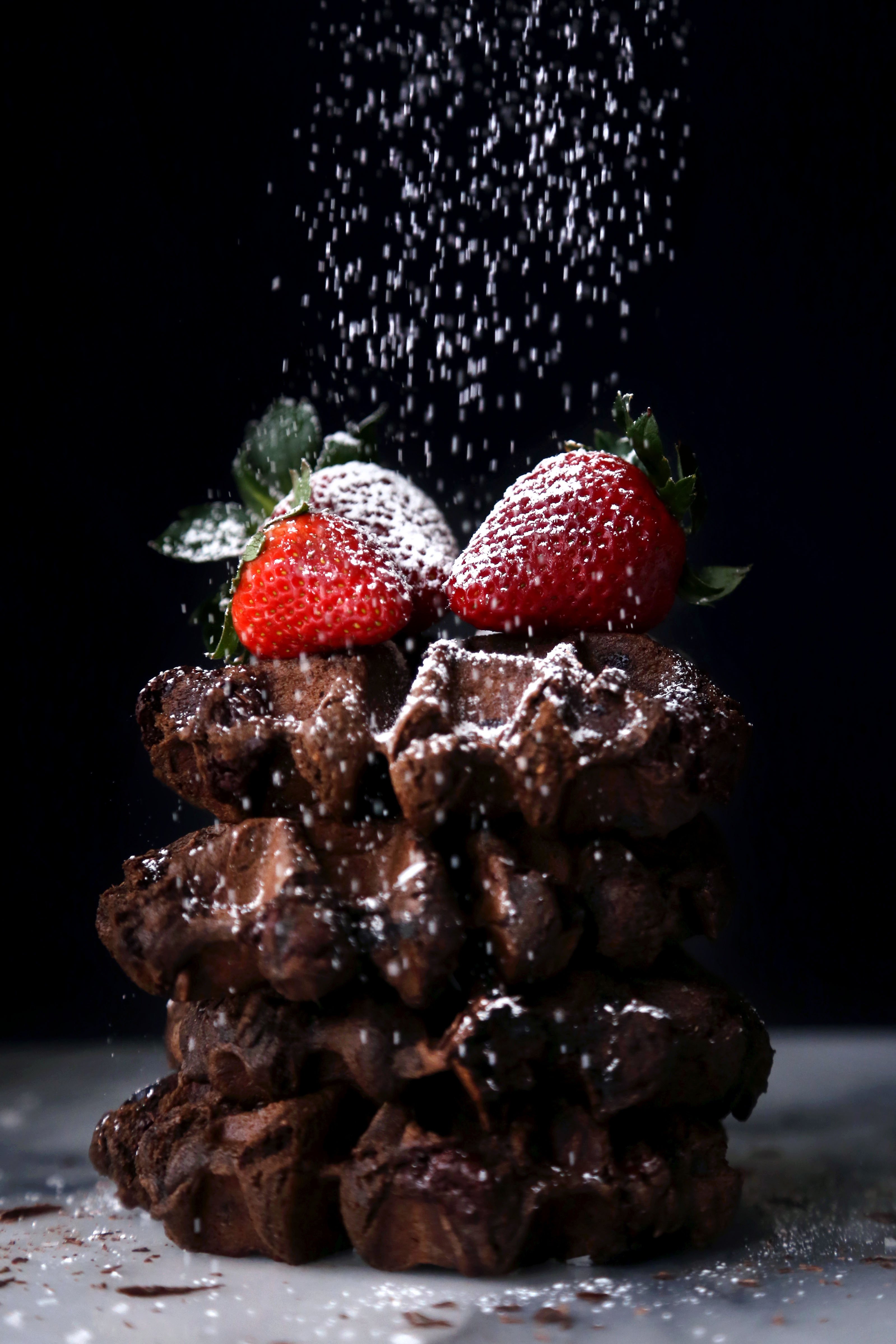 Top with fresh fruit or ice cream, these waffles are great for breakfast or dessert! And being that they’re made with rice flour, they’re naturally gluten-free too!

I hope you give them a try! Don’t forget to tag me on Instagram if you make them! 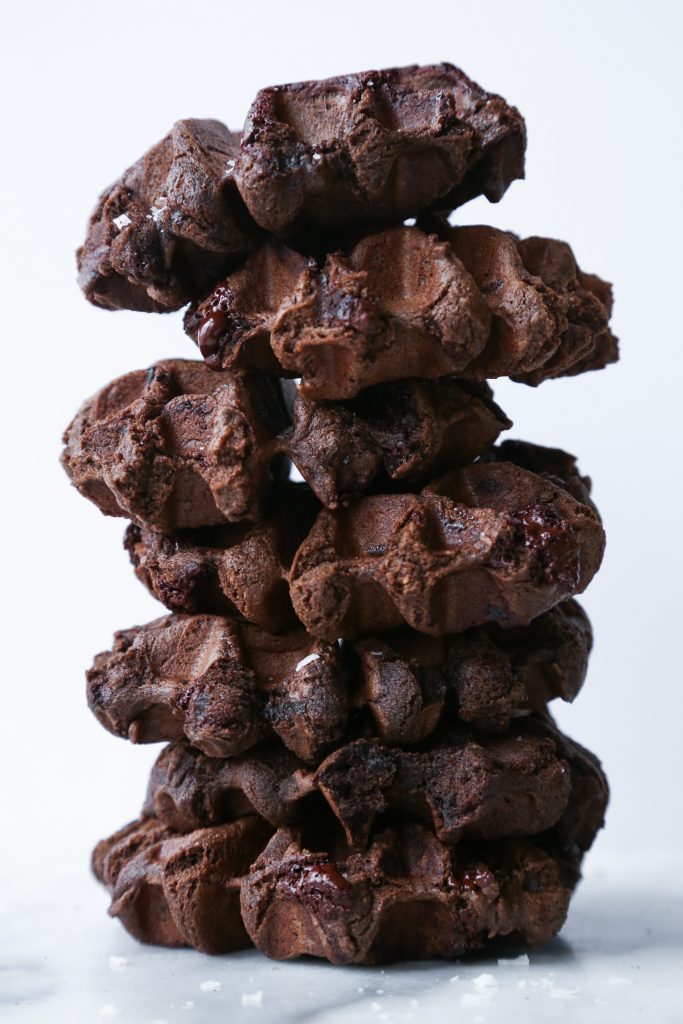 Print
If you love the chewiness of mochi, you're going to love these chocolate mochi waffles! They're delicious with fresh fruit and maple syrup for brunch or topped with ice cream and chocolate sauce for dessert! Free of gluten, dairy, and refined sugar too!
Serves: 6-8 waffles
Ingredients
Instructions
3.5.3226 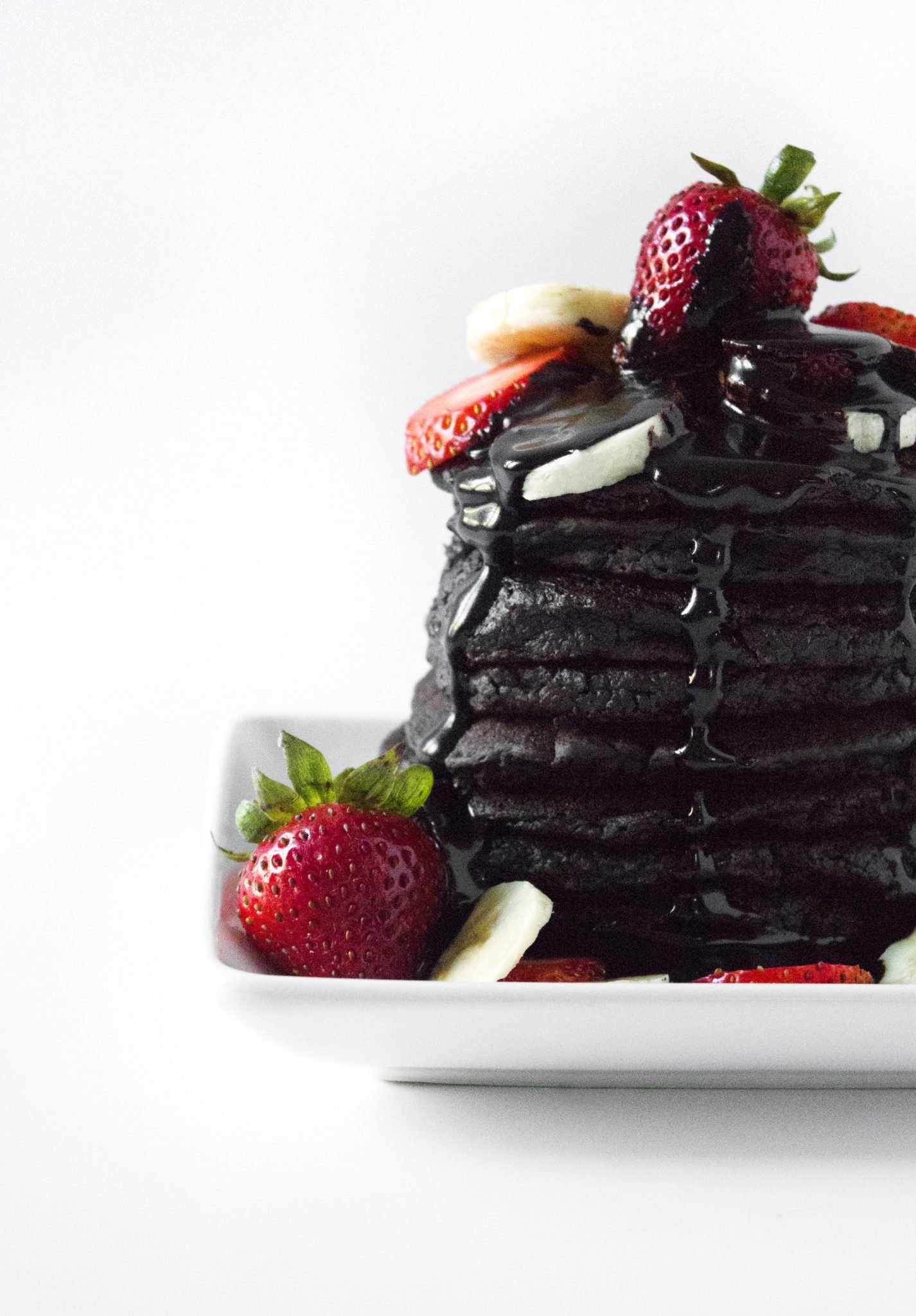 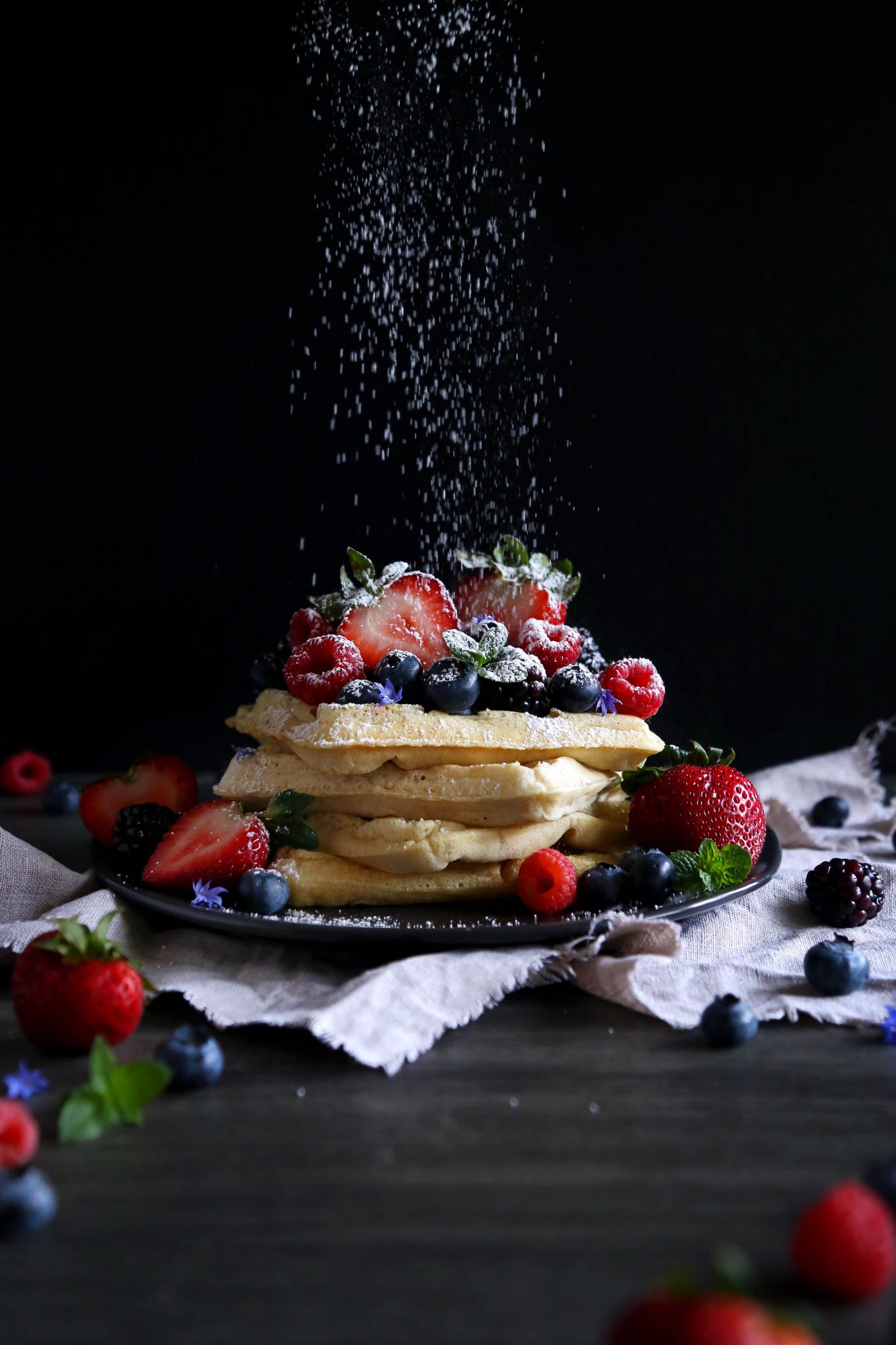 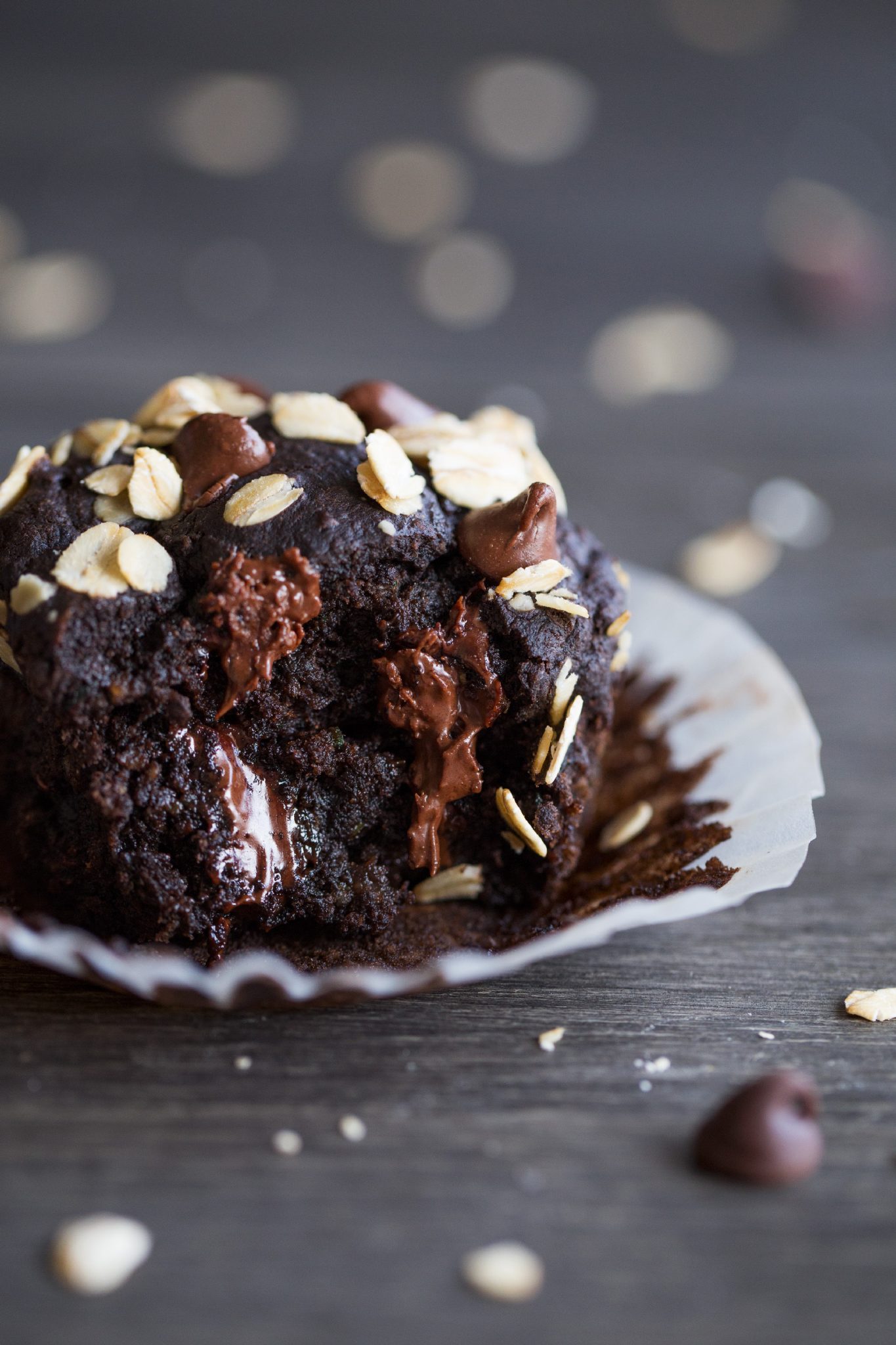