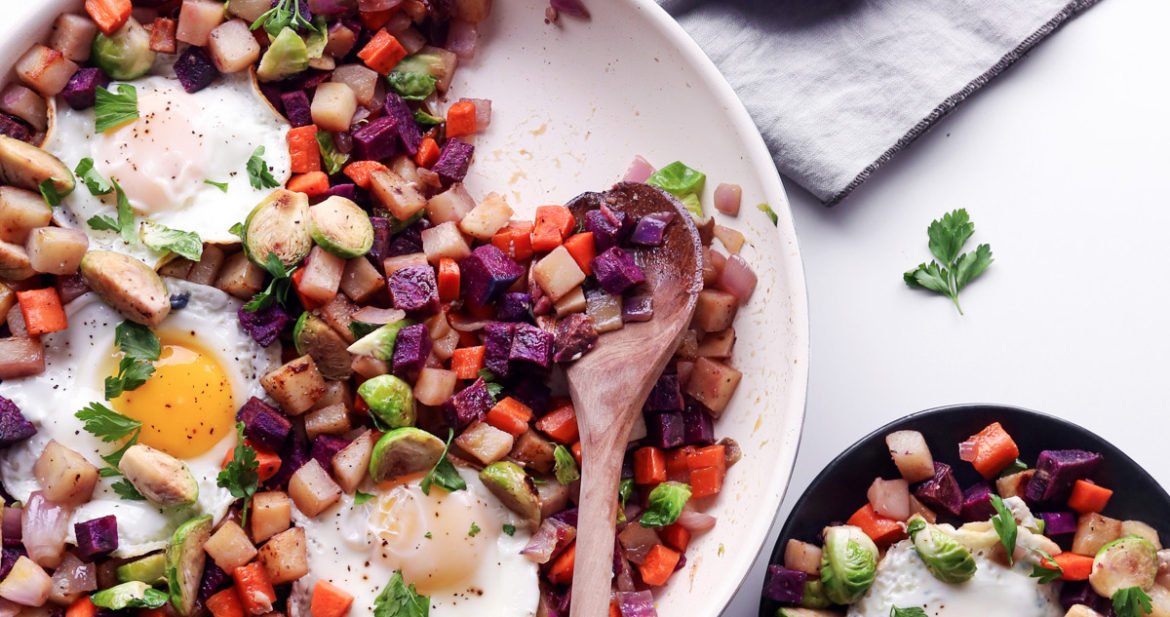 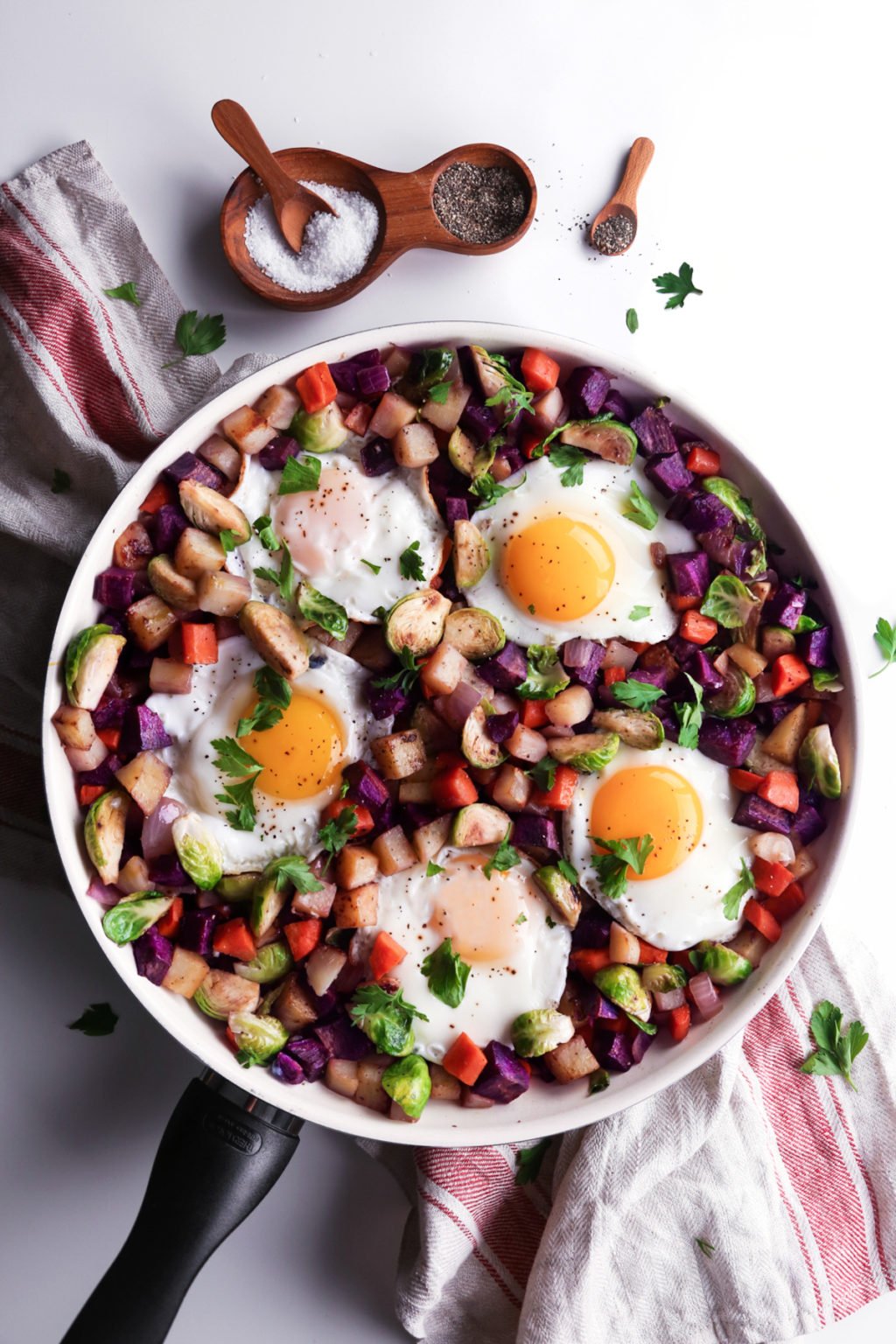 I used to think brussels sprouts were the grossest vegetable in the world. Also, who came up with the name and why does it have so many s’s?
Common sense tells us anything that smells like rotten eggs as it cooks can’t taste much better. I mean, come on!
Worst yet, my mom would boil the heck out of them, so they were, like, rotten egg mush. Yuck.

I hated vegetables. They were disgusting and I was convinced they were only created to torture us kids. I typically ate everything on my plate, except for the pile of green stuff, so my mom did what most parent’s do—played the manipulation game. It might be with the promise of dessert or staying up a little past bedtime. For other poor, unfortunate kids, it’s having to sit at the table until they’ve finished eating them. Or worse yet—have their parent’s feed it to them.

I remember my mom shoveling spoonfuls of veggies into my mouth with the promise that it would help me grow taller and stronger, “like Popeye!” Seriously, mom, why would I want to look like some scruffy, big-armed man who smokes a pipe? 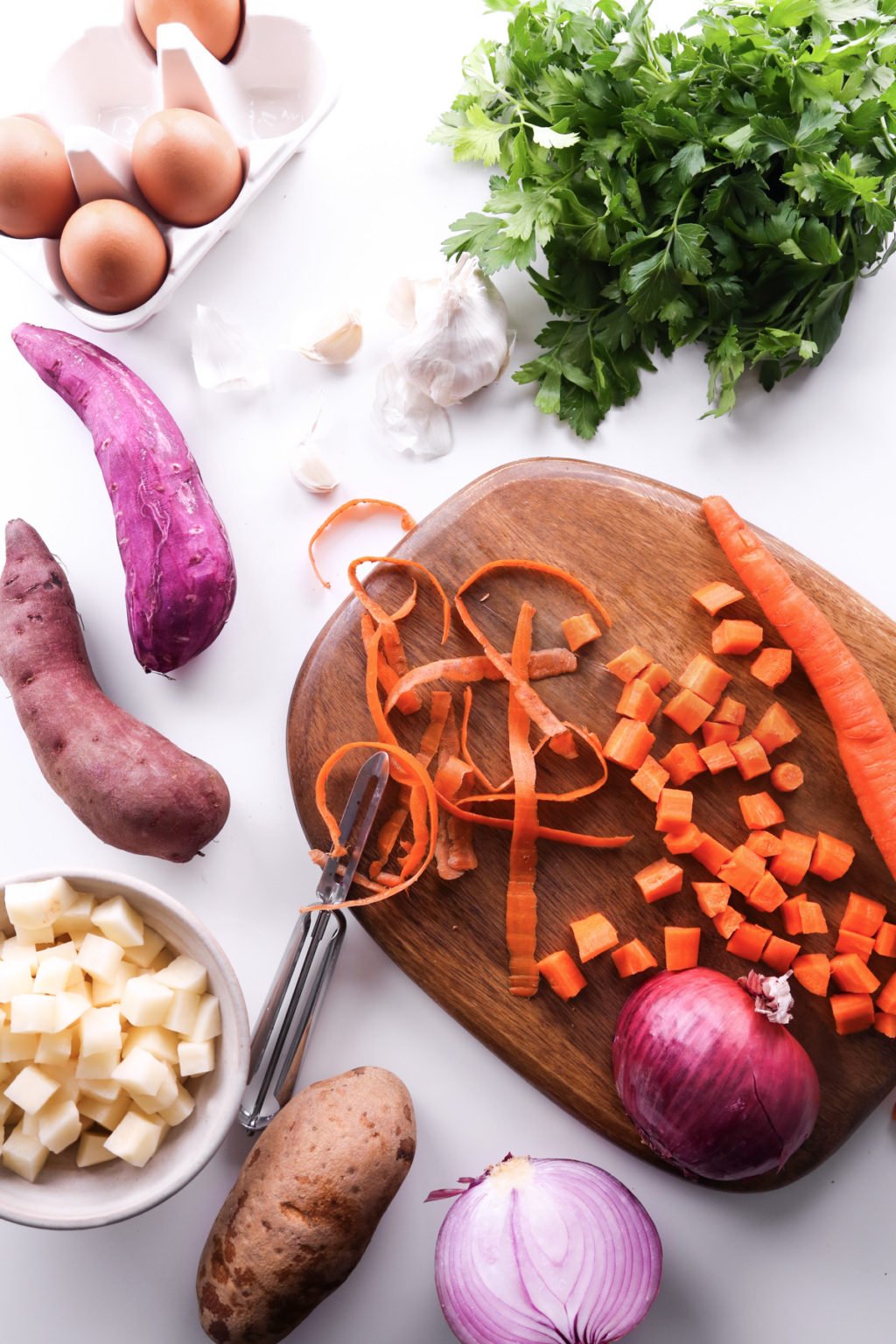 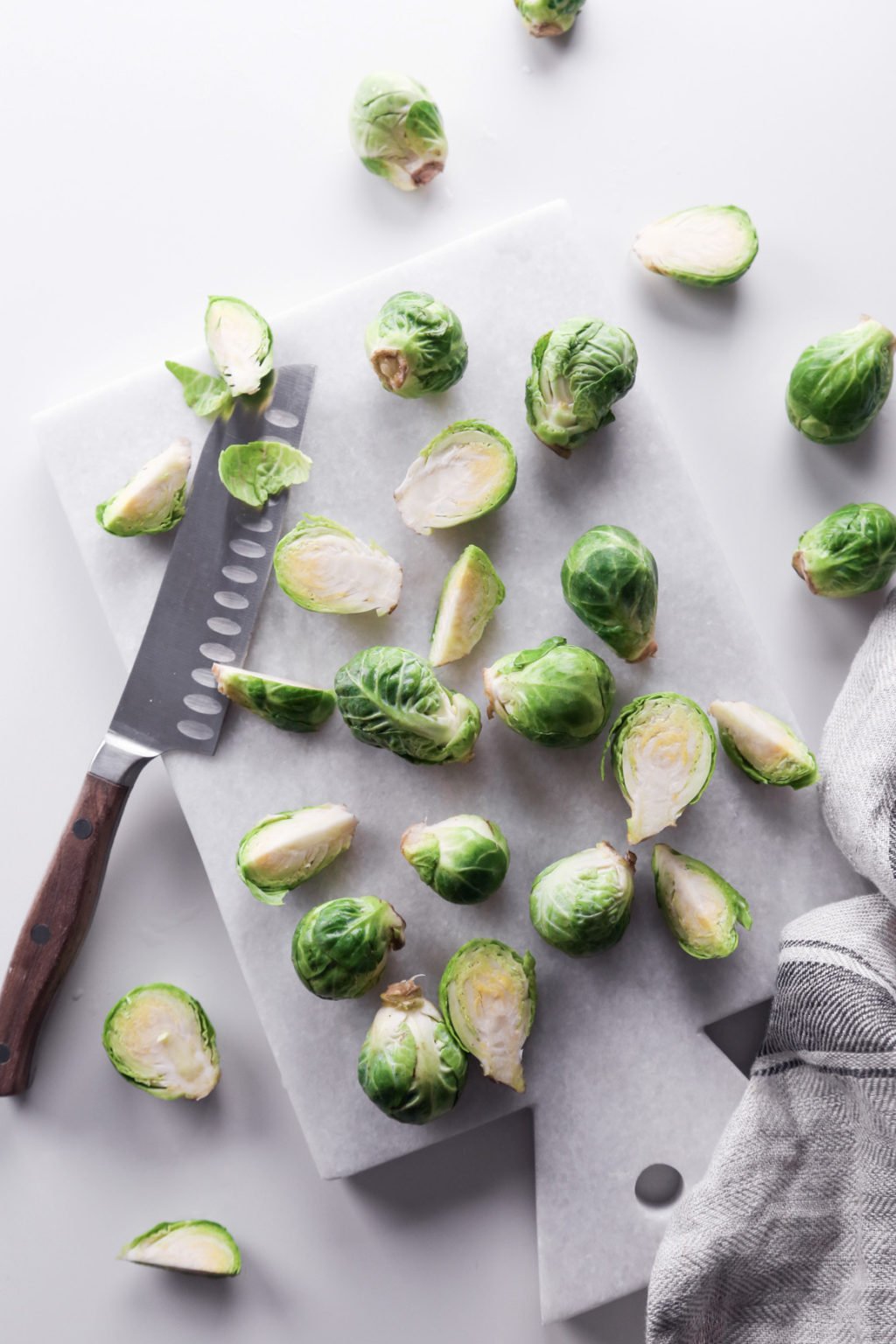 It wasn’t until I got older (and had kids of my own) that I understood the value of vegetables and their importance in our diets. I actually started to like them too, oddly enough. But brussels sprouts and I still kept our distance at the grocery store. I had a grudge against them for all the grief they gave me in my childhood. 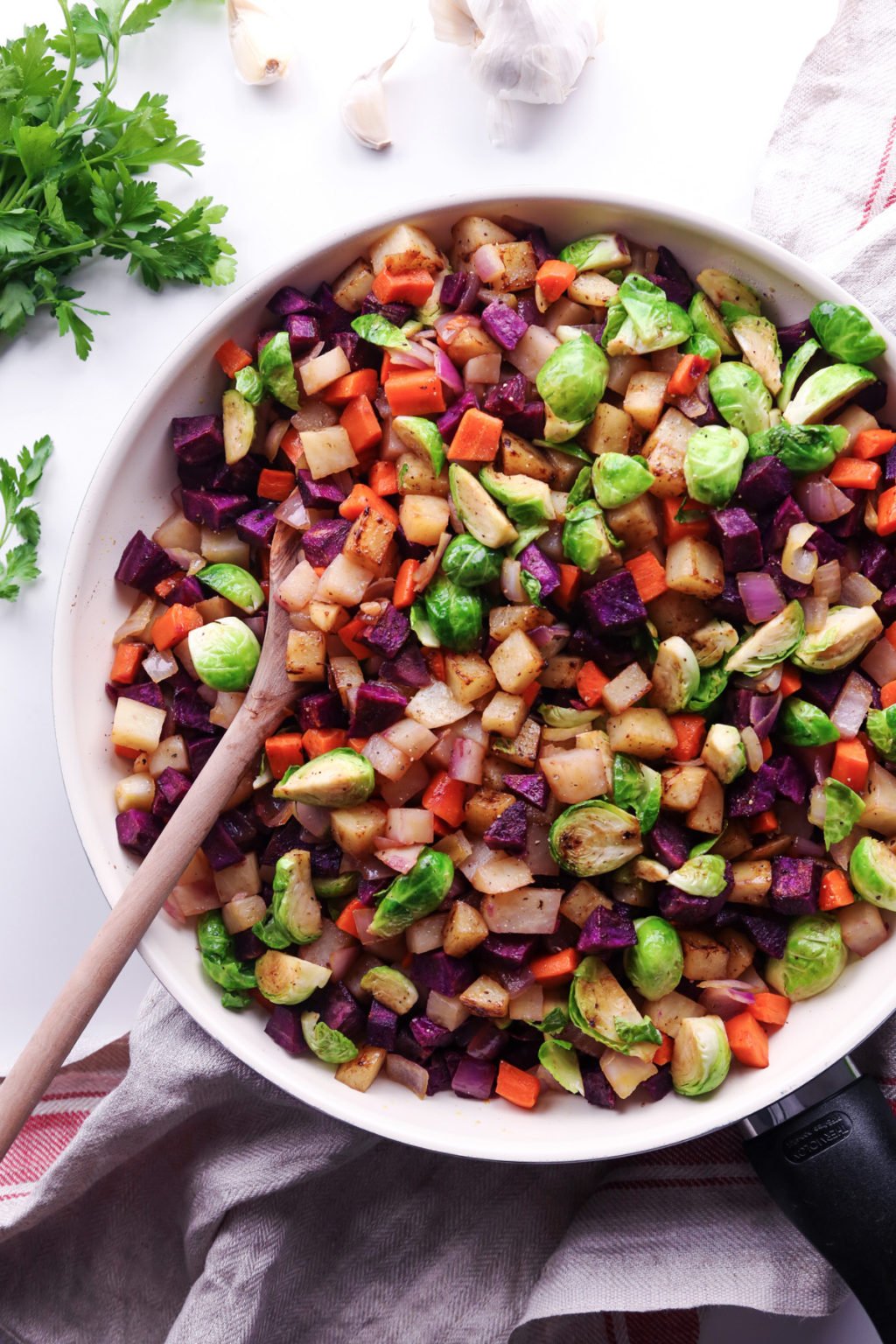 It’s funny how being a food blogger made me a bit more adventurous with food. It’s like, “ooh, I have no idea what these veggies are, but they would make such a pretty picture!” Then you make the veggies and figure out that they actually taste good!

So upon giving brussels sprouts another try a few years ago in order to get a pretty picture, I figured out that they taste a lot like cabbage, which I just so happen to love. Just don’t boil the heck out of them, please and thank you. 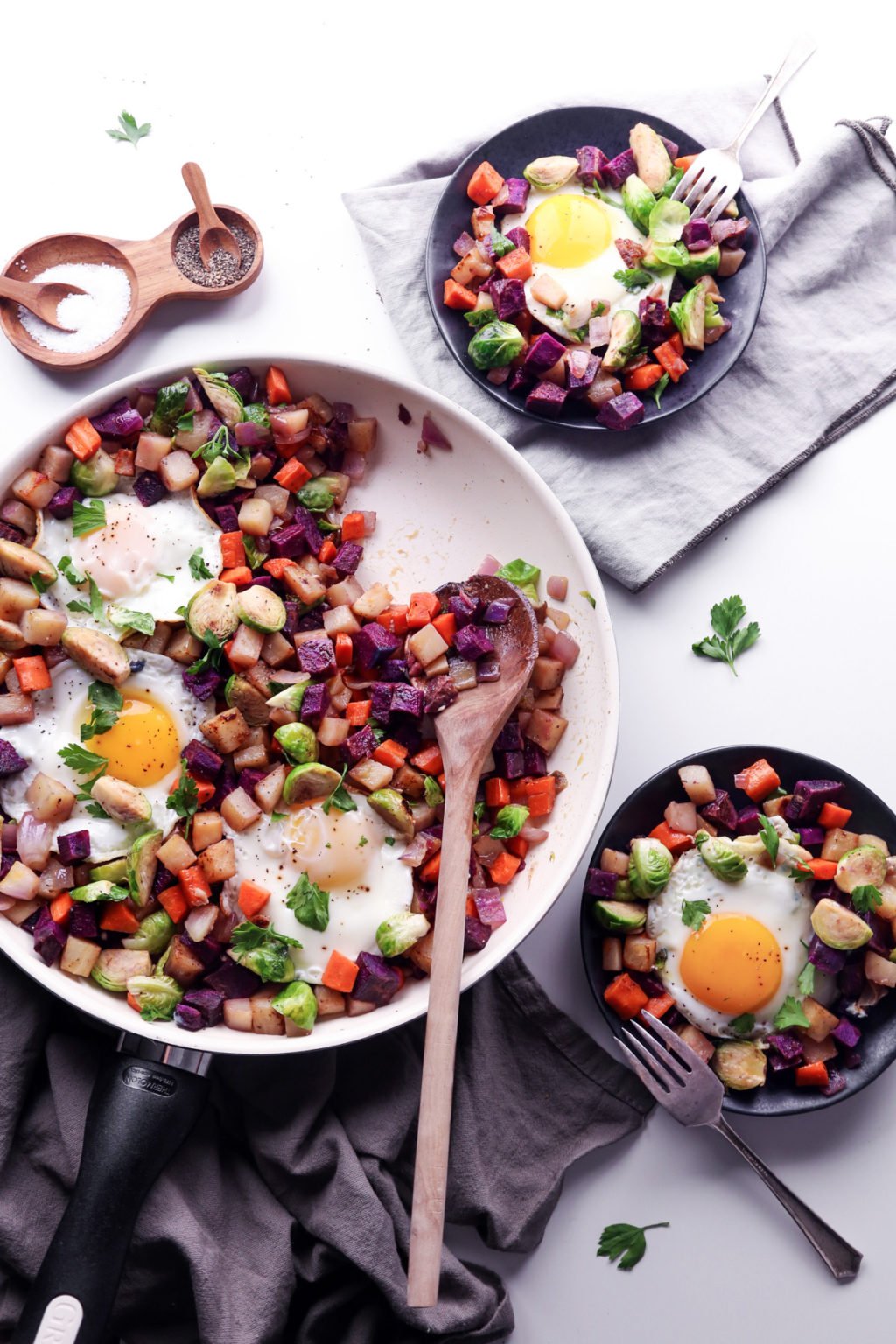 The nice thing about this hash is that it’s very hearty and you can easily substitute any of the ingredients for others you already have on hand. Use kale or cabbage instead of brussels sprouts, parsnips instead of carrots, or butternut squash instead of potatoes…so many possibilities! 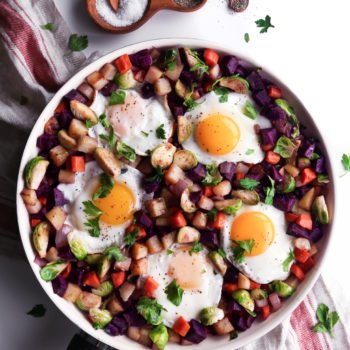