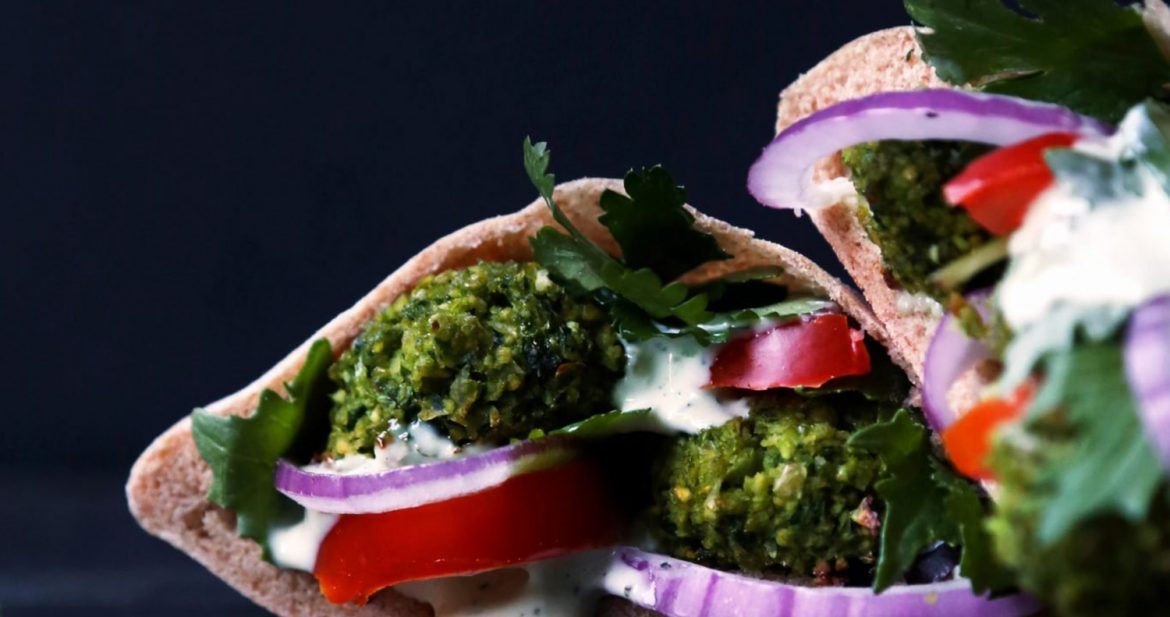 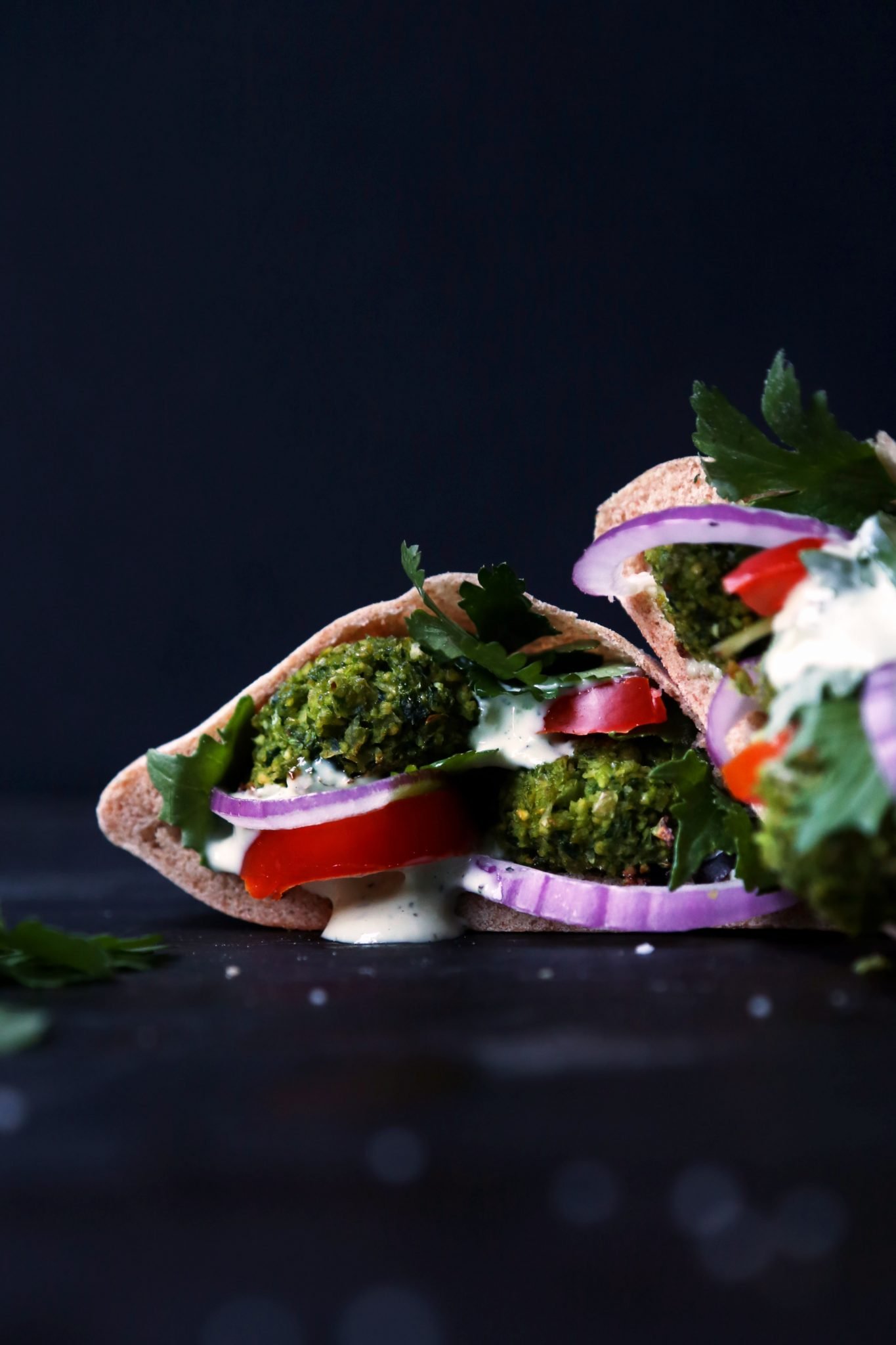 I was so excited when fellow food blogger and insta-friend, Ksenia from the lovely blog At The Immigrant’s Table, asked me to review her new e-book, Middle Eastern Small Plates, which was released April 15th. Not only did I get a sneak peak at the beautiful cookbook, which is full delicious vegetarian finger foods, but I was also able to pick one of the delicious recipes to share with you here! (Check the end of the post for a discount code!!)

Being from the pacific islands, I grew up with mostly Asian and tropical inspired dishes. I am embarrassed to admit that I hadn’t made nor eaten many European, Middle Eastern, or Indian inspired foods until just recently, but now I can’t get enough! Needless to say, I loved browsing through Ksenia’s cookbook and had a hard time picking just one recipe to make! 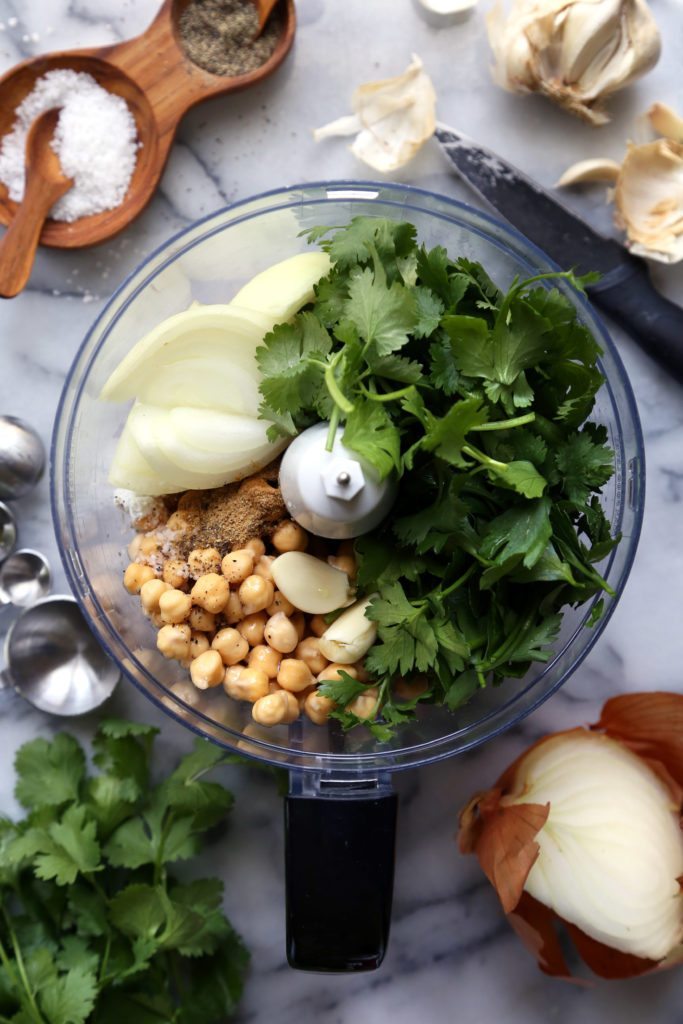 I decided I’d make her Baked Green Falafel recipe, because although I’ve never had falafel before, it’s one of the things I’ve been wanting to try for a while now. Falafel is traditionally deep fried, but I liked that this recipe is baked, making it a much healthier option. 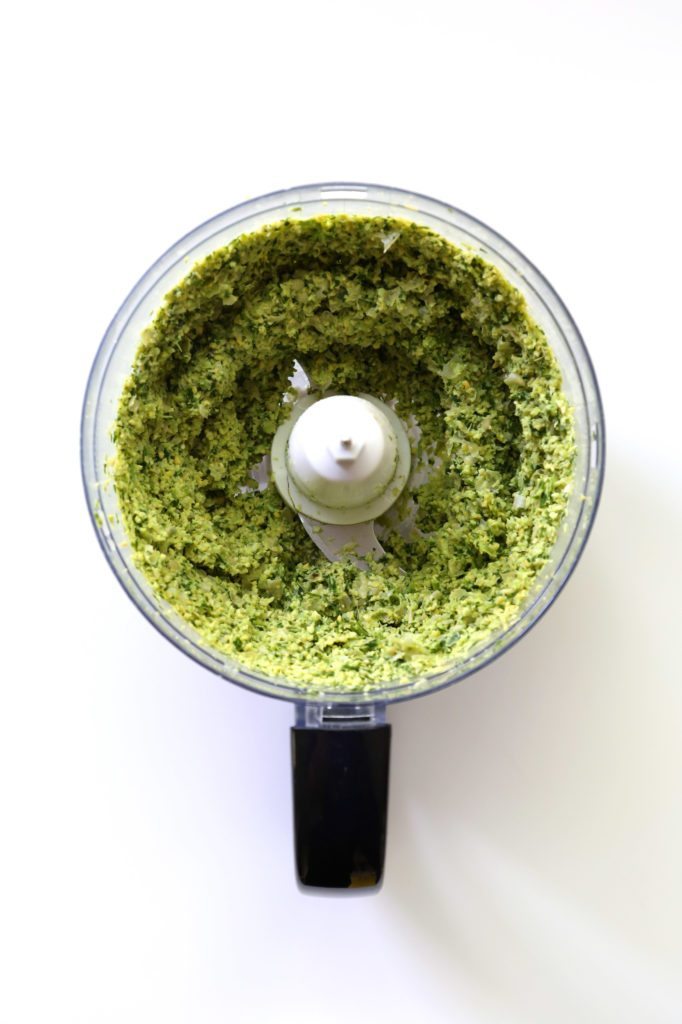 Ksenia says the key to good falafel is to use raw, soaked chickpeas. Just be sure to soak them for several hours (overnight is best) in which the chickpeas will absorb the water and double in size. Strain well before blending to avoid an overly wet mixture. 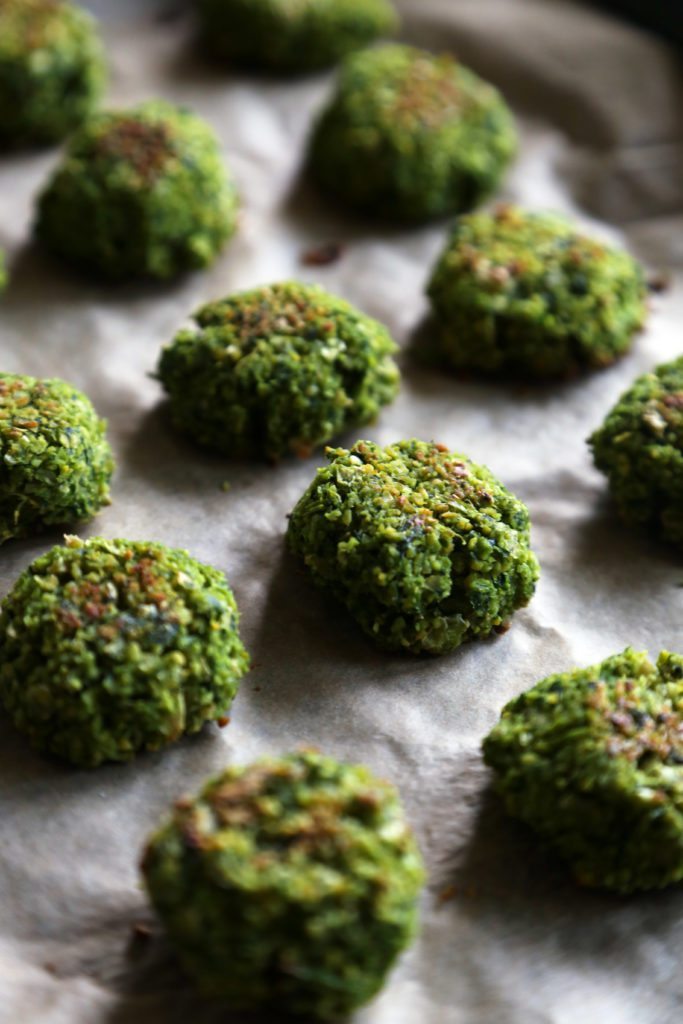 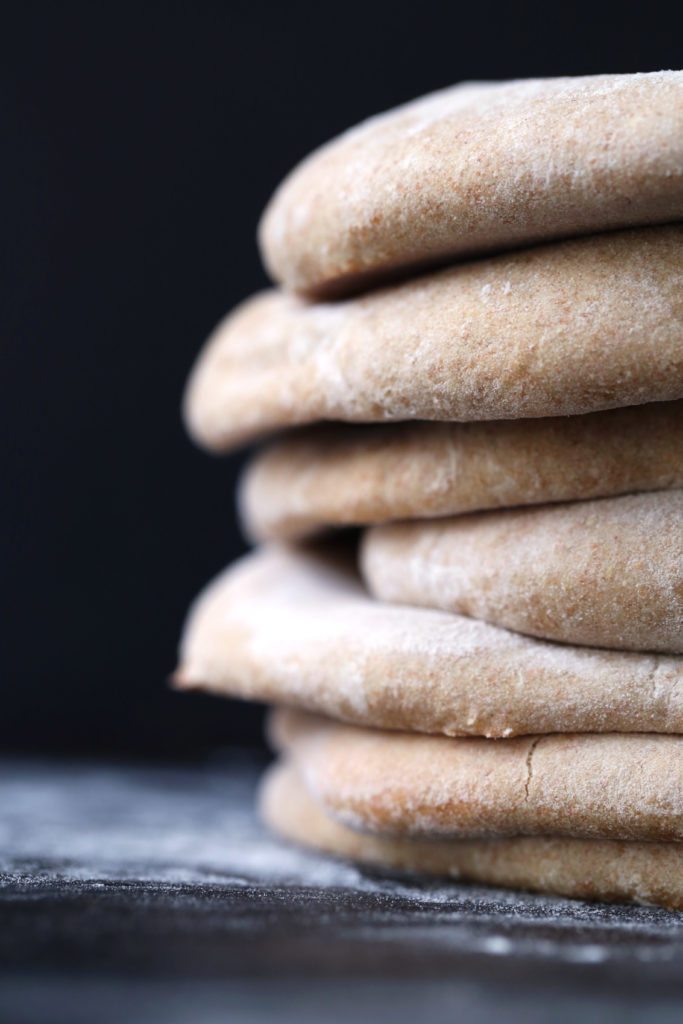 I made homemade pita bread (link in recipe below) which was much easier than I had expected! It was also VERY delicious, so much more than store-bought bread, but what else is new 😉 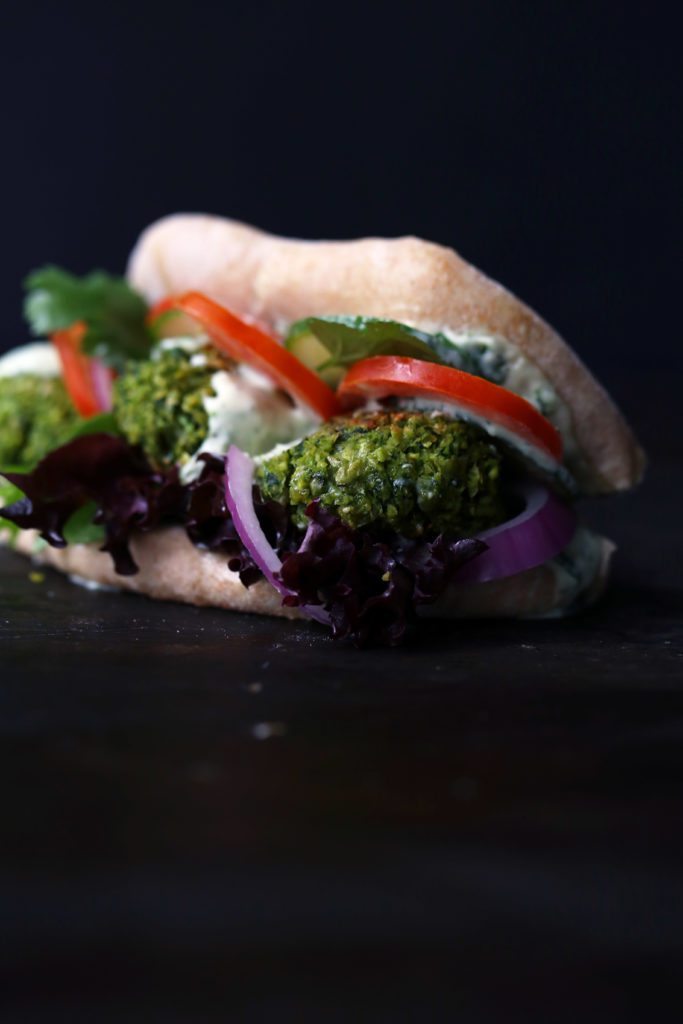 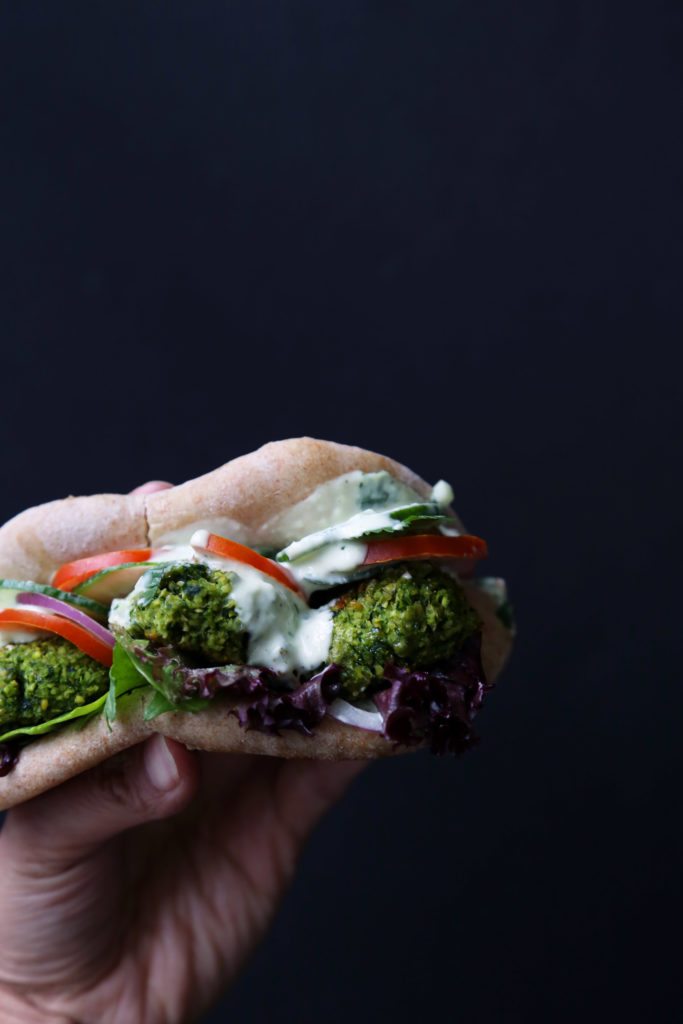 You can eat the falafel alone with some tahini drizzled on top or you can make a yummy pita bread sandwich! I obviously opted for the latter, which I am convinced is the most delicious choice!

You can fold the pita like a taco or slice in half to create a pita pocket. Either way, just stuff with the falafel, fresh veggies and don’t forget to drizzle some tahini or the creamy cucumber dill sauce I added below! 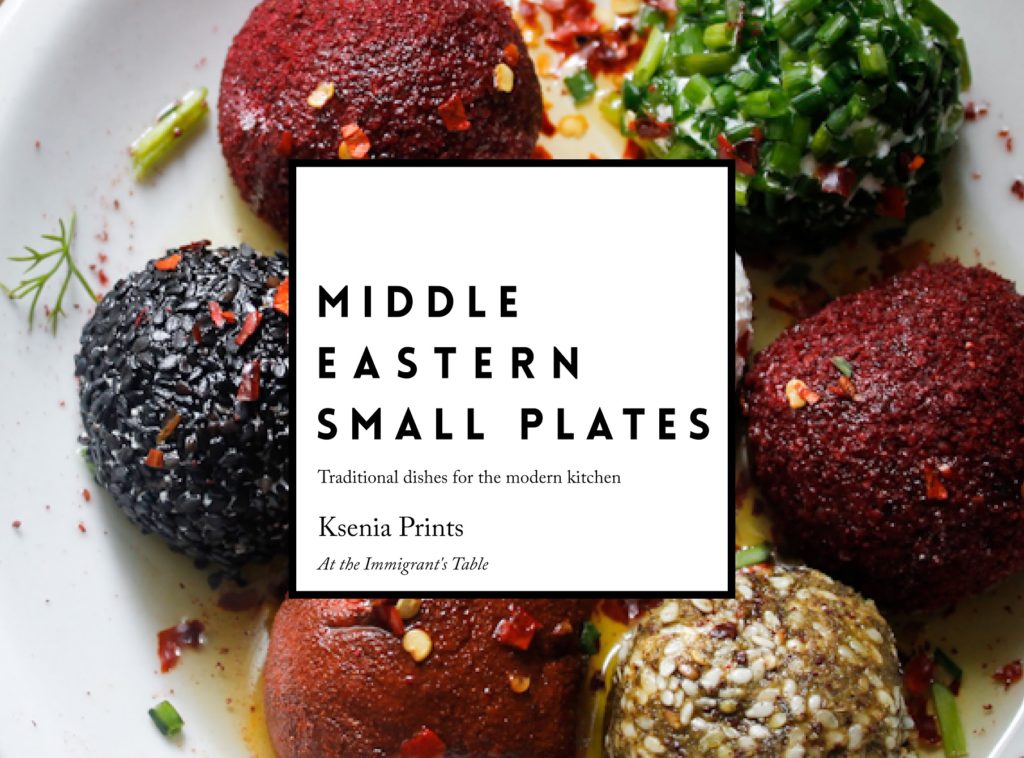 Ksenia is offering to give away a copy of her e-book to one of you! Just leave a comment below stating what your favorite way to eat falafel is! ****GIVEAWAY CLOSED**** Congrats to Leigh-Ann for winning a copy of Middle Eastern Small Plates!

She’s also offering to give 15% off to any Wifemamafoodie readers interested in purchasing her e-book! Just use the code #WIFEMAMAFOODIENLOVE at checkout. Learn more about Ksenia’s e-book by clicking here.