This apple pie pop tarts post is sponsored by Crunch Pak, but all opinions are my own. Thank you for supporting the brands that support Wife Mama Foodie! 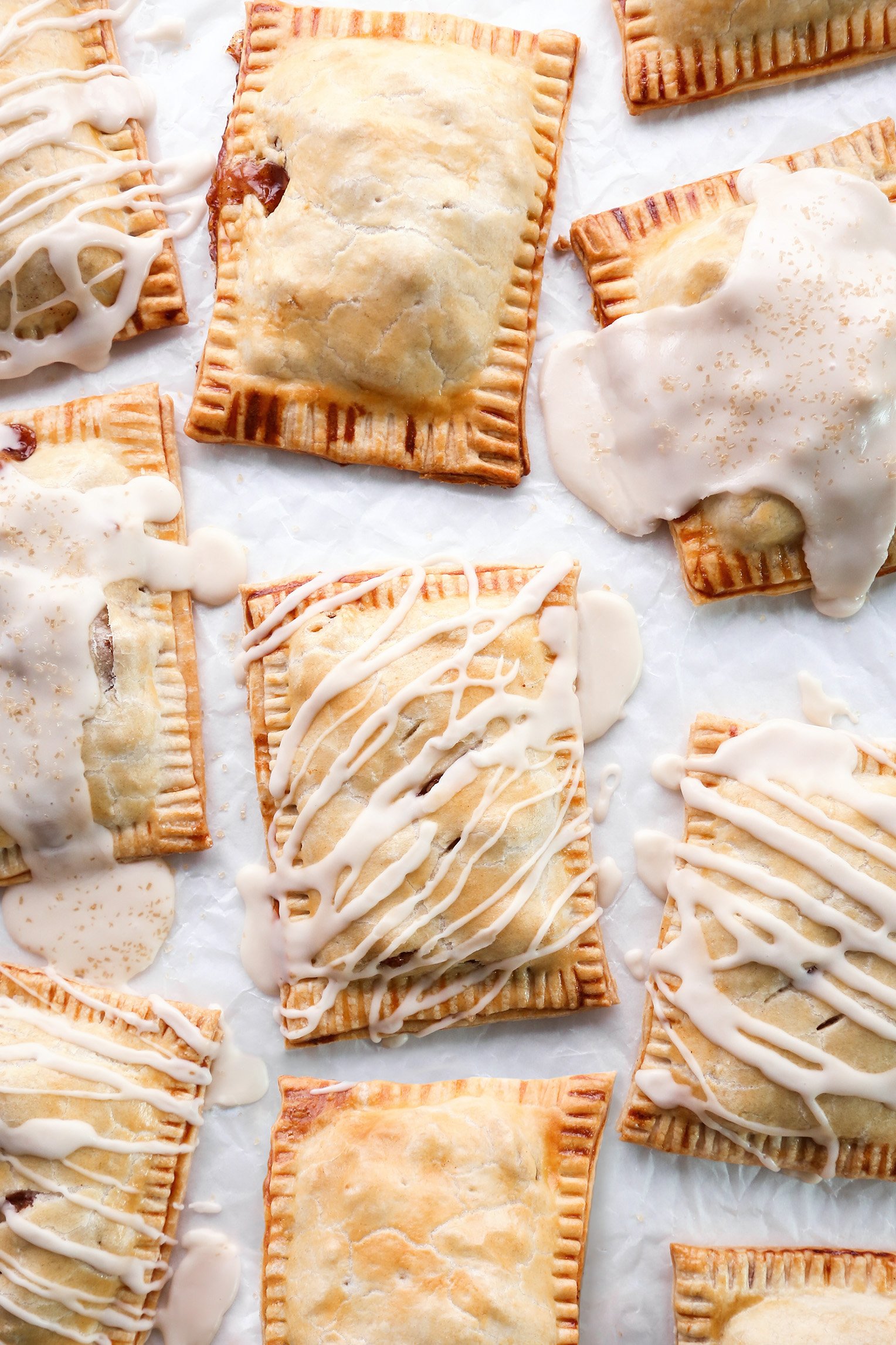 As a mom, I strive to fuel my family with wholesome foods and snacks throughout the week, but there was a time back when my kiddos were little and I was in college full time that I bought a lot of prepackaged foods for convenience. One of the snacks my kids would always ask for were pop tarts. I obliged because what mom doesn’t love an easy breakfast?! It even came in a two pack, one for each kid. Breakfast, check. I’ve come a long way since those days and cringe at the fact that I fed my kids that jelly filled cardboard for breakfast. That’s not to say they didn’t enjoy eating them though. I sometimes catch them looking at the boxes of pop tarts longingly as we pass them in the aisle at the grocery store. I’ve told them for years that I would make a homemade version for them and I’m happy to say that I’ve finally lived up to that promise!

My goal was to make a healthier version, that has regular ingredients, instead of a bunch you can’t pronounce, and that’s full of fresh fruit instead of jam. I had several packages of Crunch Pak Organic Apple Slices in my refrigerator, so I decided to whip up a batch of apple-cinnamon pop tarts! They’re everything you love in an apple pie, but in pop tart form! 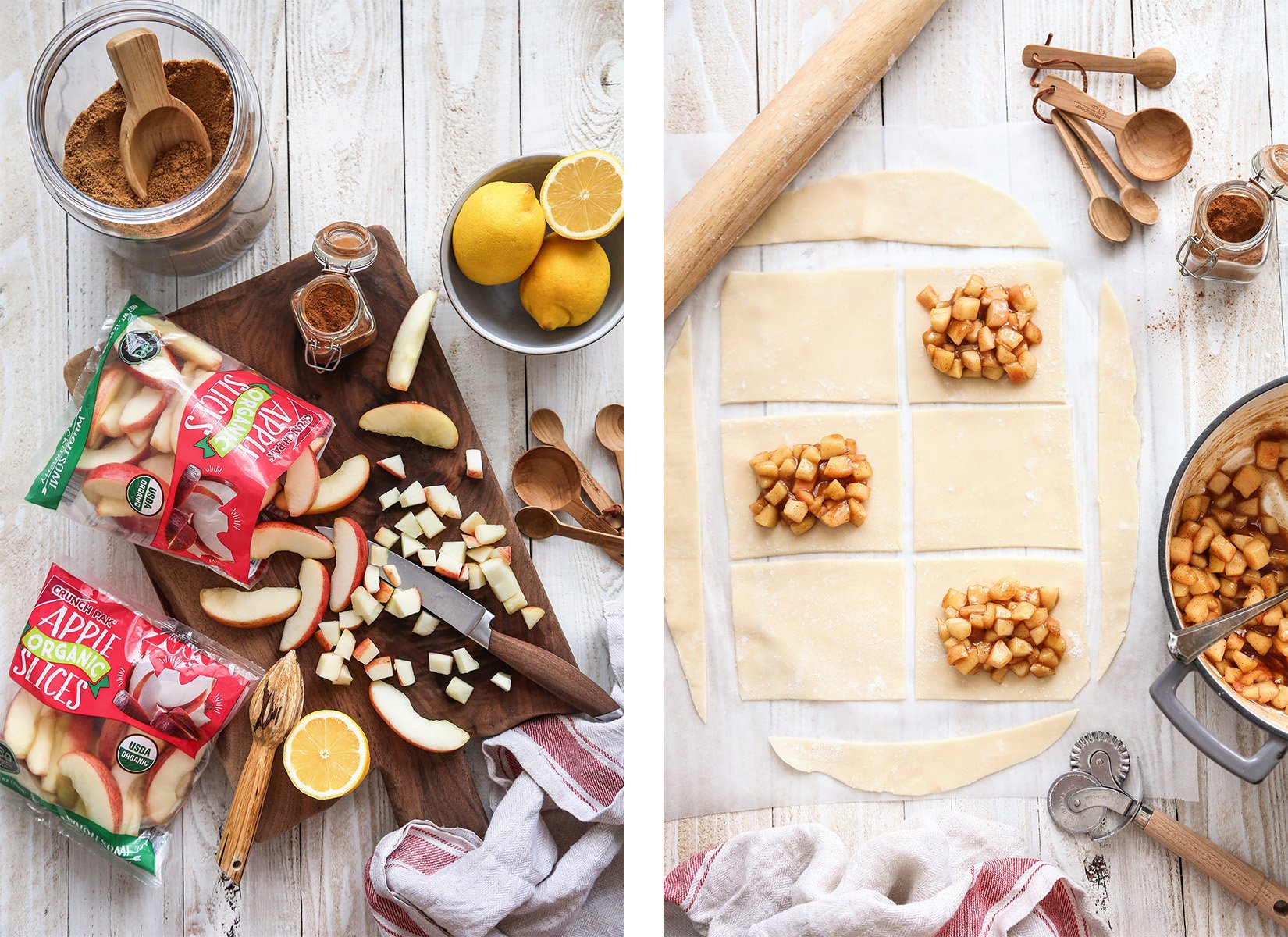 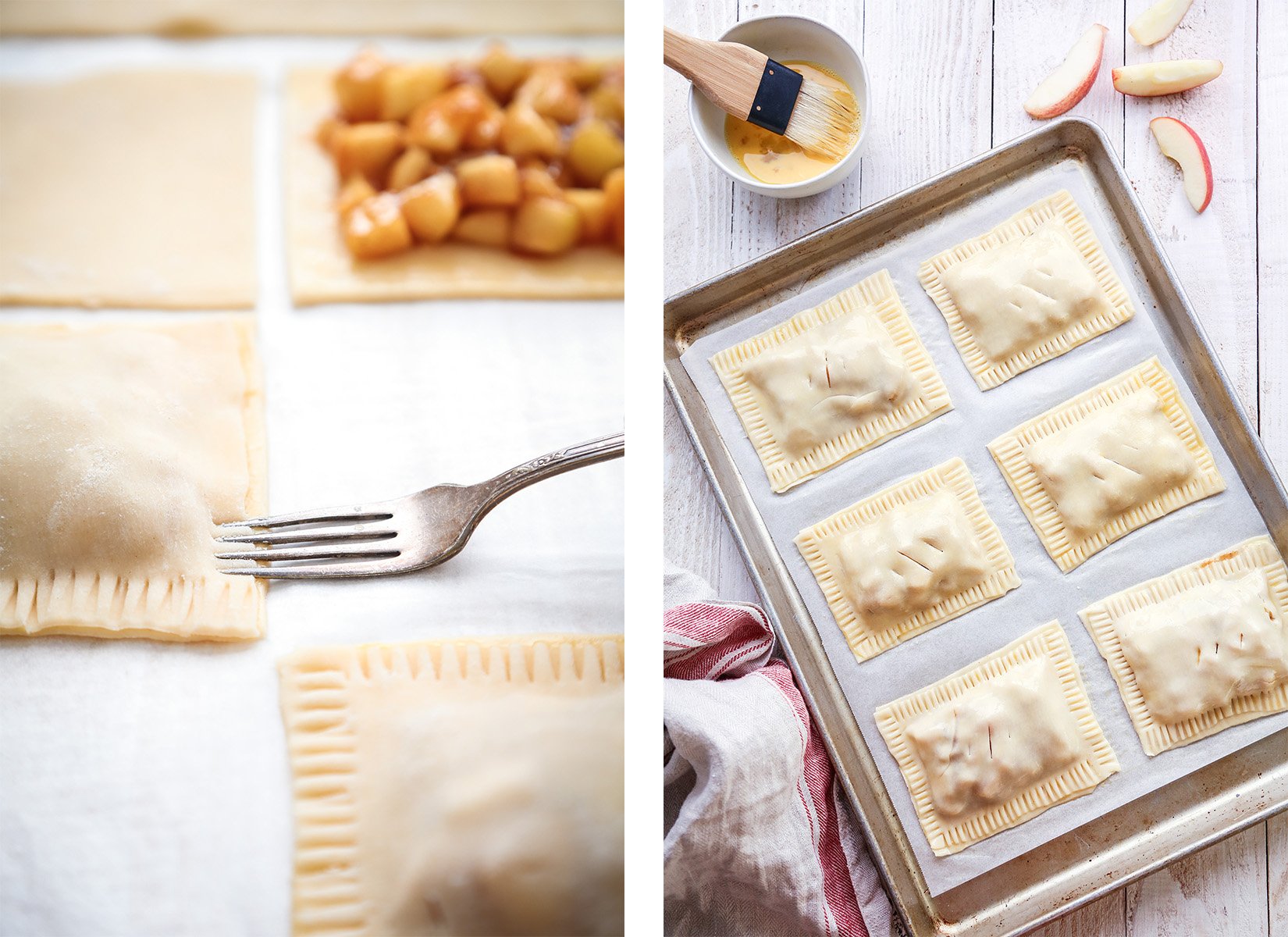 These Crunch Pak Organic Apple Slices are not only great for snacking on, but for baking with as well. It’s so convenient to have pre-washed, cut, and cored apple slices that are all ready to be quickly chopped up and thrown into recipes. Having apples ready to go, along with pre-made pie crusts, made these pop tarts such a cinch to whip up!

I love the fact that these Crunch Pak Apple Slices are organic and packaged in a good enough portion size for my family of four to snack on. I can easily grab a bag of apple slices as we head out the door and we have a healthy snack to enjoy on the road or to take to the park. Since they’re packaged in breathable packaging, they stay fresher for longer too. 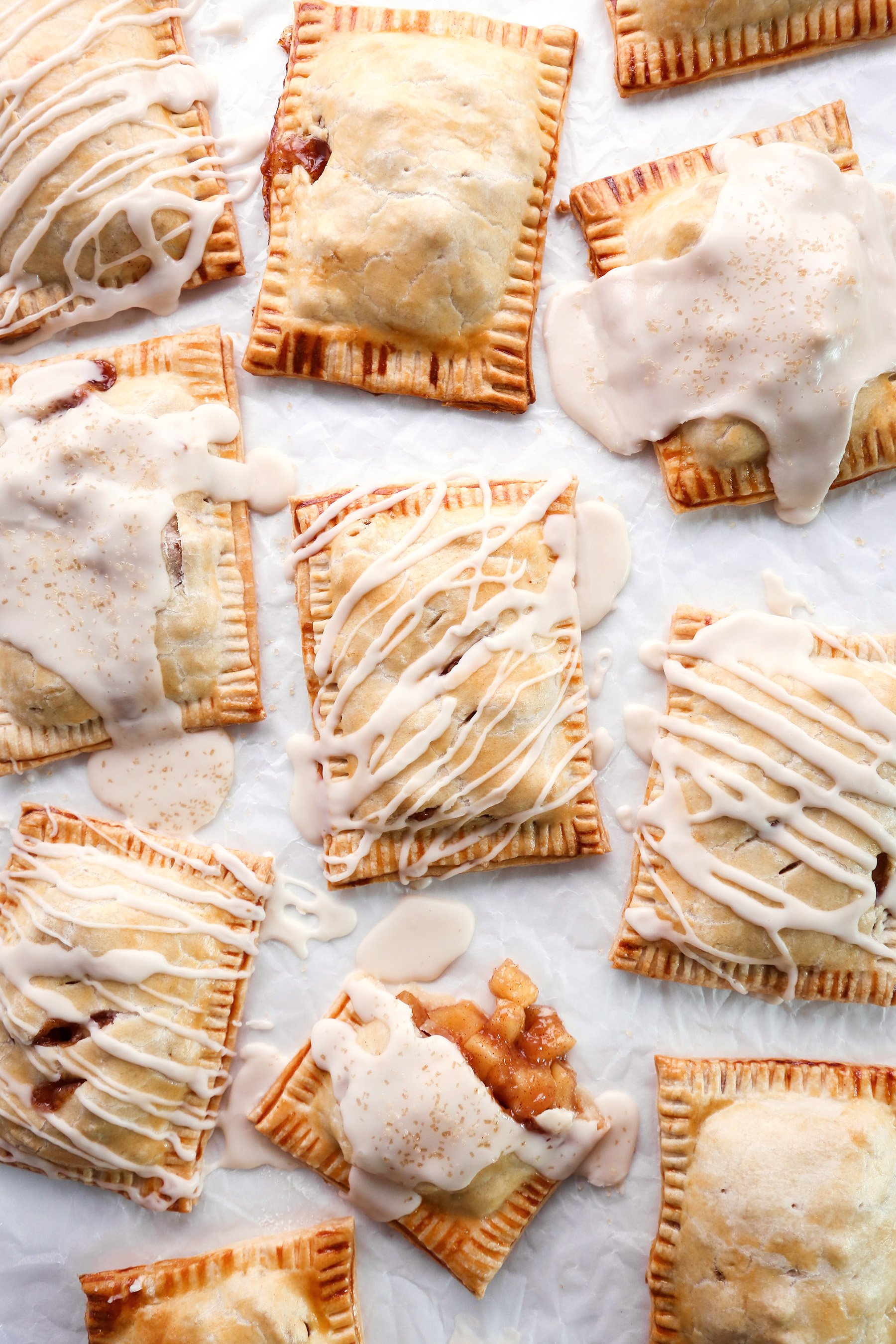 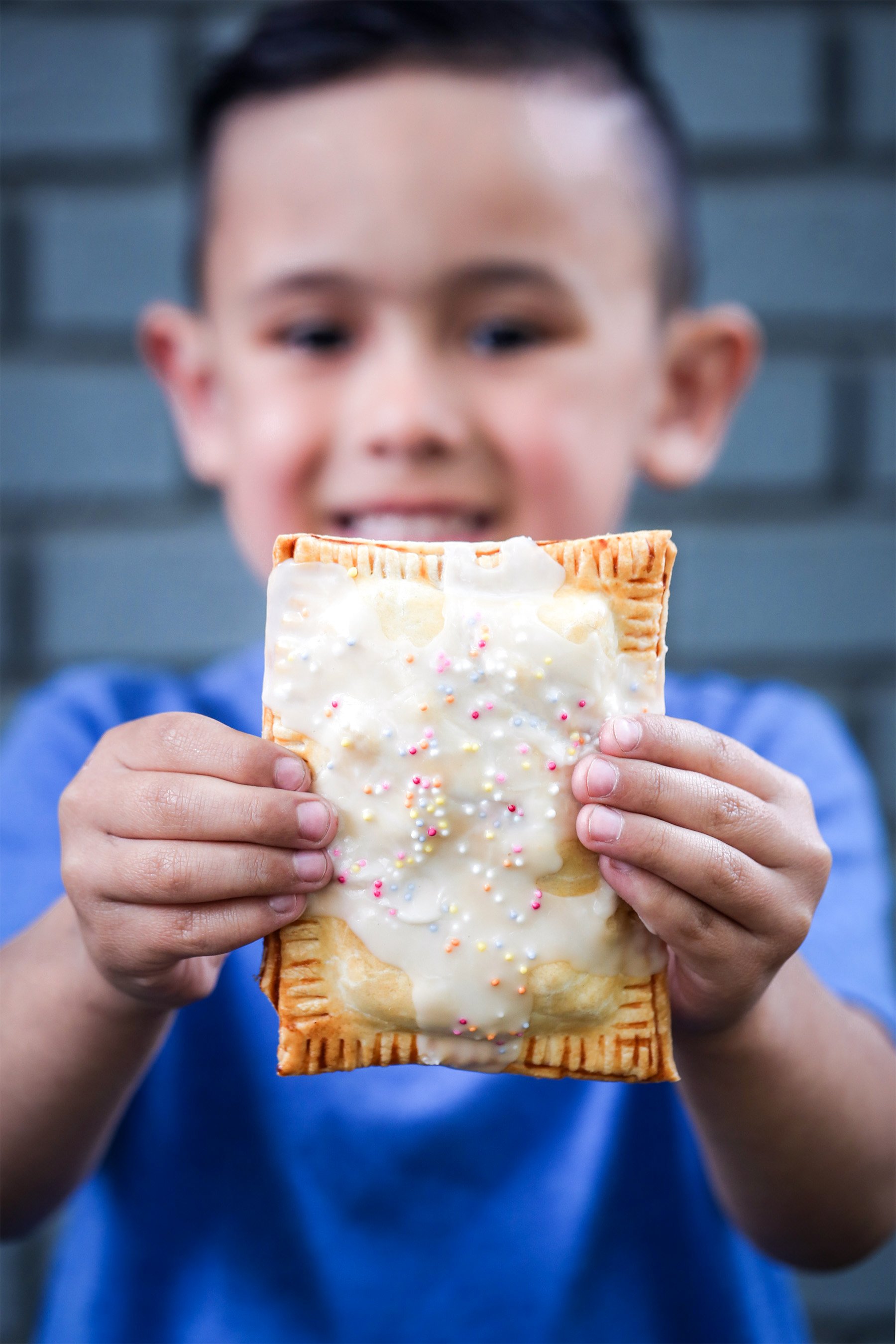 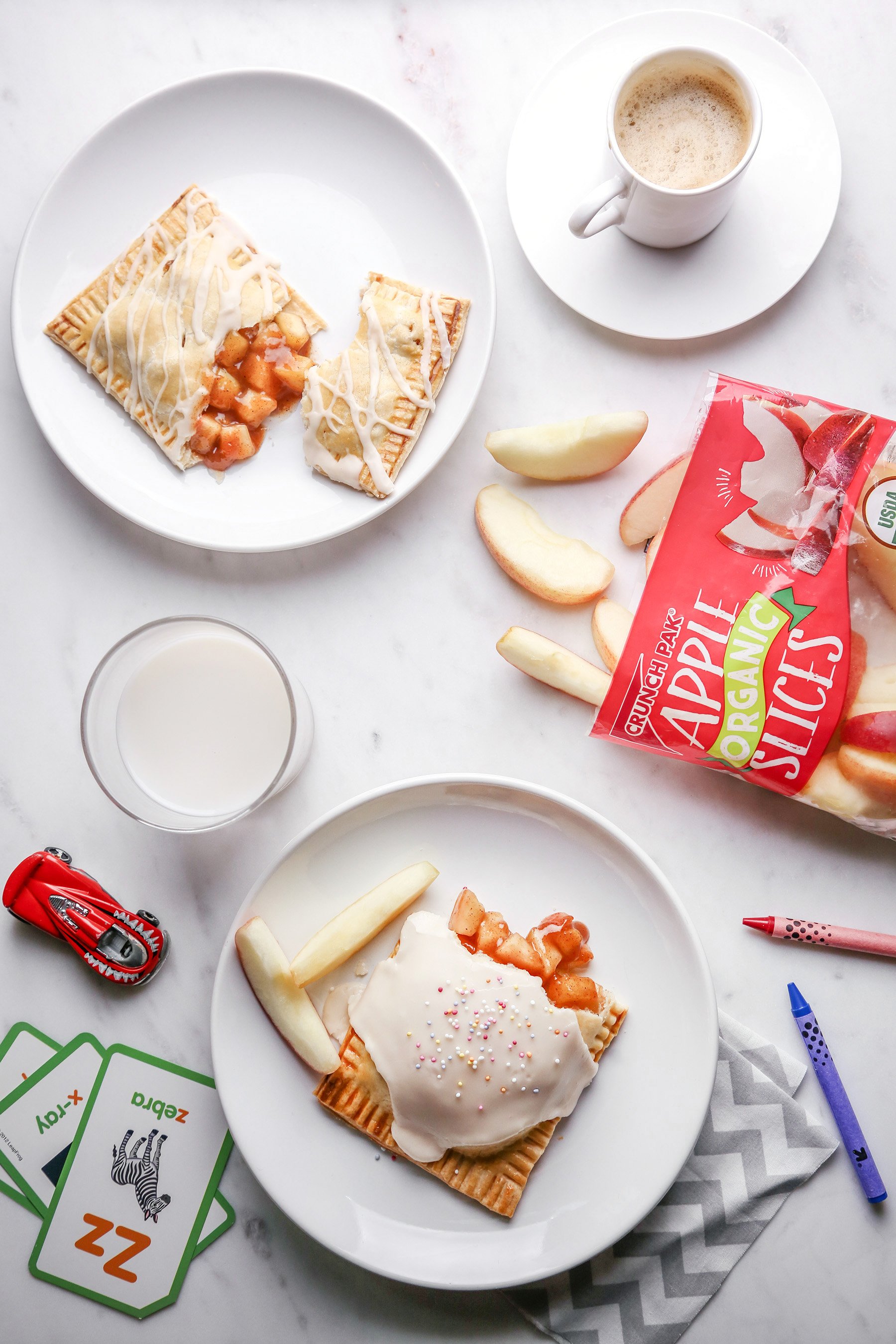 My kids were super impressed that their mom made homemade pop tarts, which they said were so much better than the ones at the store! Since my nephew’s birthday is only a few days away, I even made his extra special with some colorful sprinkles!

With this mom win, I’m looking forward to making more pop tarts in different flavors! What was your favorite pop tart flavor growing up? Let me know if the comments below!

These delicious pop tarts are simple to make and so much more delicious and healthier than the store-bought version! Vegan friendly and can also be made gluten-free or refined sugar free!